How to Recognize “ADR” in Your Horse

Home > Blog > Behavior > How to Recognize “ADR” in Your Horse 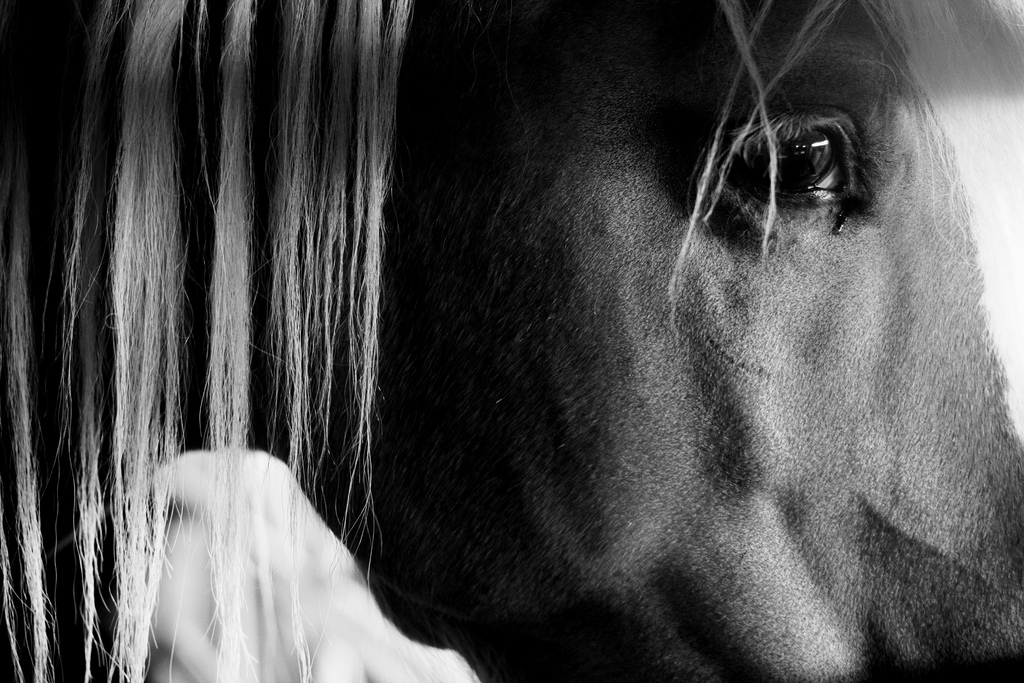 When I first moved to Texas, my dog, Jackson, was behaving strangely a few hours after going to a dog park, so I took him to see the vet.

No fever, vital signs seemed normal, he just wasn’t acting like himself. At the clinic, I saw that someone had written a note on his file—“ADR.” When I asked the vet what that meant, he informed me it stood for “Ain’t doin’ right.”

After some testing, it turned out he had a bacterial infection, probably something he picked up on our frequent trips to the park. Since I caught it early, treatment went smoothly and we were back at the park in short order.

Grammatical opinions aside, ADR is a good measure to live by. Since our animals can’t tell us with words what is bothering them, we have to use our observations. In my experience, horses are even more susceptible to ADR problems due to their sensitivity, size, and proclivity toward disaster.

I had one mare, Britannia, that was not recovering well after colic surgery and spent several days in the hospital. Things were not looking good clinically, and we were rapidly approaching the time to make a final decision.

The staff loved her because she was a super friendly, cooperative patient. That was what worried ME, as her owner, the most. This ears up, happy-to-see-everyone behavior in the barn was totally unlike her. I knew she was going to make it when the vet tech called one morning and told me she was pinning her ears and refusing to look at them. That was my girl—she hated being in a stall. Catch her in the pasture, and she’d be indifferent at best towards you; stick her in a stall and she was not a happy camper. (She was the best riding horse ever under saddle, though).

The sweet horse that had been standing at the door looking for attention in the days after surgery was definitely ADR—for her.

The gelding I currently have is really tough to tell when he’s not feeling right. He has weird moods, where he seems withdrawn or edgy and is nervous around some people. These moods seem to come up if he gets spooked, there’s a big weather change, or his routine is otherwise disrupted. He doesn’t get over stuff quickly, so his mood can last for a few hours after whatever event set him off.

When he’s “feeling weird,” he’ll let me halter him, but not anyone else. (I’m super short, and it seems to be a height issue. I don’t blame him—can you really trust someone who can reach the top shelf?!?).

I watch him closely when he’s in one of those moods, and I don’t hesitate to call the vet if there is even one symptom of a real issue. We’ve adjusted his diet under the assumption of ulcers, and it has helped reduce the frequency of his weirdness, but nothing has cleared it completely. He’s just a little sensitive.

If another horse acted like that, I’d call the vet immediately. With him, I watch more closely first.

So how do you recognize ADR in your horse? The best way to tell if your horse just “ain’t doin’ right” is to consistently spend time around him. Don’t just be a rider, become a horse person.

Go out to the barn and groom him as often as you can, even if you don’t have time to ride. Watch him play in the field for a few minutes when you turn him out. Observe his habits in the stall. You’ll know your own horse better than anyone, so when something just seems off, you can head it off or get it checked out when it first arises, before it becomes a big problem. Plus, spending time at the barn is never a bad thing!