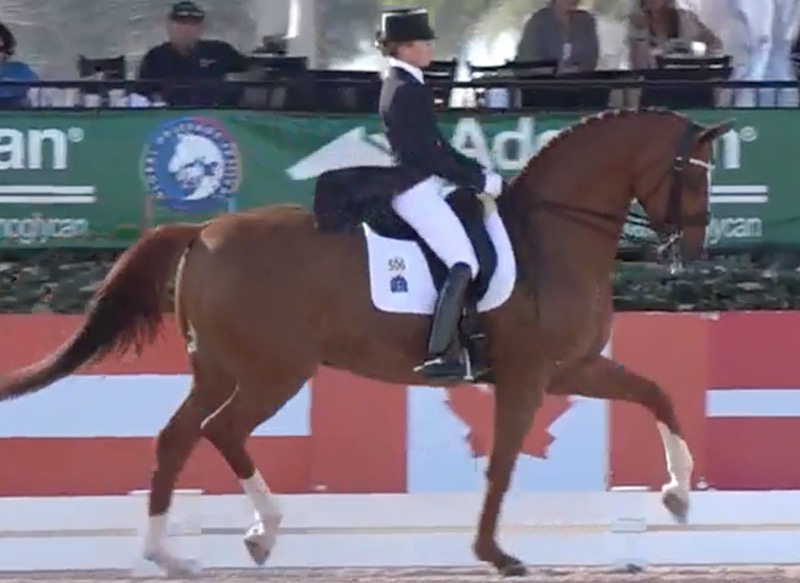 While others spent the summer competing and/or sipping margaritas while glued to the Rio Olympic coverage, Grand Prix dressage rider Lisa Wilcox (USA) was quietly preparing her top horse Galant for the upcoming season.

“This past summer, we trained. I call it my ‘summer of a million and one transitions’,” she said. “He didn’t show, he didn’t do anything but body-building and strengthening for Grand Prix. So now I feel like I have a second year Grand Prix horse.”

Their hard work paid off.

Wilcox and the 2006 Belgian Warmblood gelding came out strong in their first performance of 2017, earning a score of 71.340% in the Grand Prix to place them at the top of the leaderboard at the 2017 Adequan® Global Dressage Festival (AGDF) in Wellington, FL. 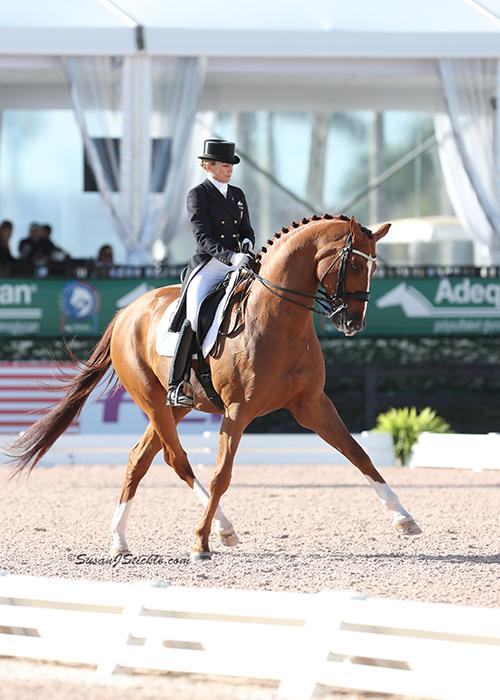 But there’s room for improvement, said the 50-year-old rider.

“I really liked the piaffe and passage, the extended work, (and) all of the trot work was lovely. The canter work got a little squirrely, it was a little up, so I lost my two (tempis). He got a little sensitive to my leg, so I got a couple of one (tempis) in my two tempi line and then just missed aiding correctly in my one tempi’s,” said Wilcox.

Her goal is to qualify Galant for the World Cup Final in Omaha.

“We will see how it goes. We also have a very fun freestyle, I’m looking forward to riding that Friday night,” she continued. “It will be brand new music for him (Galant). We’ve only had a chance to practice twice. We just got it. He likes the music, so I’ll be curious to see how he demonstrates that in the arena.”

Mikala Gundersen of Denmark and My Lady finished second with a score of 71.220%. Canada’s Megan Lane and her Olympic mount Caravella took third on 70.700%.