The Olympic Cross Country Course in a Nutshell: “Tough and Technical” 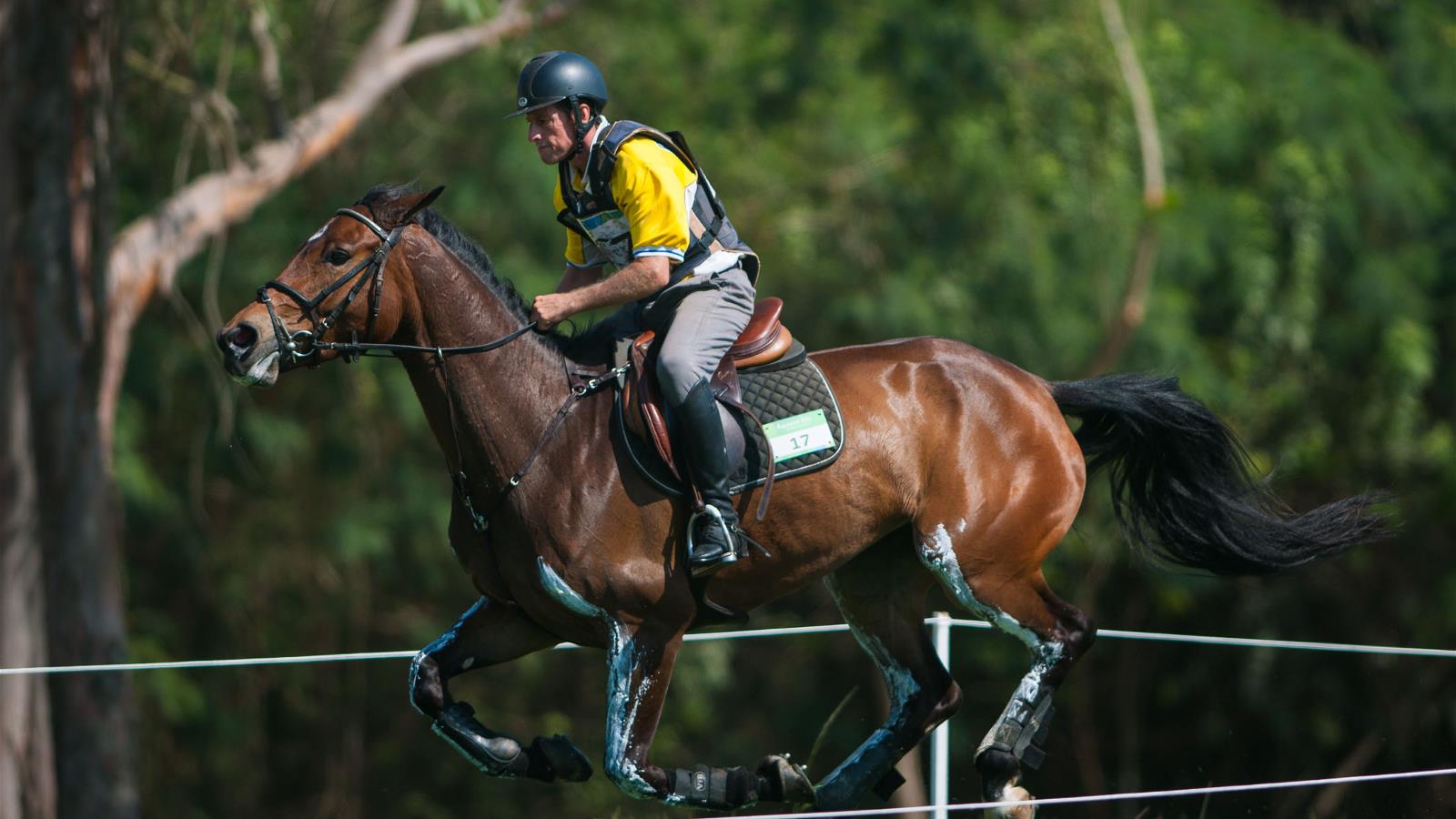 Put three individuals in a room and ask them what color the sky is and you’re bound to get different answers. People are funny like that. That’s not the case for the Rio cross country course. The general consensus here on the ground is that Pierre Michelet’s track is going to be hard. Like, really hard.

“I think for an Olympic Games, it’s the biggest Olympic Games course that I’ve walked, and I’ve seen a few,” says five-time Olympian William Fox-Pitt. “It’s got some questions.”

Here’s what the riders are expecting.

The course is technical from beginning to end.

Where are the problem spots?

“Every spot,” says Jessica Phoenix (CAN). “From leaving the start box to crossing the finish line.”

“The beginning, it’s a real question with the corners,” concurs Sandra Auffarth (GER). “You don’t know how tired the horses are until the end—it’s big enough to jump and also another question. You have to really concentrate from the beginning to the end.”

Technically, the Olympics are a 3* competition. The lower ranking is meant to accommodate the various skill levels of the different competing nations. But the course in Rio? It feels like a 4*.

“It’s a serious track,” says Gemma Tattersall (GBR). “I think he’s built a 4* track, which I don’t think any of us were quite expecting. It’s also very hilly. We’re all going to have to have our serious brave pants on come Monday and go out there and give it a good crack.”

“The fences come up quite quick,” says Clark Montgomery (USA). “The first bit is really twisty and up and down, but then it does open up a little bit more. For me, it’s going to be important not to go too fast in the beginning so that you have some horse at the end. That’s where a mistake can be made. You go a little too quick and lose your horse’s energy at the end, where you could be making up time.”

The time allowed is tight.

“I think the time is certainly going to be very influential,” reveals Lauren Kieffer (USA). “To make the time, you’re really going to have to be taking some risk and take some of those straight routes pretty head on. That leaves a lot of room open to make a mistake.”

Ideally, you want to be sitting on a veteran partner.

Clarke Johnstone expects experience will play into New Zealand’s favor come Monday. “I think the course is really good. It should hopefully suit our horses quite well. We’ve got four very experienced 4* horses on the team.”

For Australia’s Christopher Burton, not so much. “When I got here I thought, uh-oh, maybe we should go and get the 4* horse,” confessed the world #2.

“On my nine year old, first-time 4* horse I am very nervous about that cross country course. It’s a tough track…It’s a really testing 4* and I think it’s so good to see at the Olympic Games. But, it would be nice to have some more experience. He’s been a good cross-country horse up to date and I have a strong team behind me so we’ll have a go and do our best.

“We’ll know after if he’s a good horse or not.”

“It’s tough, tough. It’s very tricky. My guy, it wouldn’t suit him [Blackfoot Mystery] that much with all these twists and turns and angles, so I am really going to have to ride well to get him around clear and fast. There are a lot of angles and corners and narrows,” says Boyd Martin (USA).

“The one thing I have, this horse has tremendous speed and endurance, so I think I can afford to take my time at some of the tricky fences and really get him to look at it and press him the galloping lanes and make up some time. I’m quietly confident.”

The riders are going to be exploring all their options.

“At the moment, I am walking all of the direct routes,” continues Martin, “and I think going first [for Team USA] David will come and talk to me if the first six rides bomb out at one particular jump I might get advised to go a different path. I am basically walking all routes at the moment.”

Pippa Funnell (GBR) seconds that opinion. “It’s a course we’re all going to have to ride with our heads and really know all the routes. It could very well be a tactical game tomorrow. How the heat is affecting them. How the course is riding. We’ve really got to know the A, the B, and the C. And maybe even the D,” she says.

Which begs the question: is it an unfair test?

“Normally, the cross country at the Olympic Games is a bit easier because of the [lower] level of the qualified riders/nations. But maybe, I am not sure. This is my second Olympic Games. I think it’s a tough course and I think before it was a bit less. The course designer is a very intelligent person, he has a lot of experience and I think he knows what to do.”

Come Monday, the course will reveal all.

Shedding Drama at the Door

If you've been following the Thunderbird Harvest Welcome this week and didn't know who Katie Laurie was before, you certainly do now. On Thursday, the Australian rider captured the $37,000...

From third on the leaderboard to fifth then straight to first—the FEI U25 Division's youngest competitor at Thunderbird Show Park rode away with the biggest purse and the Series Championship...

There's $20,000 on the line this week in the international U25 Division at Thunderbird Show Park. Plus, a $1,000 bonus to the Division Champion. That unprecedented prize money is making...

Katie Laurie may be from down under. But she's coming out on top at Langley, BC's Thunderbird Show Park. Making her first international appearance with Casebrooke Lomond in Canada since...

If you build it, they will come. And so they did to Thunderbird Show Park. One hundred and twenty six of them to be precise. The Langley, BC venue plays...