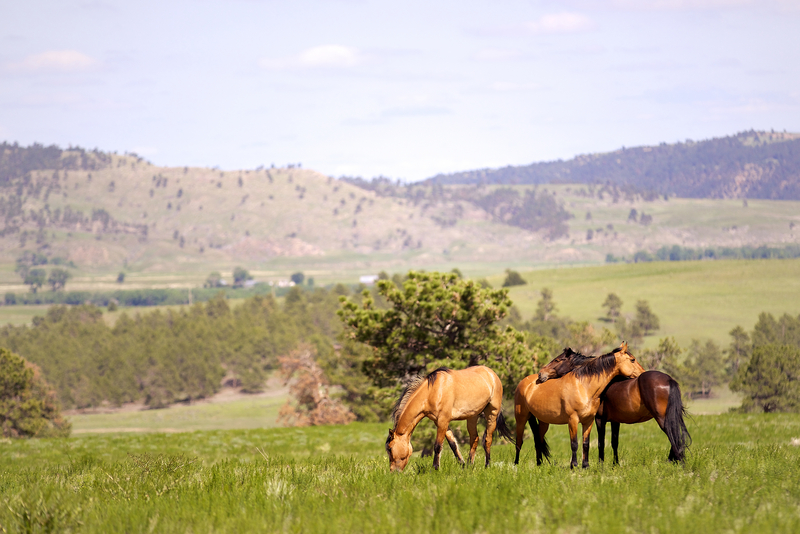 To me, horses have always symbolized life, love and friendship, because that is what they’ve brought me.

However, they’ve also brought me vet bills, bruises and heartache, but that’s horses for ya.

Horses have always been a part of folklore, mythology and history. To the wider world it appears horses represent all sorts of fun, fancy and positive things like freedom, nobleness, endurance, confidence, triumph, heroism, competition, strength, courage, faithfulness, power…So, basically everything.

However, some of what they represent is too deep for me to grasp. When I was in university I took an American new wave film class, and in addition to watching classics like Airplane and Easy Rider, we also watched Chinatown with Jack Nicholson and Faye Dunaway.

I don’t remember what the movie was about but I do remember that almost every single scene had a horse in it. Whether it was a horse statue, ornament, racing form, an actual horse, a race being called on the radio or Faye Dunaway’s character dressed in her riding togs, not an inch of that movie was untouched by horses.

I brought this up during our in-class “round table discussion” post-viewing and the professor marveled at my insight, as she had seen the movie numerous times and hadn’t noticed the horses at all.

I Googled, “Horses in Chinatown movie” believing this was a shoo-in essay topic for class, but it yielded nothing. Shocker. Roman Polanski probably knows why horses made an appearance in one form or another throughout the entire movie, but I suspect we never will.

When I was researching my piece on George Strait, I kept coming across posts about “The best horse songs”. I thought, how curious that someone might write a song about going to horse shows, remembering your course, filling out entry forms, trail riding, tacking up, cleaning tack, getting the farrier out, calling the vet, filling hay nets and lugging buckets of water around?

I doubted there were any true horse songs out there and thought no more about it. Until yesterday.

What are these “great” horse songs and what are they all about? I turned to my music streaming service and searched “horses” which seemed like a reasonable place to start.

Wild Horses seemed to be a popular title. It was so popular in fact that I stopped counting how many songs had same name after I reached 10, never mind the million different versions of each.

It’s a little surprising how many people think singing about wild horses is going to be a money spinner.

I scanned the lyrics of the 10 most popular songs with that title and from what I gather we have wild horses that drag people away and wild horses that are unable to. We are told through lyrical prose that wild horses cannot be ridden, and they should neither be fenced in nor tethered, which frankly I agree with.

Some of the “wildies” are told to run, some are asked not to run and some of them run within people which, sounds heart pounding. And one poor girl is told to wait for the wild horses, to do what with, I am unsure.

And while I understand “wild horses” is a metaphor for freedom, likely due to leaving your husband or wife, it’s a funny old way of telling a story.

Next, I moved on to runaway horses, and I have to say, this metaphor isn’t as appealing to songwriters. There are numerous instrumentals entitled Runaway Horse(s), though I’m not entirely sure why.

Two songs I heard are accurate I’d say, as they sing about runaway horses heading off blindly into the unknown while leaping fences and in a general state of panic. But why does that make a good song?

Then, when it comes to Belinda Carlisle’s song Runaway Horses, I struggle to understand what on earth is going on. One second, she is cutting her reins, which proves a counter-productive move because the next thing she is asking her horse to whoa.

Maybe she should have thought that through before taking scissors to those reins of hers. Then she goes on to ask her horse to whoa again, but at the same time wanting it to take her into the night. Which is it Belinda, whoa or go? You can’t have it both ways.

I’m only talking about songs with “horse” in the title rather than running with an overall horse theme because we haven’t got all day and there are a lot, and I mean a lot, of songs with a horsey theme out there.

Some artists either equated their throngs of women with a stable full of horses (not cool), or they refer to the horses under the car hood, which I think is maybe played out. But I’m not making millions of dollars with my prose, so maybe I don’t know what I am talking about.

Sometimes I think when singers use the noun “horse”, they actually mean Pegasus because no one, no matter how good you are, can ride a horse way up in the sky. I thought everyone knew horses can’t fly in any direction other than sideways.

A lot of songs using horses as the almighty metaphor seem to think there is something romantic about horses running around at night, which frankly, makes me edgy.

Many use the term “dark horse” and I have to say they’ve all managed to do so correctly. Though many use “dark horse” in conjunction with “white horse”, just for the juxtaposition, I suppose. I guess that is kind of clever, not sure.

I feel I ought to mention the old classic, A Horse With No Name by America because it’s probably one of the few songs out there where the horse is used in a correct manner. The song is not about anything other than getting away from the rigors of life. And a horse, no matter their name, is the perfect way in which to escape it all. We can certainly agree with that.

My take from this bit of writing is that I’m unable to see the romantic and poetic side of horses. Perhaps I have fallen face-first into too many manure piles to see past reality. Who knows?