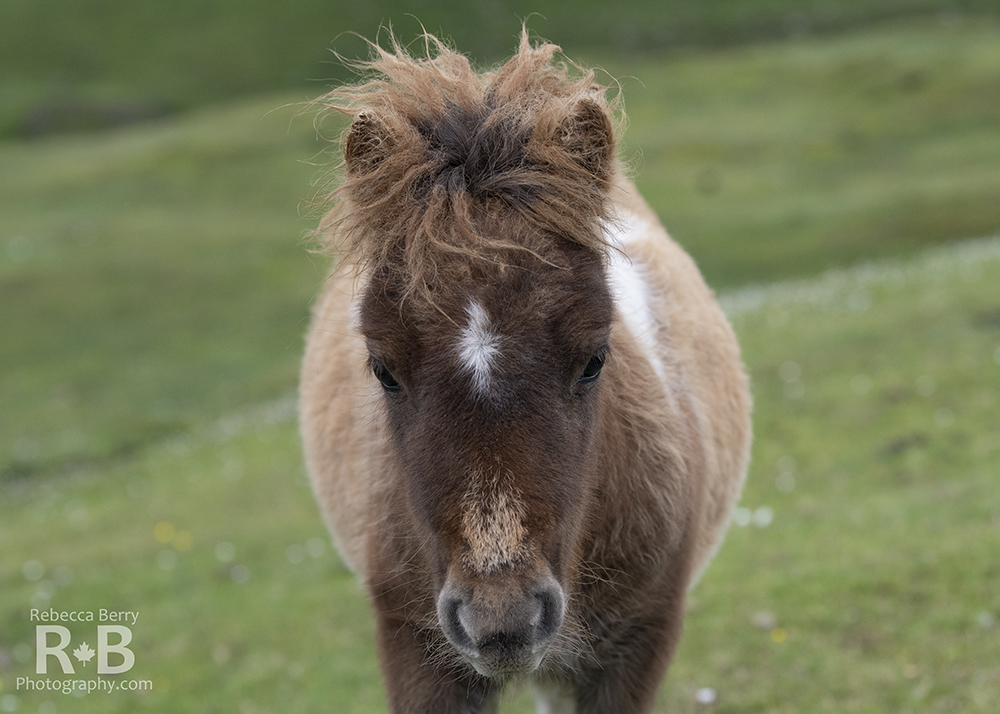 I arrived home less than 24 hours ago and it feels strange.

I stayed in 36 different places during my four months and eight days away.

That was a lot of chopping and changing but of all the places I stayed, my favourites were owned by horse people. I don’t know if it was because that basically makes them kin folk, or because they had horses that I could say hi to. Maybe they were just great places whether you like horses or not, it’s hard to know.

During this trip was the first time I experienced the wonder that is “glamping”.

Glamping is short for glamourous camping, in case you were curious about the name, and I have to say that despite my unwillingness to camp in an actual tent, I can get on board with glamping. I’m not highfalutin in any way, I just don’t like the idea of trying to make tea outside in the rain.

So, when I arrived at the Safari Cornwall glamping site, I was pleased there wasn’t a tent to be had. Instead, I was presented with a small private apple orchard, a wood-burning hot tub, two horse trailers and a view overlooking a field of quiet and reasonably well-behaved sheep and alpacas.

My home for two days was in Big Blue, which is a converted horse lorry with a full kitchen, a fireplace, a queen-size bed, a seating area and a half bathroom.

The other half of the bathroom, i.e., the shower, is in Bertha, a horse trailer conversion. Showering in a trailer may sound odd, but it was anything but. It was a roomy open-air shower with views as far as the eye can see. The back ramp that acts as part of the shower wall comes up just high enough to not leave you feeling too exposed to the Cornwall countryside.

I have slept in many horse trailers over the years but nothing as spectacular as this. Only horse people would think of something as unique as repurposing a trailer and lorry for a glamping site.

Another great place I stayed, though it has nothing to do with horses, was the Jamaica Inn.

My mom was a Daphne du Maurier fan, hence my name, and I knew my mom would be over the moon that I found my way to the Jamaica Inn. A place (once upon a time) of smugglers, rum and ghosts that inspired du Maurier to write her famed book of the same name.

Though there are no horses at the Inn, there are certainly plenty to be found in Bodmin Moor where the inn is located. As I drove around the moorland, searching for my third stone circle of the day I came across some “wild” ponies and foals. They, like the others I’ve written about, are owned and free-roaming rather than wild.

The UK has 16 native horse/pony breeds.

Though different sources say different numbers, 16 feels about right to me. I was lucky enough to find five of the breeds, which is easier to do than you might think, but no less exciting. If there is open moorland or heathland there is a good chance that free-roaming ponies and/or horses can be spotted.

Horses and the UK really go hand in hand, and I have always felt Britain is the motherland to (almost) all things horsey. There are enormous 200ft x 300ft chalk horses dotting the hillsides, these I found much harder to spot than the “wild” ponies. I managed to see four white hill horses, and despite their size managed to drive by two several times before spotting them.

The headcount for these chalk horses remains up for debate. Some sources say seven, while others say 14, 13, or even 21. If I keep looking, I am sure I will find more variations on that headcount. Some of the hill horses are young twenty-somethings while the vast majority of the others are a hundred or two years old with some even dating back as far as 1000 BC. Whether there are 21 or seven, finding even one is exciting and well worth the effort.

Though I only succeeded in finding one that had a race day while I was in the area and that was the Perth Racecourse in Scotland. There are four interesting points about the racecourse.

One: it’s a national hunt course which I found fascinating as I’d only seen flat racing. Two: the racecourse is on the same estate as Scone Palace. Three: Scones were not invented there. Four: it cost £30 to watch the races. £30 seemed like a hefty price to me, but not to the hundreds upon hundreds of well-dressed Scottish racegoers.

Racing is a big deal in the UK, so big in fact that the small British island that could fit handily into the province of British Columbia four times, has 60 flat and national hunt racecourses. They stretch as far north as Perth, Scotland, as far south as Newton Abbot, Devon and two in Northern Ireland. The number 60 isn’t taking into account the harness racing tracks.

Along with spending time with the Kelpies, meeting David Thelwell and visiting the James Herriot Museum, I also found my way to the Royal Highland Show in Edinburgh. Having never attended a county/agricultural show in the UK I wasn’t sure what to expect.

I can now tell you, you can expect everything from lumberjacks to tractors and from show jumping to sheep shearing. There were so many different horse breeds and competitions it was impossible to see them all, but I did my best and even saw some yellow sheep along the way.

There are over a hundred county/agricultural shows in Britain between the months of May and October. That is a lot of cotton candy and mini donuts.

There are only seven CCI 5*L in the world and the UK, which I feel I should remind you is tiny, and has two of the oldest ones which are located only 150 miles apart.

There are hundreds of horse trials run in Britain during spring and summer and finding one is easy. Many take place on estates, as with Badminton and Burghley, so not only are you watching amazing horses and riders but you are doing so on a spectacular piece of property with a really nice house on it.

If horses are what you are after, then the UK has them in spades. And since the UK has so much to offer for the non-horse person in your life, I think you could easily trick lure sweet talk “happen” upon something horsey to do and your significant other and children would be none the wiser.

The British Isles does indeed equal horses for miles.