Expecting the Unexpected at Pratoni 2022 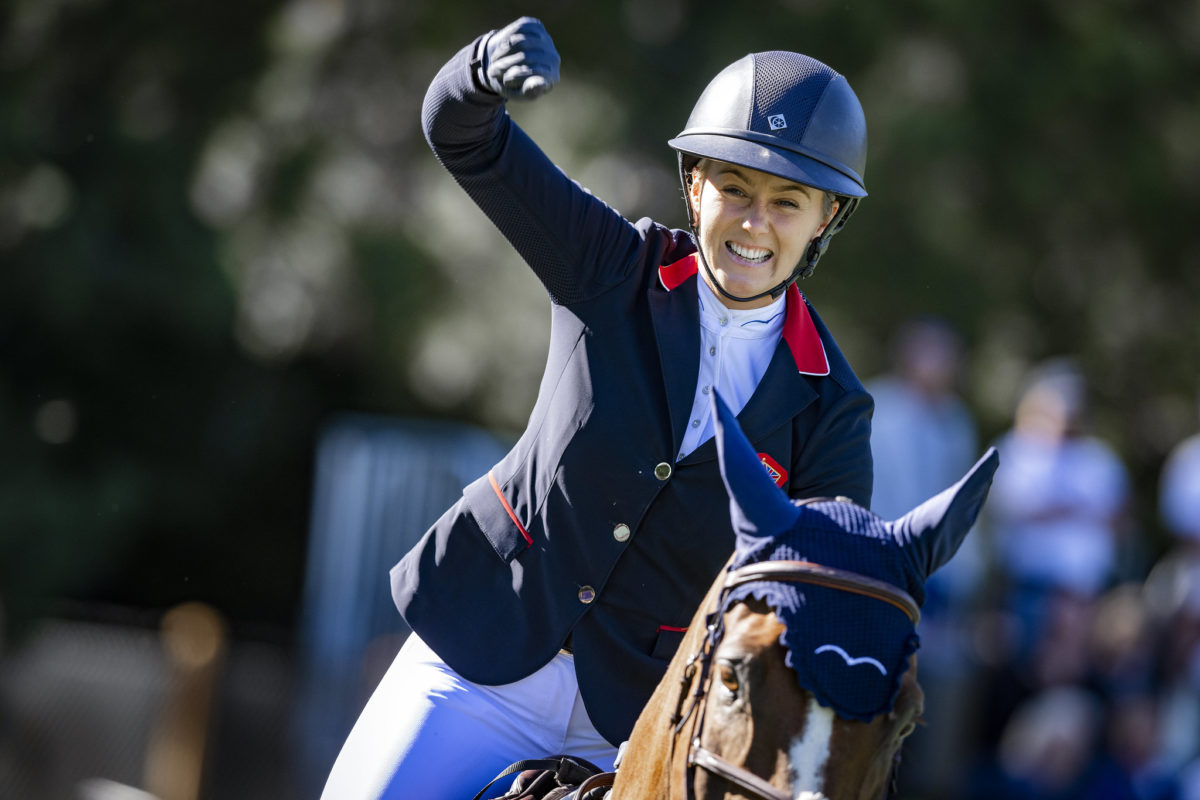 In the sport of eventing, it’s the cross country phase that’s been dubbed “moving day” for its uncanny ability to rearrange the standings.

Well, at the FEI Eventing World Championships at Pratoni del Vivaro, Italy it was the show jumping final. After cross country day we might have thought we had all the cards sorted, but if there’s one thing all eventers can agree on is that anything is possible when three disciplines are involved.

After Saturday’s cross country phase it seemed rather certain that Olympic gold medalist Michael Jung (GER) and 14-year-old gelding fischerChimpmunk FRH had another World title in his grasp. On a record dressage score of 18.8, it would take quite a few mistakes in the show jumping phase to pull the individual gold from his reach.

He was also in contention to beat his own world record finishing score, a 20.1 he achieved on fischerChipmunk’s CSI5* maiden at the Land Rover Kentucky Three-Day Event in 2022.

Jung dropping from his pole position seemed unlikely. Yet when he contested the Uliano Vezzani’s (ITA) 13-fence designed track he found trouble at the double combination and the final planks, collecting eight faults on his way to the end timers. He finished fifth individually on 26.8 points.

A challenging course, only 12 riders out of the 68 combinations went clear, and one of them was Ingham. The young talent was following steadily behind Jung on 23.2 points. Putting together a foot perfect round with 11-year-old Banzai Du Loir, she wouldn’t have to settle for silver after all. Not even at her World Championship debut.

“It was amazing to be given the opportunity to compete here along with a British team who are seasoned pros so I’ve learned a lot. The support team have been fantastic and a huge thank you to them,” said Ingham, who is also the current world number 20.

She didn’t ride for the team this time but she’ll no doubt make an appearance in the not so distant future. Having a World title, Ingham can lump herself into the “seasoned pro” category now. Color us impressed but not surprised, her young rider career has already been embellished with remarkable successes.

Back in 2018, she awarded the Godman Cup for the most points gained by a British rider in eventing aged 21 and under. In 2021 she won the CCI4*-L at the 2021 Blenheim Palace International Horse Trials in England.

While it can be said that the result is evidence she’s ahead of a promising career, the magnitude of the moment isn’t lost on her.

“Banzai is the best horse I’ve ever sat on and I don’t think I’ll ever sit on a horse like him again. He is incredible in dressage, he has so much presence, he’s fast on the cross-country, he’s agile, he’s brave and then coming into the show jumping today he showed everyone that he was jumping a clear round and there was no two ways about it. I wouldn’t want to be sat on any other horse,” said Ingham.

Fear not, Jung still walked away from the World Championships with a gold medal around his neck. He, Julia Krajewski, Christoph Wahler and Sandra Auffarth finished the event on a combined score of 95.2. Despite some initial feelings regarding his loss of the individual title, there was no dampening his mood or pride of fischerChipmunk.

“To lose and win at the same time is a strange feeling to be honest. But I’m very happy, it was a great day, my horse jumped amazing, he was in super form, all of us were in good form,” said Jung.

“I just want to thank all our team behind us who help us come here and have a good performance all week and to win the gold medal with the whole team is amazing.”

The unpredictability of the results is part of what makes eventing exhilarating to watch. At least that’s what Auffarth thinks.

“It was cool for everyone to watch because it was so up and down for all the teams. I did not have the best round, I have a really good show jumper but today he was a bit not concentrated and impressed by the atmosphere so after that we were fighting, but we were very happy in the end that we made it,” said Auffarth.

Krajewski’s show jumping efforts is what helped them secure the win. She finished on her dressage score with her Tokyo 2020 Olympic gold medal partner, 13-year-old mare Amande de B’Néville. Their 26 point score in Pratoni also secured them the silver individual medal.

“[Amande] jumped her socks off. My goal was to finish on my dressage score and I did. I knew she could jump clear but you really had to get it together today because that was a tough course,” said Krajewski.

Team silver was special for the Americans

Silver might not be a win in everyone’s eyes, but for the U.S. riders it was. They haven’t seen a World Championship podium since 2002, which was only their second since the event’s conception. Boyd Martin, Tamra Smith, Lauren Nicholson and William Coleman finished on a combined 100.3. Their efforts broke the nearly 20-year long podium drought, much to the satisfaction of veteran team member Martin.

“For us to have five clear rounds in the cross-country yesterday was awesome. I’ve been on many of these championship teams and it was so close over and over again today so it’s a massive sigh of relief,” said Martin.

Smith dropped two fences on course on Sunday, but the beauty of a team event is that members help shoulder each other’s errors when they happen to celebrate successes together.

“We came here to do our best and we all knew potentially we could medal but we are pleasantly surprised. Looking at the results and we are less than 0.4 from third, and it just shows the quality of the field. I’m honoured to be here,” said Smith.

New Zealand made them work for that second place, their 100.7 securing bronze.

“This is not a position we’ve been used to in some time…we’ve had a great week, all very solid, and what a finish. We’ve had faith in him from the start, he always been an out-and-out jumper but to get into Sunday and use that in the best way is just incredible,” said Price.

“We worked so hard for this, we focused on it for years, this kind of major event with the team behind us and the nation behind us it means everything!”