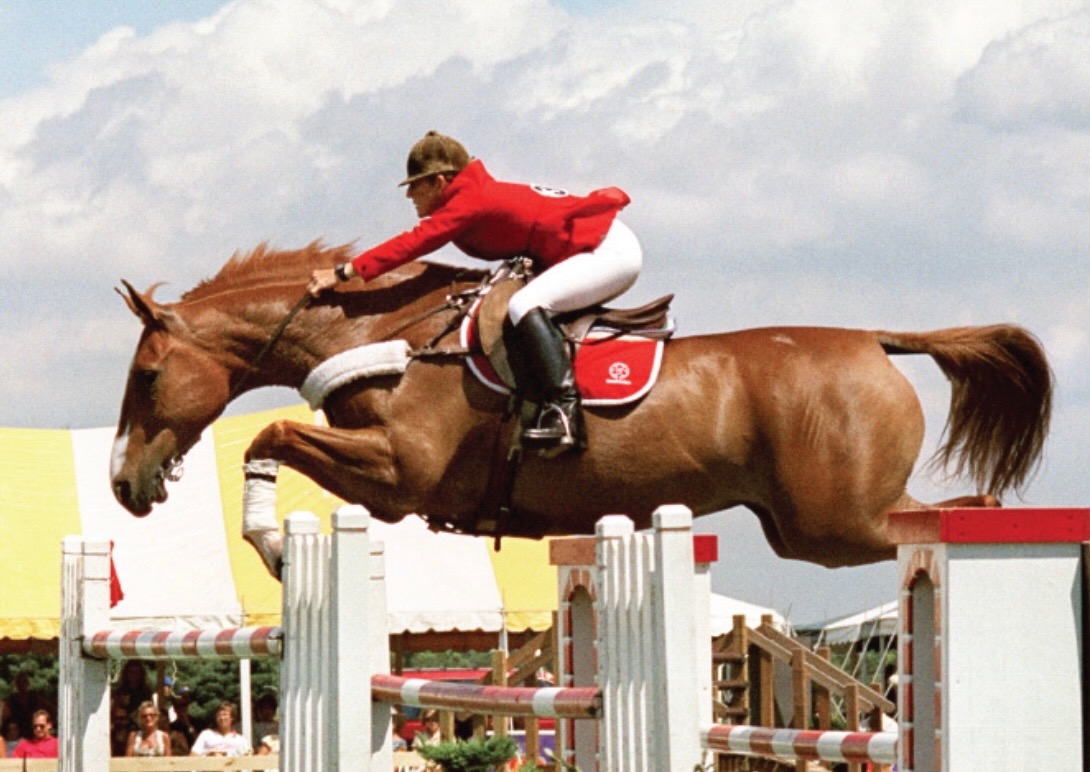 Susan Hutchison’s career in show jumping has been highlighted by more than 80 Grand Prix wins.

Hutchison has earned victories at some of the nation’s most prestigious horse shows, winning such events as the Los Angeles National Grand Prix and the Grand Prix of New York at the National Horse Show at Madison Square Garden. She also won the Mercedes Challenge Series in 1989.

In 1992, Hutchison was named American Grandprix Association (AGA) Rider of the Year and was voted Rider of the Year by The Chronicle of the Horse. In 1993, she was the first recipient of the Mark Mullen Perpetual Sportsmanship Award of the Pacific Coast Horse Show Association and was Leading Rider of the Desert Circuit Series in Indio, CA.

In 1994 she was selected to ride for the U.S. in the show jumping World Championships at the World Equestrian Games in The Hague. Riding her longtime partner Woodstock, on whom she had earned more than 20 top three Grand Prix placings, she helped the U.S. to a fifth place finish.

In 1995, Hutchison was nominated for the AHSA Equestrian of the Year Award. She was also voted California Horsewoman of the Year by the California Professional Horsemen’s Association (CPHA).

Hutchison began riding at the Flintridge Riding Club with Jimmy Williams when she was five years old. As a junior, she competed heavily, winning every horseman finals offered on the west coast. At age 18 she became a professional, winning countless championships in both the jumper and hunter rings. She has had a hand in the training of many noteworthy young jumpers, including riders like Olympic medalist Anne Kursinski.

Hutchison has served on the U.S.’s Active Rider Committee and was selected to judge the USET Medal Finals in Gladstone, New Jersey. In her 46th year as a professional, she remains an active and extremely successful Grand Prix competitor. She was honored with induction into the Show Hunter Hall of Fame in 2015.