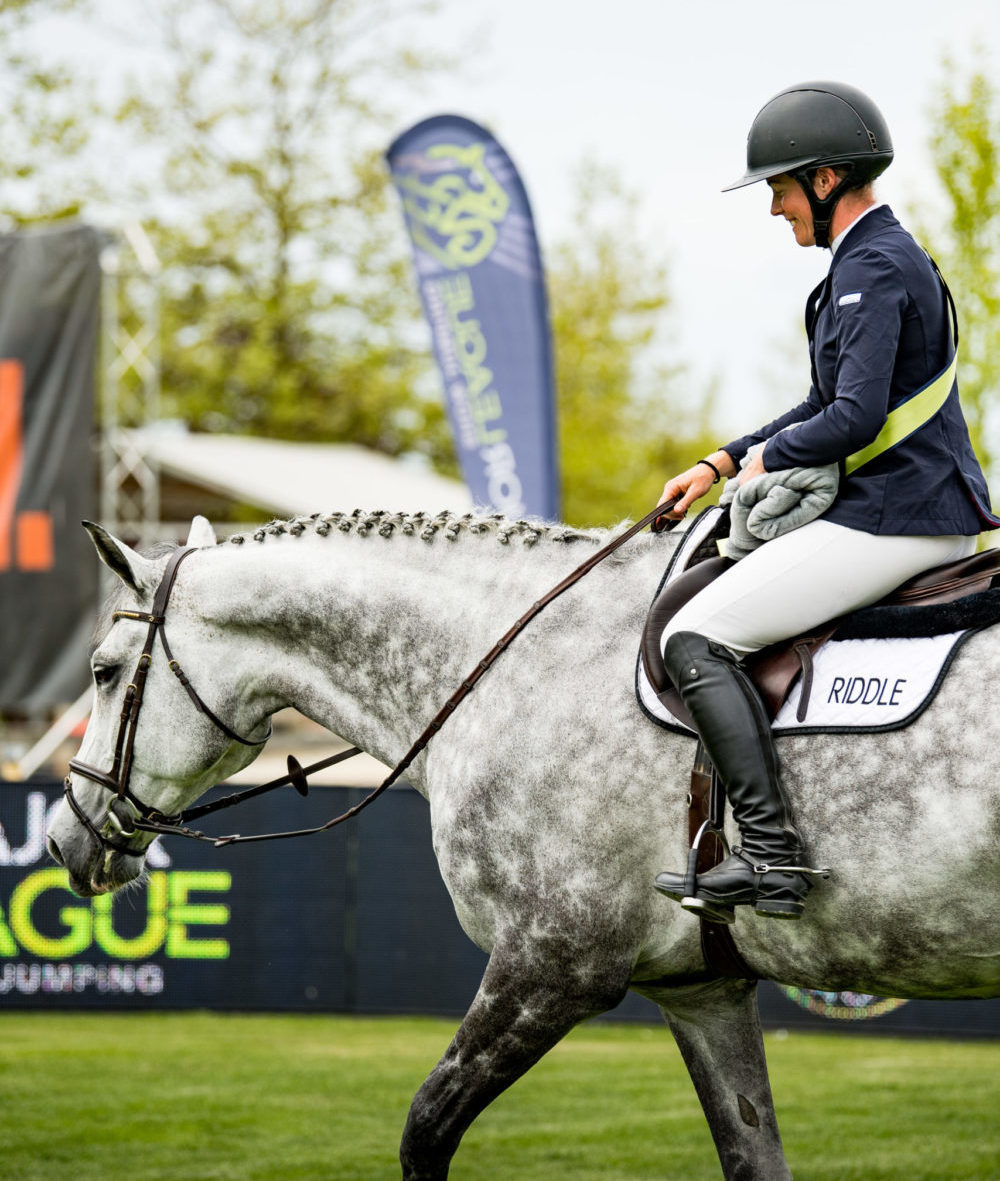 “I’ve been showing at Thunderbird [Show Park] for over ten years now. When I first started coming here, I was jumping the meters,” said Canadian rider Madelaine (Maddy) Riddle.

But she’s not jumping just the meters anymore. Today, Riddle logged her first ever FEI win in the Canadian Premier Welcome 1.40m CSI2*. Home is the sweetest place to capture milestone moments, and for Canadian riders that place is tbird.

“It’s the first time I’ve taken Cato [Minor J], into [the Fort Grand Prix] arena. He’s never been to this show grounds before. He’s a relatively new horse for me,” said Riddle of the 15-year-old gelding.

“I got him last year and only showed him in a handful of classes, then he actually had an injury and was off for the rest of the year. So, I’ve really only jumped him in about seven or eight classes.”

Back in the ring, Riddle didn’t pick up her canter with the mind to win the two-phase class, yet as her course began to flow she started to make bolder decisions. Just as the spirit of any true competitor.

“I’m doing the 2* this week, so all I wanted was to have a nice round and it just seemed to go our way today,” said Riddle.

“He jumped the combination great and at that point I knew I was in the speed and I wanted to be a little bit competitive. Though since it was our first time in the ring, I also wasn’t going get too crazy.”

Competitive but not too crazy translated to the optimum time of 31.64 seconds, just 00.01 seconds faster than runner up Patricio Pasquel (MEX) and eight-year-old Alicia.

Though their history as a partnership is brief, it’s no surprise to Riddle that she was able to achieve a personal best with Cato, a horse she described as perfectly suited to her in style and personality from the very first ride.

“I like them when they have blood, and to be brave and bold, all of the things which Cato is. For me, not too careful because I am an amateur. But I also want them to try and keep the jumps up.”

“He’s a bit fussy. He likes to throw his head around and play. For me, I just get along with that. I don’t mind it when they want to play a little bit. He roots, fusses and tosses his head around and I’m kind of like ‘oh, he’s having fun’,” said Riddle.

Riddle has a type, evidenced by her choice in horses. Her unusual amateur affinity for playful quirkiness is something she discovered through her last horse, and Cato is happy to amuse her.