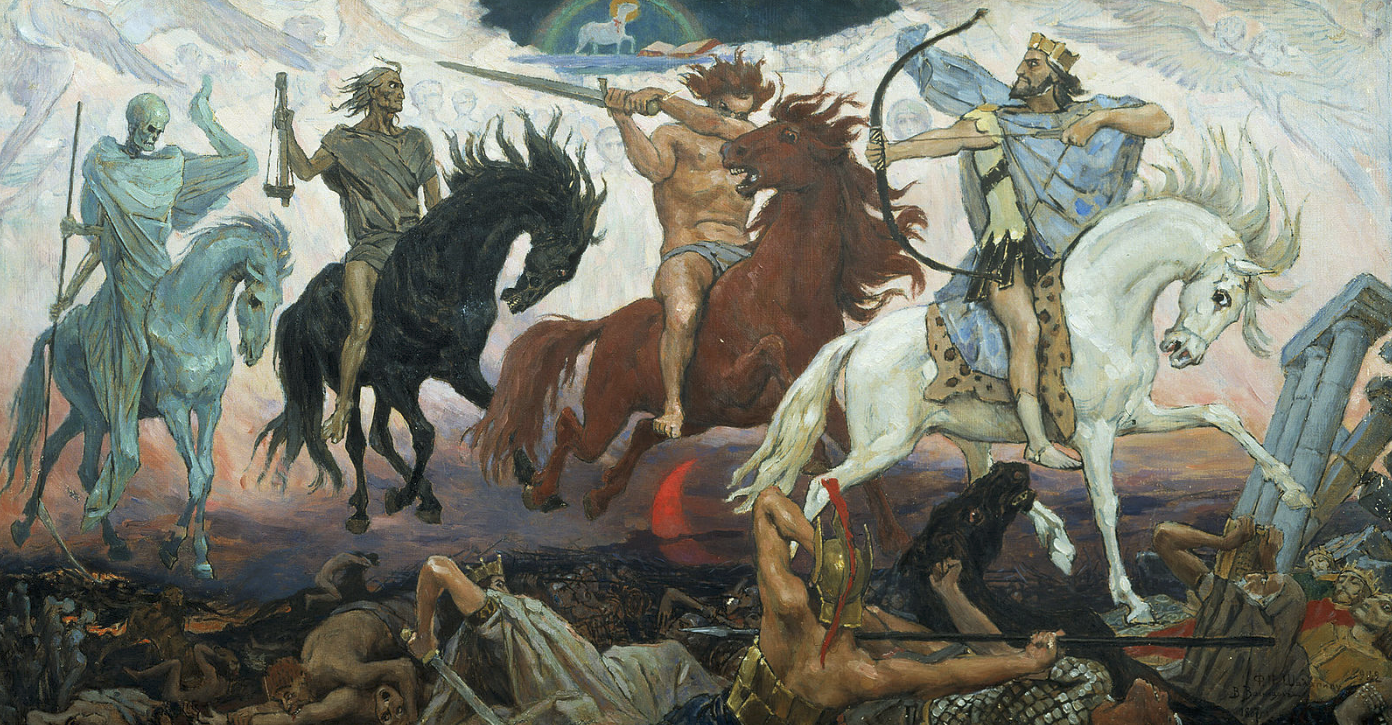 Only a dark horse can cause an upset. Death rides a pale horse. And a green horse, well isn’t green at all.

Why do we say such things and where on earth do they come from?

The term dark horse refers to someone winning unexpectedly, proving themselves in a surprising way or revealing an unforeseen talent. For example, I’d be considered a dark horse if you found out I worked part-time as a ballet dancer. If you’ve seen me move, you’d know that’s unlikely.

The first known mention of the phrase came from Benjamin Disraeli’s novel The Young Duke written in 1831. In it, he writes, “A dark horse which had never been thought of, and which careless St. James had never even observed in the list, rushed past the grandstand in sweeping triumph.”

Then, it’s no surprise that the term dark horse was picked up by racegoers as slang for a horse that won a race which no one knew much about and attracted little attention. An upset, as it were.

This term has also been used often in politics since 1844, or thereabouts. Perhaps not coincidentally, for the same Benjamin Disraeli who coined the term, aka Earl of Beaconsfield and Viscount Hughenden of Hughenden, was a British Statesman and twice prime minister of the UK.

So, more than 150 years later, Disraeli’s legacy lives on in two different worlds through this common expression.

You’d think death ought to ride a dark horse or black horse, but instead, he opted for a pale one. I’m not too ashamed to admit that I had no idea where the quote came from, though I’m sure there are scores of you out there blaspheming me for not knowing about this.

We turn our attention now to the Book of Revelations (6:1-8) and the four horsemen of the apocalypse, for this is where we will find death and his pale horse.

Until I researched this, I thought death rode alone, but it turns out he has three co-conspirators.

Conquest is the first of the horsemen and he rides a white horse and carries with him a bow and a crown, and he represents either Christ or the Antichrist, depending on whom you ask.

War is the second horseman, and he rides a bright red horse wielding an almighty sword leaving destruction and bloodshed in his wake.

Famine rides a black horse and holds in his hand a pair of scales and wipes out all the wheat and barley leaving those behind to starve.

Death rides a pale horse and is followed closely by Hades. “They were given power over a fourth of the earth to kill by sword, famine and plague, and by the wild beasts of the earth.”

Death is often depicted as a skeletal form, and his mount is also often skeletal, or undead. Hence the paleness.

So, death does not ride alone. Noted. And on that happy note, we will move along to the color green.

Even though the word “green” doesn’t pertain to horses and riders alone, I did wonder why that color, in particular, is used to describe any human or animal that is inexperienced. Why green and not blue or red?

I figured it had something to do with a tree, like a green branch that you are unable to snap in two and, for a change, I wasn’t completely wrong.

This term, though no one knows for sure, likely came from the meaning of unripe/immature fruit or unseasoned wood and has been used as such since the 1600s. Green is the word of nature, or so I have read, young and unseasoned, such as grass and leaves. And while I buy into this for obvious reasons, what I don’t care for is the vision of a brown leaf falling to the ground, knowledgeable and experienced, but on its way out. That last bit about the pale horse has got me thinking negatively, I see.

The word green, in its adjective form, stems from many languages such as Old English, Old Frisian or Old Saxon to name but a few, but what I found most interesting is that it also comes from the Proto-Indo-European root ghre which means to grow…like a growing green horse, for instance.