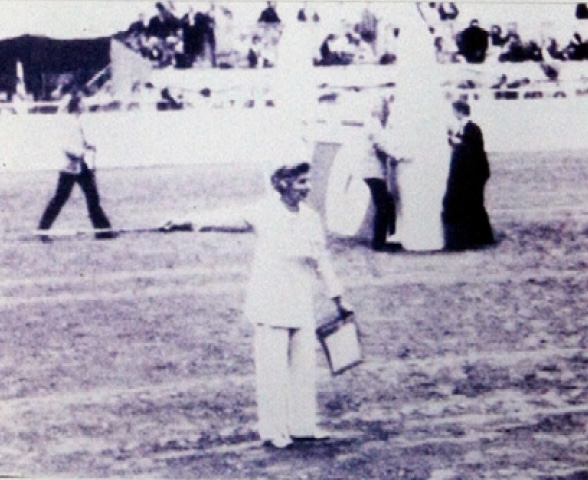 Each week on #HallOfFameThursday, Horse Network recognizes members of the Show Jumping Hall of Fame with an inductee’s plaque, historical photos and, on the first Thursday of every month, an historic article about a Show Jumping Hall of Famer. This week’s featured inductee, in celebration of Women’s History Month, is Pamela Carruthers, Class of 1996.

Pamela Carruthers carved a niche for herself at the pinnacle of international show jumping course design.

Her work combined the creative talents of an artist, a landscape gardener and an architect with the skills of a tactician and an innovator, not to mention the expertise of a construction foreman. Carruthers’ approach changed the course of the discipline, yet the only reward she desired was to see the capabilities of horses and riders improve.

Carruthers was a show jumper and hunter exhibitor in England in her younger days. For a number of years she flew all over the world from her home near Chippenham, England, to create challenging Grand Prix courses at the most prestigious international events as well as in countries with limited international experience.

She was invited for ten years in a row—1973 to 1982—to create the Grand Prix course for the American Invitational in Tampa, Florida, the United States’ premier show jumping competition. Carruthers was a primary influence in the planning and development of Spruce Meadows in Canada, where she was course designer for many years. She served as Technical Delegate for the 1982 World Championships in Ireland, and for the 1988 Seoul Olympic Games. She also served two terms on FEI jumper committees.

Carruthers’s signature in Grand Prix competition was a course with tall uprights and solid, wide oxers that required great courage to attack. Her distances in combinations were often scopey, but always rode well—to riders’ relief. Her goal was to challenge the skills of both horse and rider, as well as to engage the emotions of the audience. An ideal first-round course, Carruthers believed, allowed no more than six or eight competitors to complete it without fault.

Carruthers laid the foundation and set the standards in Grand Prix show jumping course design for later generations. Her style has profoundly influenced many designers, including Linda Allen, John Doney and Richard Jeffery, who all trained under her and perpetuated her principles in their work.