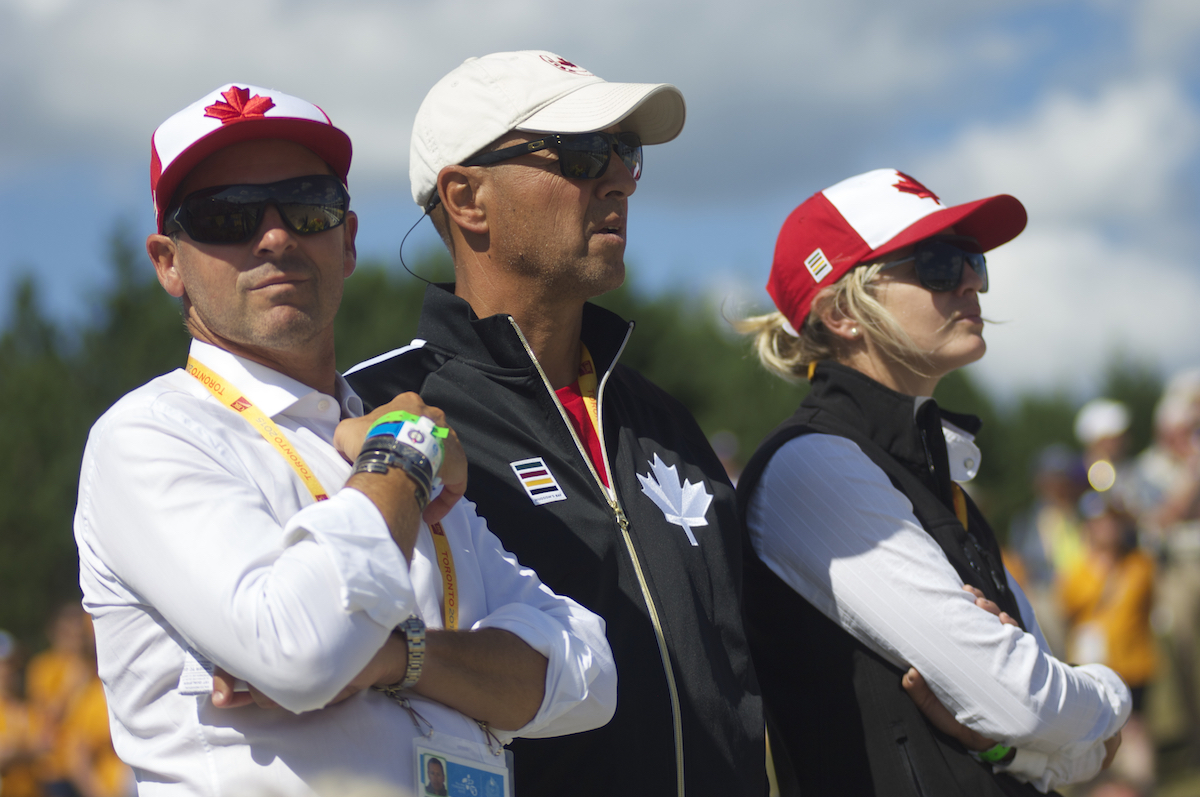 The end of an era. And the start of another.

In bittersweet news, Canadian Olympic gold medalist Eric Lamaze announced his retirement from competition today to focus on his health. A legend in equestrian sport, Lamaze has been battling a brain tumor for the past five years and was recently appointed chef d’equipe of the Canadian team.

Full press release is as follows:

Olympic champion and Canada’s most decorated show jumper Eric Lamaze has announced his retirement from competition. Over the past thirty years, the 53-year-old Olympian carved a path in his career to the top of equestrian sport through the sheer force of his talent and determination.

The celebrated Canadian rider, who has been battling brain cancer since 2017, last competed for Canada at the CSIO5* Spruce Meadows ‘Masters’ tournament in Calgary, AB, where he anchored the Canadian Show Jumping Team to victory in the BMO Nations’ Cup in September 2021.

Born in Montreal, QC, Lamaze began competing at the grand prix level in 1991 and a year later was named to the Canadian equestrian team. His first major competition as a national team member was the 1994 World Equestrian Games in The Hague, Netherlands.

In 2004, he met his ultimate partner, Hickstead (Hamlet x Ekstein), the Dutch Warmblood stallion purchased by John Fleischhacker. Three years later, Lamaze became the first Canadian jumping athlete in 20 years to make the top ten in the Fédération Equestre Internationale (FEI) world rankings. The duo was considered the best competitors of their era, claiming Olympic gold in 2008 and leading Canada to a team silver medal.

Together with Hickstead, he also earned an individual bronze medal at the 2010 World Championships in Lexington, Kentucky, where his beloved partner was awarded the title of “Best Horse”. They won team silver and individual bronze medals at the 2007 Pan American Games in Rio de Janeiro, Brazil and every major grand prix show jumping title including Calgary, Canada (2007 and 2011); Geneva, Switzerland (2008); Aachen, Germany (2010); La Baule, France (2011) and Rome, Italy (2011).

Lamaze and Hickstead were inducted into Canada’s Sports Hall of Fame as part of the class of 2020–21 and Lamaze received the Order of Sport, Canada’s highest sporting honor for the induction. Most recently, Lamaze was named Equestrian Canada’s (EC) Technical Advisor, Jumping, which includes acting as Chef d’Equipe for the Canadian Show Jumping Team.

Since taking over the position, Lamaze has guided the Canadian Team to second-place finishes in Nations’ Cup competitions in Wellington, FL and Coapexpan, Mexico in March 2022. Given his proven track record as both an Olympic athlete and trainer, combined with his personal popularity, there has been an enormous swell of excitement and pride for his leadership role with the team.

“I would like to congratulate Eric on his retirement as a competitor and thank him for his unwavering dedication and passion for equestrian sport over the past three decades,” said EC Chief Executive Officer, Meg Krueger. “His many unmatched achievements are an enduring legacy in Canadian show jumping history. We are saddened that we will no longer have the joy and excitement of watching Eric compete as an athlete but look forward to his contributions and success in leading our Canadian Show Jumping Team into the future.”