Home > Blog > Health > What Ever Happened to “Serviceably” Sound? 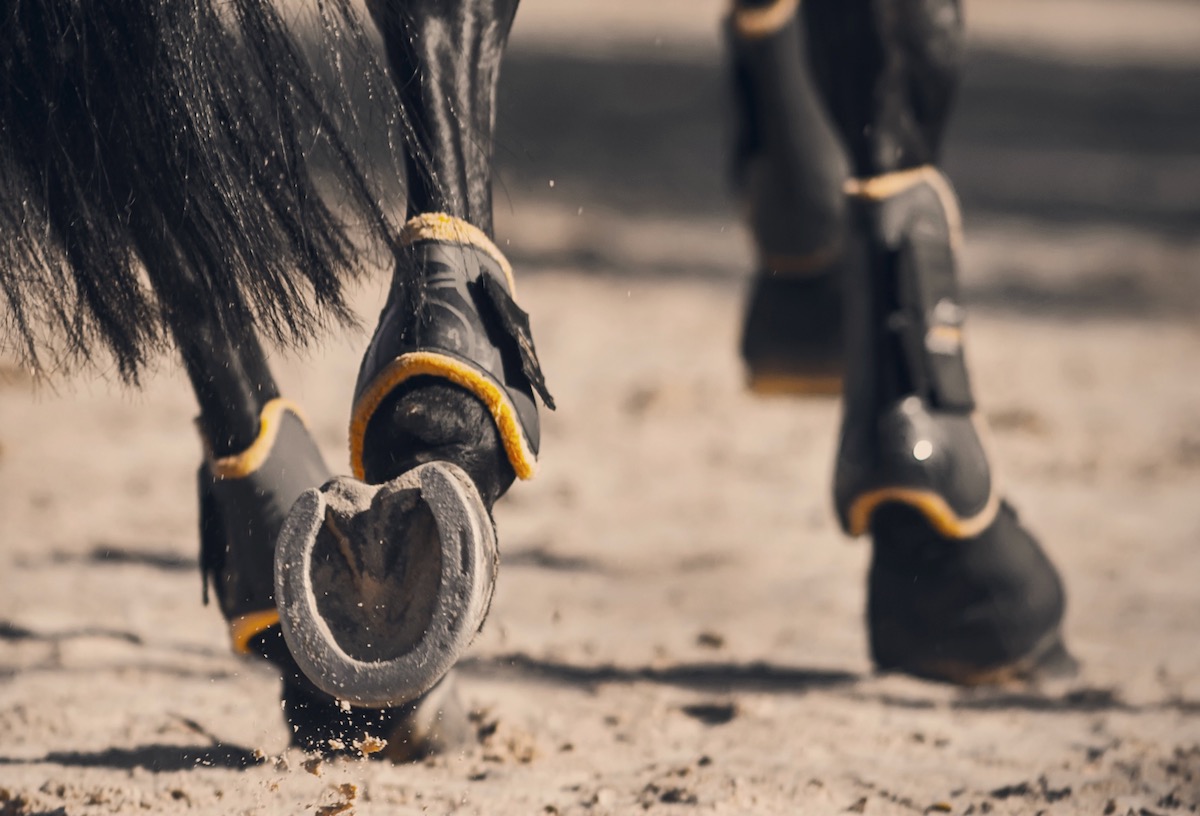 When I first got out of veterinary school and started looking at horses prior to purchase (usually referred to as a “vet check” or a prepurchase exam), the horses usually fit into one of three categories.

The first category was the horse with no problems noted at the time of the exam. That decision was usually pretty straight-forward. I’d look at the horse and if I didn’t find or see any problems, that was usually that.

The third category was what used to be referred to as “serviceably sound.” That is, the horse may not have been perfect, he might have been a little stiff going in one direct, but he had been doing his job for a long time and, in my opinion, he could probably keep doing the job that was asked of him for a good while longer.

But today, in this day of X-raying every bone, pushing, prodding, flexing, and making SWAGs (SWAG = Scientific Wild-A** Guess) about the future, I’m often left wondering, “What happened to that horse that was serviceably sound?”

ASIDE: About two years ago I was asked to give a fourth opinion on a 20-year-old warmblood horse. The horse had been through the entire diagnostic gamut: MRI’s and bone scans, ultrasound and X-rays of most every bone in the horse’s body. She’d had expert opinions from hospitals and radiologists. She wasn’t moving 100% sound and all of the diagnostic tests and all of the expert opinions confirmed that the horse should never be ridden again (I know because I saw the reports)

As you might imagine, I wasn’t immediately sure what I could bring to the table, what with all of the diagnosing and opining that had already gone on. Nevertheless, I ran my hands over her legs, felt the slight swelling in her stifle joints, and I noticed the stiffness when I flexed her legs. This sweet, patient mare never objected to anything that I did and never fought back against anything I asked. Next, I asked to watch her move. She certainly didn’t have a full, easy moving gait but she moved willingly: happily. So I asked, “What do you want to do with her?”

The owner, who obviously cared about her horse enough to float the budget of a few small countries, said, “I’d like her to be able to give lessons to kids.”

The owner, furrowing her brow, responded, “But what about all of the reports?”

Today, three years later, the old girl regularly and happily gives lessons to kids in a riding program. She doesn’t go very fast or for very long, and it helps her to get a pain-relieving drug from time to time. But she’s got a job, she’s the apple of the eyes of any number of kids, and she’s, well, happy (at least as far as anyone can tell).

ANOTHER ASIDE: A saw a 18-year-old gelding who had been through MRI and blocking and X-rays and medication and shoeing changes as a result of a hoof problem that just wouldn’t let the horse move without a slight forelimb limp, especially when the horse had to go in a circle. I travelled a good bit out of my practice area, looked at all of the data, and asked the owner, “What do you do with him?”

The owner said, “I take him out for walks on the trail two or three times a week.”

And I said, “Why not just give him a little bit of pain reliever when you go out on the trail and let him walk around this nice arena the rest of the time?”

“But won’t the pain reliever destroy his stomach?” she asked.

That was four years ago. I saw the owners at a lecture I gave a year or so later and everyone was happy. As far as I know, his stomach didn’t explode, and things are still going well. It’s a good situation for everyone.

The reason that I bring this up is that to me, it seems that the business side of the horse world is suggesting that the only thing a horse owner should be satisfied with is perfect or “optimum” or “ideal” or some other bit of linguistic innuendo that suggests that a horse just might have some hidden problem lurking beneath his skin that’s going to result in imminent death or disaster. It seems to me that the business world is trying to sell horse owners on the idea that there are only two choices for a horse: perfect or disaster.

I think that the relentless search for perfection in horse health is mostly terrible. I think that constantly worrying about horses, spending hours on the internet looking for information about what might go wrong helps deprive a lot of horse owners of the joy of horse ownership. If your horse looks at his side, it usually doesn’t mean that he’s twisted his intestines. If your horse is on a good diet, it’s extremely unlikely that he’s on the edge of some nutritional cliff, about to fall over but for the good fortune that you’ve had in finding the latest supplement.

Worrying about your horse too much can lead owners to seek out unnecessary testing, to waste money on veterinary (and other) visits, and to look for comfort from endless interventions and products.

Of course, it’s good to be aware of your horse’s health. But there’s a difference between being worried about your horse when he’s sick or limping and being constantly worried about him becoming sick or lame. Excessive worrying about a normal horse is a real problem: mostly, for the horse owner.

YET ANOTHER ASIDE: A 70-year-old client came to me with her 19-year-old gelding. She’d been given the horse from a riding school and she was concerned because she had been told that the horse was limping. I watched him trot—there was a slight limp.

“I like to walk on the trails with him on the weekend with my friends. Or maybe every other weekend.”

I could feel a slight enlargement at his pastern—I was pretty sure he had a bit of osteoarthritis (also known as “ringbone”).

Instead, I pointed to her husband, 75, and said, “How’s Fred? Is he getting around the same way he did when you were married 50 years ago?”

“Only sometimes,” she smiled.

I told her to keeping going on nice long walks, and perhaps give him (the horse—I don’t prescribe medicine for people) a pain reliever if he’s limping a bit. Things have been going great for several months—in fact, I saw them both just the other day. It’s a perfect situation for both of them. Nobody is perfectly sound, including Fred. But everybody is serviceable. And happy.

So what’s “serviceable?” I think that it means that the horse can do the job that’s being asked of him without suffering. Horses will generally go out and try to do their best—that’s one of the things we love about them. It’s our job to take care of them, but it’s not our job to make everything perfect: that’s an impossibility. A horse can be less than perfect and still be wonderful.

Here’s Mark Twain’s idea of a good horse. “I preferred a safe horse to a fast one—I would like to have an excessively gentle horse—a horse with no spirit whatever—a lame one, if he had such a thing.” (Roughing It, Chapter 64).

I don’t usually see things as black and white. I tend to think that the perfect is the enemy of the good. I don’t think that a horse is either good or bad. There are lots of good horses out there that might have a little flaw or imperfection but who will also be the best horse anyone could ever ask for.

Don’t overlook one of them simply because he’s not somebody else’s idea of perfection. He might not be perfect, but he can still be serviceable…and even still be great!