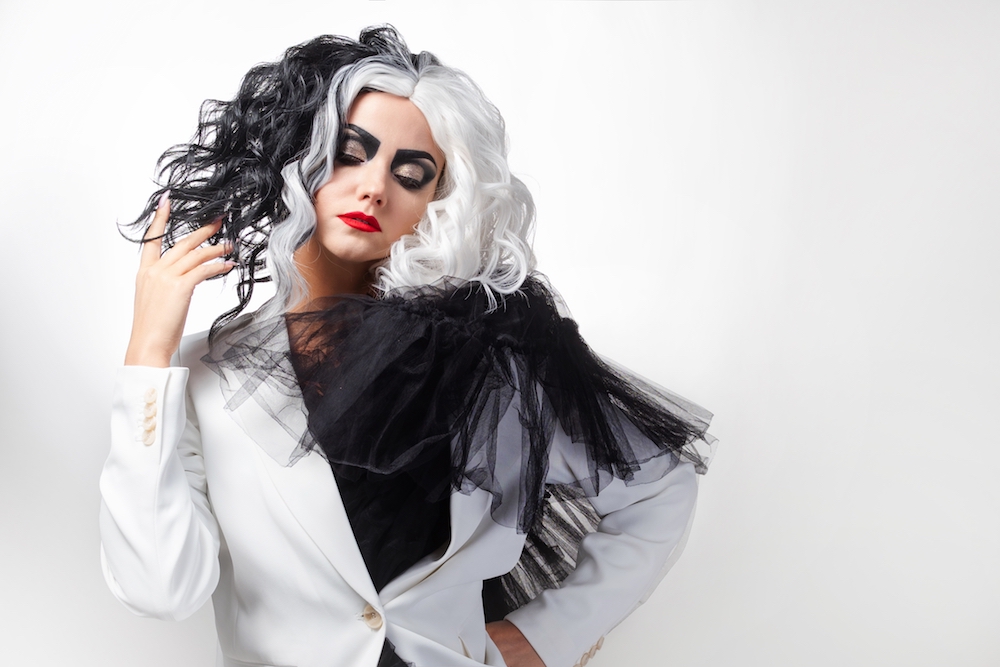 SPRINGFIELD, MA—Third to return for her Round 2 course, equitation rider Ashley Fallow was making last-minute preparations to her horse’s Halloween costume and so did not have time to observe fellow competitors or second-guess her attire choices while trotting up to the ring for her trip in the 2021 New England Equitation Championships (NEEC) Adult Medal Final.

Fallow, 32, had time to school just one warm-up fence before heading into the arena, reportedly muttering “Oh sh*t—my bad,” as she began her course, dressed, as she was, in fishnets, sparkling opera-length gloves, and red vinyl hot pants as part of Hot Topic’s ‘Naughty Cruella DeVil’ Halloween costume set. Her grey KWPN, Dreamcatcher, was also painted head-to-toe in purple dalmatian spots.

“I just assumed, it being Halloween, that costumes were sort of a given,” said Fallow, adding that she did skim the prize list, but assumed that Sunday’s Jumper Stakes’ Costume Class attire went for every event of the day. “Walking around the show before my class, there were plenty of other riders in costume—obviously, I realize now, for the Jumper Stakes division—but at the time, I thought nothing of it,” she explained.

“I actually rolled my eyes a couple of times and thought, Ugh, lame! when I’d pass other riders in my division dressed in their traditional show clothes.”

Fallow, a self-described “Spooky Season Fanatic” who is known among friends for capturing the pop-culture zeitgeist with her no-detail-too-small Halloween ensembles, says her look this year was inspired by the new Disney live-action remake, Cruella, starring Emma Stone. Fallow even went so far as to dye her shoulder-length blonde hair black and white so it would be visible from beneath her helmet.

Despite failing to make the call-back after Dreamcatcher spooked at the flowing, black feather boa that had become dislodged from Fallow’s neck while on course, the amateur rider says, in hindsight, other elements of her costume were not at all as inhibiting to her round as she initially feared.

“The fishnets led to some chaffing, for sure, but after overcoming the initial embarrassment of it all—and there was plenty—I feel good that I stuck to my guns and really committed to the look. I think even Dreamcatcher felt a little extra-special cantering out there in full dalmatian-drag!

“I read some people commenting on social media afterward that, you know, ‘fishnets and patent leather lace-up boots in the equitation ring are disrespectful to the judges,’ or that, ‘I should have taken the Final more seriously,’ and blah, blah, blah. But anyone who knows me knows it was an honest mistake, and I hope none of the judges took it that way.

“Thinking back, I lost so much sleep worrying about being the perfect competitor back when I was a junior,” Fallow continued. “I used to ride for months on end without stirrups…I drove myself crazy with nerves in the lead-up to Indoors…I passed up SO MANY pieces of good pie. And all for what?

“Now, for the rest of my life, no one can take away the fact that I competed at equitation finals in hot pants. How many riders can say that?”