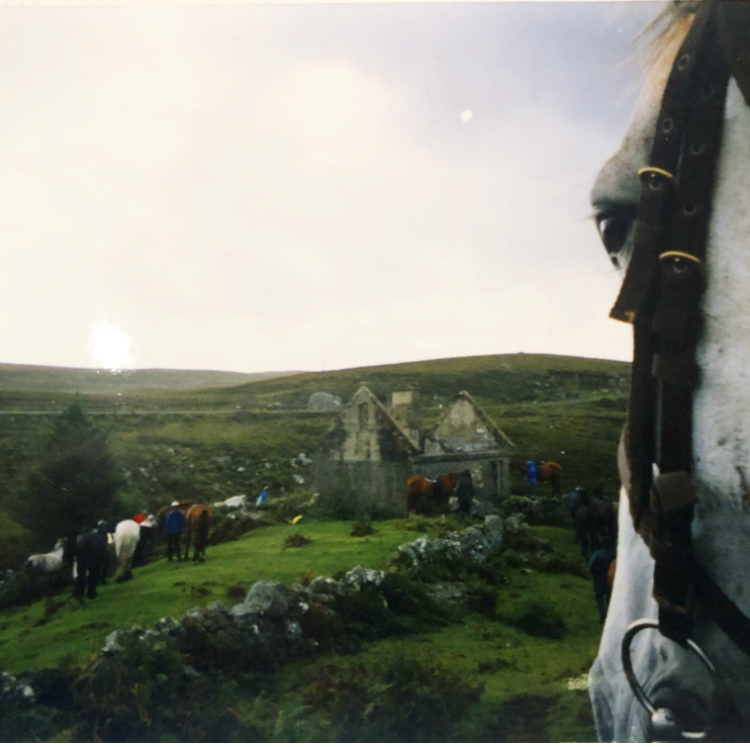 The horse world lost a legendary figure this week.

Willie Leahy was the quintessential Irish horseman. He was the largest breeder of Connemara ponies in the world and also Field Master of the famous Galway Blazers Hunt. For over 40 years he enjoyed introducing visitors to the west of Ireland, pioneering the concept of the vacation trail ride; his were quite unlike any other, as veterans of the Connemara Trail can testify.

In 2003, for my 50th birthday I rode the Connemara Coast trail with Willie. In one week, I accomplished things I never thought myself capable of, due to his distinctively Irish trait of treating riders with respect and confidence in their unveiled abilities unless you were to insist on proving otherwise.

I departed the U.S. as a horse dad and a casual rider and I returned with a new sense of confidence to later become a competitor in jumpers and a BN level eventer. That chapter was written only because Willie believed in me more than I believed in myself.

Even though I only rode with Willie for one week 18 years ago, I can sometimes still hear his voice when a fence is intimidating me.

Some things stick with you. That’s how people live on, I guess. They live on in other people. RIP friend.