What Is It About Horses?

Home > Blog > Memoir > What Is It About Horses? 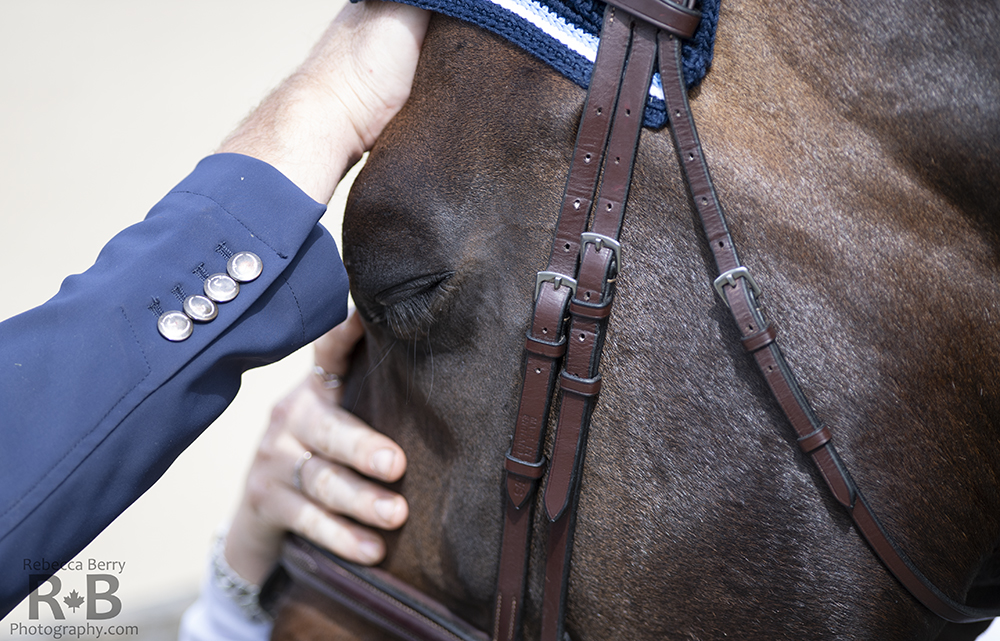 What is it about horses we love so much? That is a question I’m not entirely sure how to answer.

When I started this piece, I thought I’d do a listicle of sorts, numbering all the amazing things about horses, but the focus was too broad. So, I thought what if I personalize the list to narrow the focus, but as I started writing I came to the gross realization that I am a hard-nosed pessimist, and nobody wants to hear me drone on about cupboard love.

Then I remembered about a time I thought I would leave horses behind, delete them from life and find out how the other half lives. I think you know how that turned out.

In my 30s, I lived, trained and competed in Ocala, Florida and for the first five years, I loved it. Eventing on the east coast was exciting, competing against Olympians was inspiring and having an endless supply of friends was comforting. I was in the thick of things and for the longest time, it was where I belonged.

And then, something changed.

Nothing traumatic or dramatic happened. Instead, it was the simple and harmless gesture of my coach handing me the list for the upcoming event season. I read it while he looked on and my heart sank, all I could think was, there must be more to life than this.

I suppose, if I am honest, the thought of how other people spend their days had been entering my mind for some time. Probably a few years. Horses were the only thing I knew how to do, so I kept doing it. I still enjoyed it, but if I wanted to make it around the big courses, I needed to love the hell out of it.

I considered my reaction to the list for over a month and feared saying, I no longer want to ride, aloud. But I knew it was something I had to do.

With a sense of trepidation and a mounting potential to vomit, I told my coach.

His reply was, “Why? You aren’t good at anything else.”

It was a brutal response, but an honest one. I wasn’t good at anything else because my entire life had been dedicated to being good at riding.

I was confused. Horses were my everything, my job, my hobby, my excitement and my solace. The thought of doing the horse thing part-time was an option I refused to entertain, I was either all in or all out. Kind of like an ultimatum you give a boyfriend, only with no input from the other half.

The moment my horse became someone else’s was jarring, for when Zeus left, he took with him a large part of my soul. I knew it then and I know it now.

And then I floundered. I wasn’t good at anything else and on top of that, I didn’t know what I wanted to be good at. Naturally or perhaps ironically, I found work riding horses and grooming at shows while I waited for inspiration to strike. Without a degree or the ability to do something different, my options were limited.

As the floundering continued, and it did for years, I started to travel and used horses, somewhat begrudgingly, as a conduit. I taught riding lessons in St. Maarten and Kenya, worked on a horse safari in Zambia and helped a family with their horses in England.

I loved the travel but was annoyed with myself for relying on horses to get me through life. In the grand scheme of things, little had changed. I was still doing the same stuff, just in different places and I needed to sever ties, be brave and branch out on my own.

In hindsight, maybe I was too hard on myself because in order to get somewhere we have to have come from somewhere. And what I hadn’t realized while caring for the very creatures that took me around the world was that I was subliminally learning and forging a new path.

While travelling, which I loved, I started writing about and taking pictures of everything I’d never seen before, which turned out to be quite a lot.

And there it was.

My next trip was back home to BC to go to university and study journalism with a renewed determination to live a horse-free existence only this time with a sense of purpose.

I found myself a retail job selling over-priced press-board furniture and gaudy knick-knacks. Whilst working, I went to summer school for English 12 and for some ungodly reason Calculus 11. Never have I been more annoyed with my teenage self than having to take summer school at 39.

Once that year of unpleasantness passed, I enrolled in university with the goal to graduate before menopause hit the scene, making the classrooms too warm, then too cold and then too warm again.

For three years I managed a life without horses. I didn’t see one, touch one or ride one. But I thought about them all the time. They were my reference point for everything because they were still the only thing I truly knew anything about.

Even though I felt school was the right move, I did have concerns. My professors had, at one time, all worked for newspapers, and everything we learned was based on that industry. I got it into my head that my future would consist of covering city hall debacles and working on a tight deadline. A thought that made me feel ill.

My memories of reading horse magazines and buying competition photos had faded to the point of forgetting their existence.

And then life, as it often does, intervened. Two of my former riding students, whom I hadn’t spoken with in over 10 years asked if I’d be willing to teach them. I tried to dissuade them, assuring them that I no longer rode, had probably forgotten everything and would be useless to them. They said I was being ridiculous and how does Tuesday at 3 p.m. sound? And just like that, horses slipped back into my life.

The simple act of teaching and idly chatting with people in the barn aisle reminded me that media plays a large role in the equine industry. How else would we know what Michael Jung is up to?

I graduated six months before I turned 45 and I knew then that I was good at more than just riding horses. I could write and photograph them with the same conviction I used to have when galloping down to an ugly ditch and wall. All I had left to do was to squeeze my way into the saturated world of horse journalism.

And what do you know, there was room for me.

I was an eventing snob, probably still am a little, but with my new perspective, I realized all disciplines fascinate me, whether dressage, rodeo, polo or driving. When I travel to shows I want to write about it and photograph every wondrous thing I see. And that, right there, is my new goal in life.

What is it about horses we love so much? Everything. It’s all the things and all the people and all the little worlds that horses create for us, that allow us to marvel at their brilliance.

Dedicated to my mom, who was always my biggest supporter and would love nothing more than for me to travel, write and photograph one of the best animals alive.