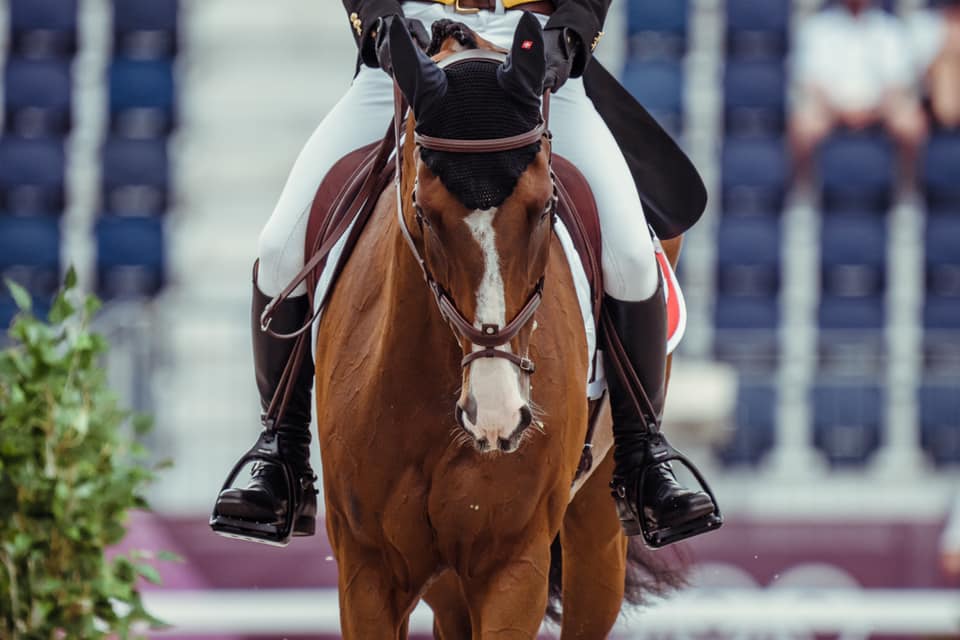 Robin Godel’s Olympic dream came to a tragic end when the Swiss rider’s horse incurred a fatal injury on the Sea Forest Cross Country Course at the Tokyo Games.

It is with great sadness that we announce that the Swiss horse Jet Set, ridden by Robin Godel has had to be euthanised after pulling up extremely lame on the Sea Forest Cross Country Course during Equestrian Eventing at the Olympic Games Tokyo 2020 on 1 August 2021.

The horse received immediate veterinary attention at the fence and, after an initial assessment, was transferred by horse ambulance to the onsite Veterinary Clinic.

Sadly, ultrasound scans revealed an irreparable ligament rupture in the lower right limb, just above the hoof, and on humane grounds and with the agreement of the owners and athlete, the decision was taken to put the horse to sleep.

In line with the FEI Veterinary Regulations, samples have already been taken from the horse and a post mortem will be conducted.

Competing together internationally since 2020, the pair scored a career best third place finish in the CCI4*-L at Stzregom, Poland in August last year.

It is a very heavy heart that I regret to announce the far too rushed departure of my dear Jet Set, following a break in the cross [country] here in Tokyo.

In a gallop just a few jumps from the finish, the injury forced us to let him go away..

Jet was an extraordinary horse and once again he was making a beautiful cross. He left on what he liked to do most: galloping and flying over obstacles.

I thank you all for your support and am deeply touched by it. I hope you understand my absence from social media these next few days.

The Tokyo Games were the Olympic debut for both the seasoned championship rider. Godel previously represented Switzerland at the 2018 Games and at five European Championships since 2014.