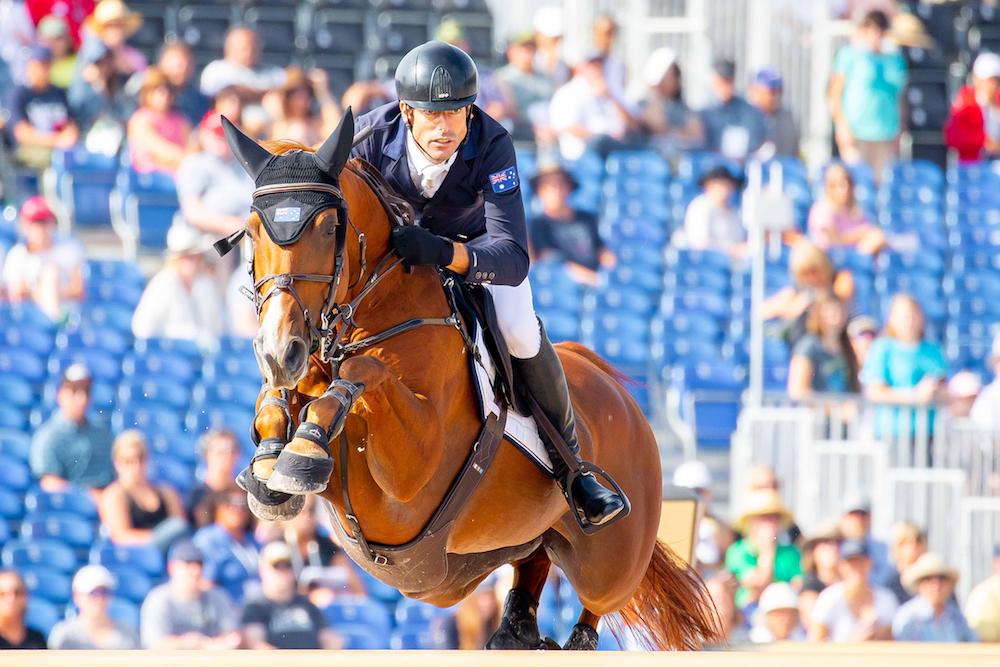 Rowan Willis, the Australian showjumper currently splitting his time between the UK and USA circuits, has decided to withdraw from the Tokyo Olympic Games, for which he was named as reserve rider.

Willis was a member of the Australian team in the last World Championships in 2018, where he finished 12th individually with Blue Movie, aka “Carrots.”

Olympic teams in equestrian are now three riders, with four allowed to travel. The fourth rider may be swapped into the contest tactically, or because there has been an issue with another horse or rider. Most teams, including Australia, have made it clear who their preferred starters are in all three disciplines.

The Australian Olympic team consists of Edwina Tops Alexander, Katie Laurie and James Kermond. As the reserve combination, there was no guarantee that Willis and Blue Movie would be tapped to compete in Tokyo, a factor in the rider’s decision.

Willis made the following statement on his Facebook page:

“It is with great sadness, that I have come to the tough decision to withdraw as reserve athlete from Australian Olympic Showjumping Team.

“I have weighed up the options very carefully and consider it in the best interest of my horse Carrots not to undertake such a demanding global travel schedule when the EA have made it clear there is no tactical plan to start her.

“Carrots & I Thankyou [sic] for your continued support and we now turn our sights to a busy competition schedule to complete the year. We endeavor to continue showing the world what a special horse she is. We wish the Australian team the best of luck & success in Tokyo and, along with the rest of Australia we will be cheering them on!”