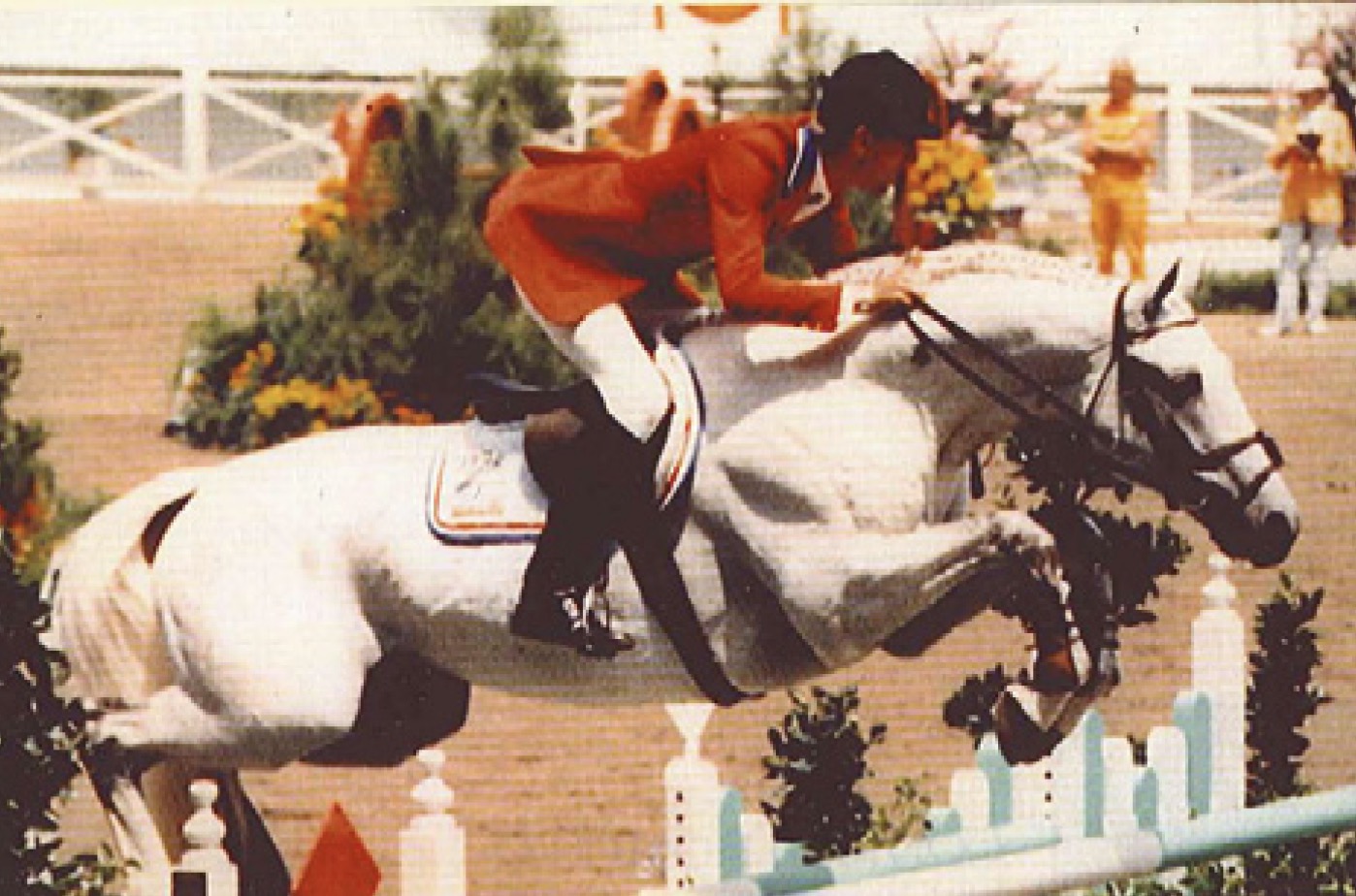 Conrad Homfeld is considered one of America’s all-time best riders. He had a textbook style of riding and at age 15 won both the AHSA Medal and the ASPCA Maclay national equitation championships. He went on to achieve incredible success both nationally and internationally, highlighted by his two World Cup championships and double medal performances at both the 1984 Olympics and 1986 World Championships.

In 1976, Homfeld rode Balbuco, a horse owned by Hall of Famer Patrick Butler, to the leading grand prix horse of the year title. Two years later, he and Balbuco helped the United States win the Bronze Medal at the World Championships in Aachen, Germany. In 1979, Homfeld was named the American Grandprix Association (AGA) Rider of the Year.

Homfeld had a standout year in 1980. He took top honors in the FEI World Cup Final in Baltimore, the first held on American soil. He was named to the U.S. Olympic team for the Games in Moscow, although the U.S. boycott denied him the chance to compete. He also earned a second consecutive AGA Rider of the Year title with Balbuco receiving the award as AGA Horse of the Year.

Riding Touch of Class, of whom he was part owner, Homfeld placed fourth at the World Cup Final in Vienna in 1983. One year later, he rode the remarkable gray stallion, Abdullah, in the Olympic Games in Los Angeles, where he won team Gold and individual Silver Medals. It was the first time that a U.S. team of non-military riders had earned the Gold Medal.

In the individual competition at those Games, Homfeld tied for first place with Joe Fargis, who was then riding Touch of Class. An exciting jump-off ensued, with Fargis edging Homfeld for the Gold.

Homfeld again won the World Cup Final, this time in 1985 in Berlin, making him the first rider to win the Final twice. One year later, Homfeld and Abdullah were part of the U.S.’s Gold Medal team at the 1986 World Championships in Aachen where Homfeld also took the individual Silver. Earlier that year, Homfeld had another top placing in the World Cup Final, this time taking third.

After retiring from active competition, Homfeld turned his focus to training and was equally successful. Homfeld has also been successful designing courses, a skill for which he has been honored by the USEF as Course Designer of the Year. He has designed courses for many of the sport’s top events, including the World Cup Finals.