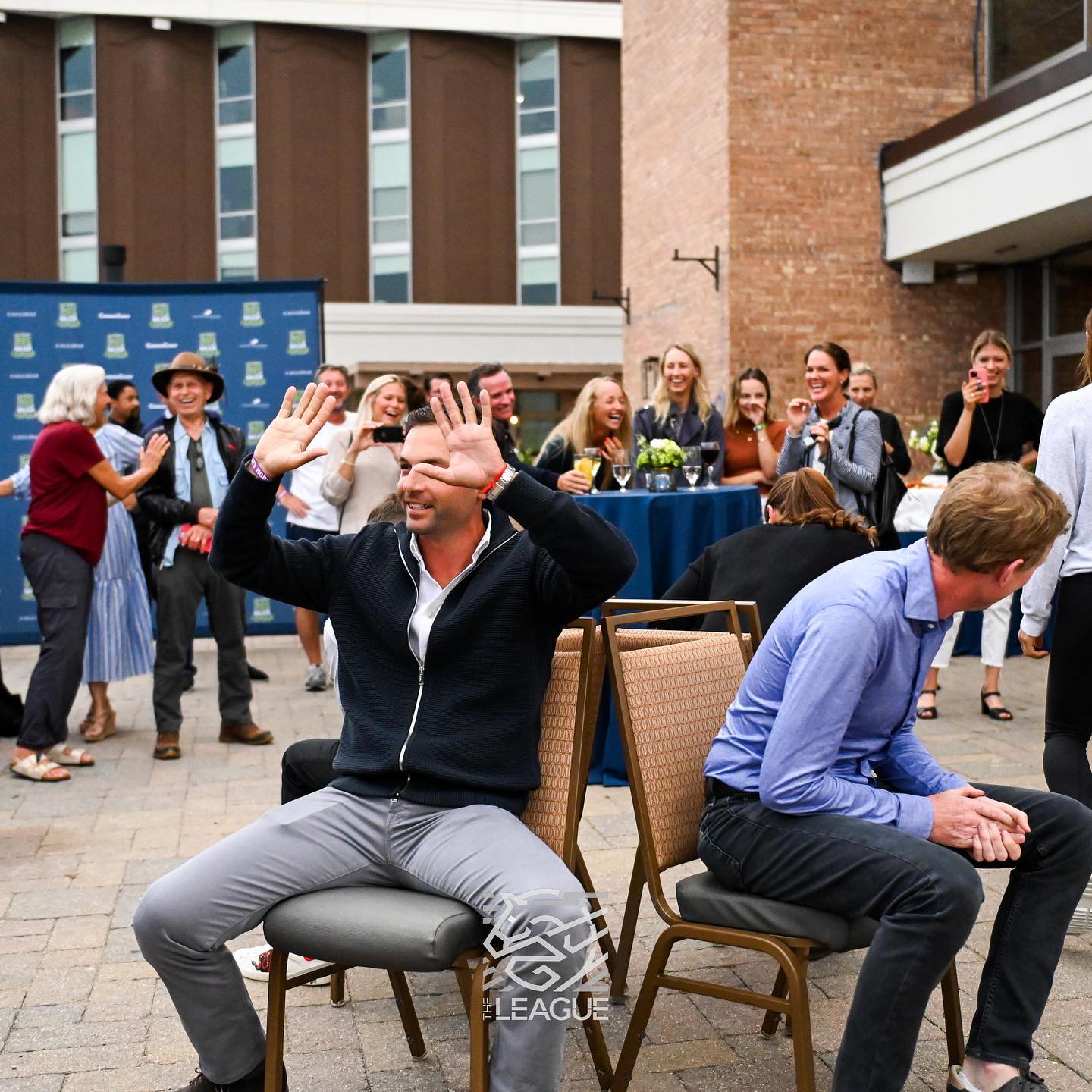 Each of the eight MLSJ teams put forward their most fleet-footed rep to fight for a seat at the draw table. Literally. The draw order was set by a high stakes (and hilarious) game of musical chairs.

A.I.M United’s Catherine Tyree proved as speedy at children’s games as she is in the ring, ultimately out-seating Lucky Charms Andrew Bourns for the coveted last draw spot.

The official team order for Phase Two of the MLSJ Team Competition is as follows:

How the MLSJ team competition works:

MLSJ team event features an innovative three round format. All eight MLSJ teams contest Round One, with each of the three team riders competing back-to-back-to-back. Total faults determines the leaderboard; fastest time breaks any ties. In round two, the top four teams advance to the First Jump Off, this time fielding two riders apiece. Faults convert to time and the cumulative time determines the team score. In the third and final round, the top two teams compete in the Gold Medal match and the bottom two in the Bronze Medal match. The rider that didn’t contest the First Jump Off competes over the same jump off course as the second round. Fastest round wins!