Prudent Is as Prudent Does

Home > Blog > Uncategorized > Prudent Is as Prudent Does 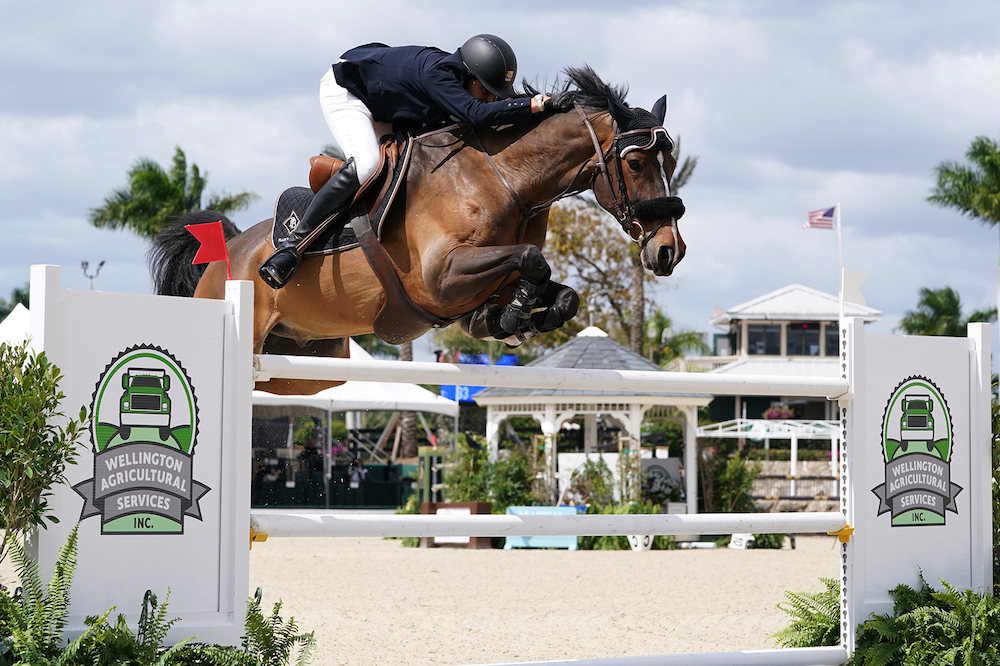 Adam Prudent was anything but in the $214,000 Wellington Agricultural Services Grand Prix CSI4*.

The American rider took all the risks in the final grand prix of the 2021 Winter Equestrian Festival (WEF) on Saturday and rode away with the first 4* Grand Prix victory of his mount’s career.

“I pushed it to the limit this time and really asked [Baloutinue] to perform the best he could. I knew I had a lot of fast people behind me so wanted to really lay it down and take every risk I could, and it worked out quite well,” said the 31-year-old rider.

Prudent’s development of the 11-year-old Hanoverian gelding, however, has been anything but hurried. Baloutinue has been in his string for nearly four years. The pair made their international debut in March 2019 at WEF, but only moved up to four and five-star level this season.

“He is very careful,” said Prudent. “I haven’t really had a chance to go fast yet since this is only my third grand prix jump-off with him.”

Going early in the jump off, Prudent and Baloutinue didn’t just execute the winning trip—they lay down a blistering track. The pair stopped the clock at 35.28 seconds, over a second faster than runner-up Jim Ifko and Un Diamant des Forests’s time of 36.54. Farrington and Gazelle took third in 37.37.

All three riders plan to give their strings a well-deserved—and prudent—rest in the coming weeks.