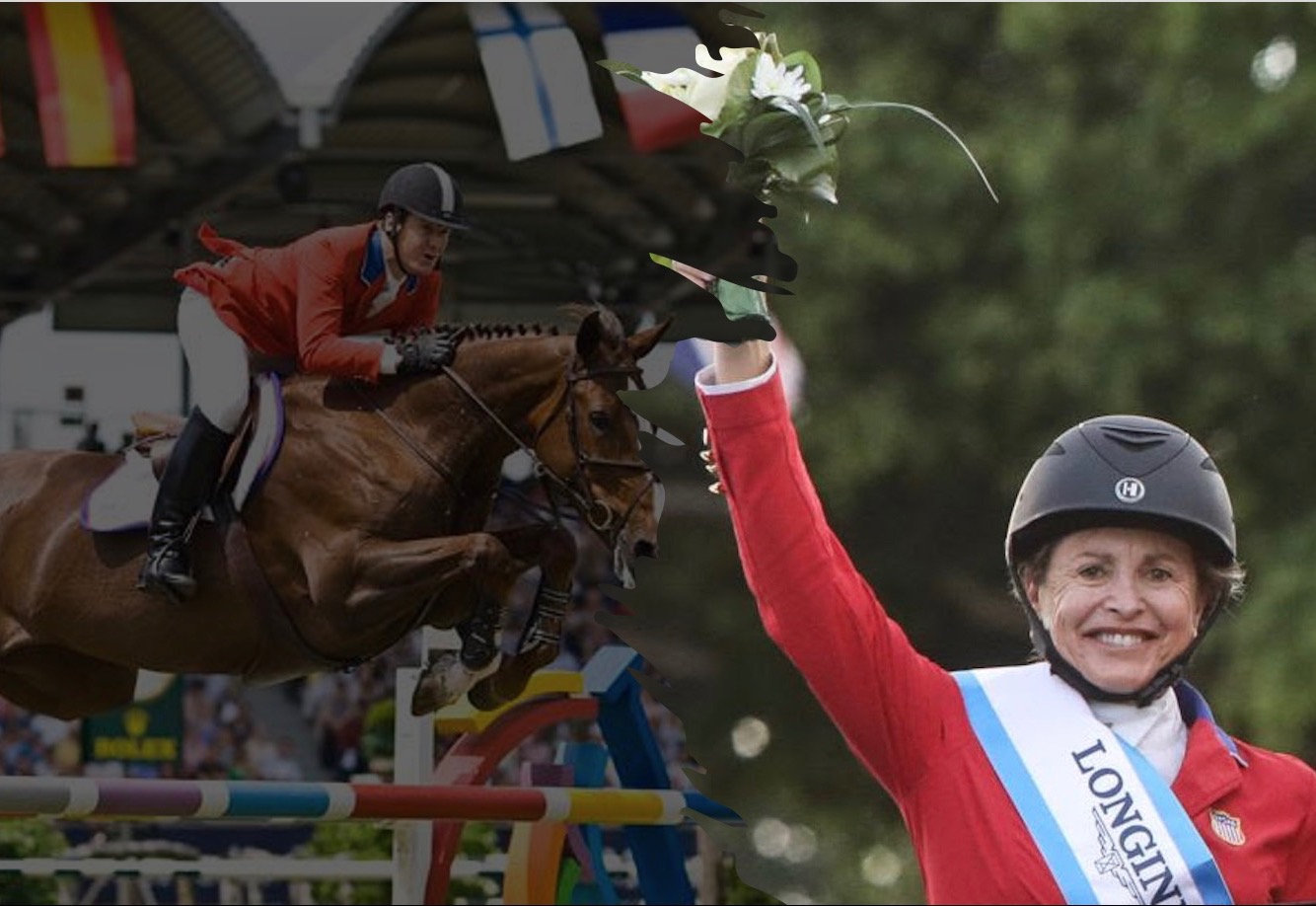 The decorated duo will be honored during the Hall of Fame’s annual induction ceremony at the Devon Horse Show in May.

Induction into the Show Jumping Hall of Fame is an honor bestowed annually upon select individuals whose contributions to the sport have set them apart and whose influence has had a significant impact on the sport of show jumping and the equestrian community. Engle and Sapphire were selected “because of their talents, efforts, accomplishments, and what they have brought to the sport.”

Let’s review those accomplishments, courtesy of the press release:

Margie Goldstein Engle is one of the most accomplished riders in U.S. history. She competed in the 2000 Sydney Olympic Games, won the team Silver Medal at the 2006 FEI World Equestrian Games (WEG) in Aachen, and is a three-time Pan American Games medalist, with team Gold and individual Bronze Medals in 2003 and team Silver in 1999. She has ridden in 17 World Cup Finals and on numerous Nations Cup squads and has won over 200 Grand Prix including many of the nation’s and the world’s most prestigious events.

In the 1980s, ’90s and early 2000s when the American Grandprix Association (AGA) represented the sport’s highest level, Engle won the AGA Rider of the Year award 10 times; she is the only person to win the award more than four times. She was the first rider to place six horses in the ribbons, and the first to sweep the top five places, in a single Grand Prix.

Engle was one of 12 riders to contribute to the U.S.’s win in the FEI Nations’ Cup Series in 1997, the same year she rode Hidden Creek’s Laurel on USET squads that won Nations Cups at Rome and St. Gallen, along with an individual win in the Grand Prix of Rome.

In 1998, she tied for sixth place in the FEI World Cup Final in Helsinki and was first alternate for the U.S.’s World Equestrian Games (WEG) squad. She also won that year’s USET Show Jumping Championship. In 1999, Engle rode Hidden Creek’s Alvaretto to the team Silver Medal at the Pan American Games in Winnipeg. The following year she rode Hidden Creek’s Perin to a spot on the U.S. Olympic team in Sydney where she helped the U.S. place sixth while also finishing 10th individually, the highest U.S. finish.

In 2001, Engle swept the two Grand Prix events at Lake Placid, where she has won the Grand Prix seven times, and also won the U.S. Grand Prix League Finals in Culpepper. In 2000–2, she became the first rider to win the Hampton Classic’s featured Grand Prix three straight years. In 2003, Engle won team Gold and individual Bronze Medals at the Pan American Games in Santo Domingo.

In 2004, Engle had 11 Grand Prix wins despite a broken hip bone that sidelined her for two months. She added another 11 wins in 2005 and seven more in 2006 when she won the AGA award for the 10th and final time. That year she was also part of the U.S.’s Silver Medal WEG team at Aachen.

In 2014, Engle rode Royce on winning U.S. teams at the FEI Nations Cup Final at the Hickstead CSIO5* and at the Barcelona CSIO5. Engle and Royce were named to the short list for the 2016 Olympic Games in Rio and competed in the La Baule CSIO5* where they produced double clear rounds to help the U.S. place second in the Nations Cup while also taking 5th place in the Grand Prix, finishing as the highest ranked American at the show. In 2018, Engle celebrated her 60th birthday by winning the $500,000 CSI5* Grand Prix at WEF aboard Royce. That spring Engle was named to the Short List for the U.S.’s FEI World Equestrian Games squad.

Not included in that glowing bio: Engle is one funny lady.

Sapphire had one of the most successful careers in show jumping history. The Belgian Warmblood mare carried McLain Ward to two Olympic team Gold Medals, a World Equestrian Games (WEG) team Silver and dozens of individual wins at many of the world’s biggest and most prestigious events.

Foaled in Belgium in 1995, Sapphire was recommended to Ward as a 7-year-old by Francois Mathy and was owned at different times by Ward in partnership with Harry Gill, Double H Farm, Blue Chip Bloodstock and Tom Grossman. “Sara” and Ward took to each other right away and had an immediate impact on the U.S. and international show jumping scene.

Sapphire and Ward quickly became mainstays on all major U.S. teams, winning Olympic team Gold Medals in 2004 at Athens and 2008 at Hong Kong where they also finished fifth individually. They added a team Silver Medal at the FEI World Equestrian Games at Aachen in 2006, where they placed seventh individually, and also helped the U.S. win the Samsung FEI Nations Cup Super League in 2005. They were also part of the U.S.’s WEG team at Lexington in 2010 when they again placed seventh individually.

Other big wins included the USEF National Show Jumping Championship (2006), the Devon Grand Prix (2007, 2009), and multiple major wins at the Winter Equestrian Festival in Wellington including a record five wins in the Five-Star WEF Finale Grand Prix. Sapphire was named the American Grandprix Association (AGA) Horse of the Year in 2007 and the USEF Show Jumping Horse of the Year in 2009.

After her retirement in the spring of 2012, Sapphire lived a happy life at Ward’s Castle Hill Farm until her passing in 2014 at age 19.

Semi-related (and also not included in the press release): The dream team that made it happen.