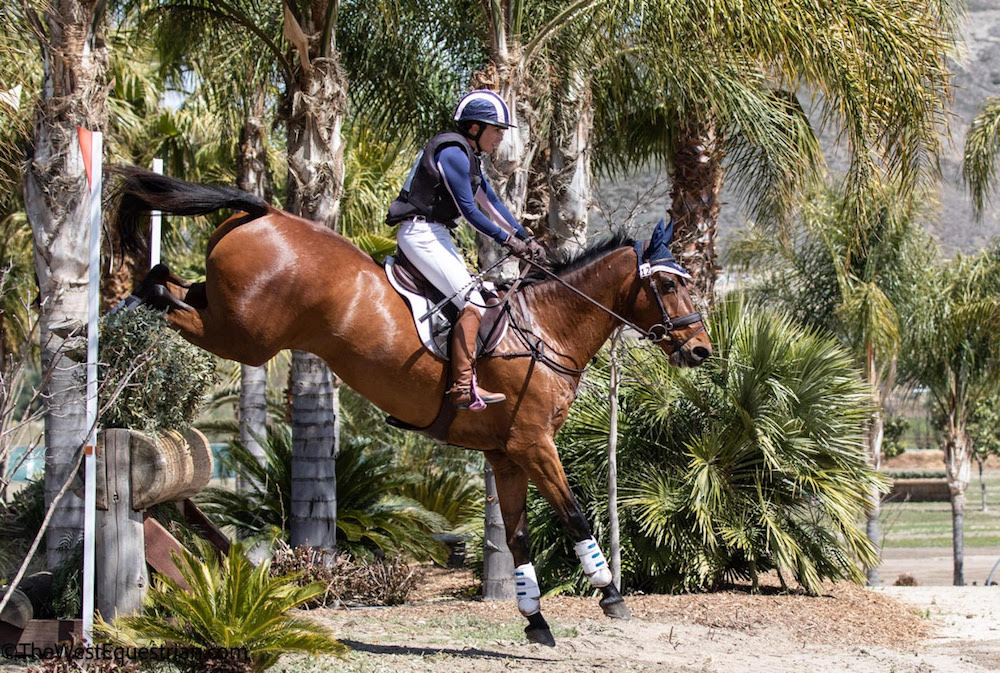 Galway Downs in Temecula, California ran their first FEI event of 2021 this past weekend (March 26/27).

In addition to their CCI2*, 3* and 4*-S, they also ran horse trials divisions for Beginner Novice through Intermediate.

With a few top West-coast riders already en-route to Kentucky, the field was small with just 13 starters for the 4*-S. Meant largely to be a prep-run for those heading to the Land Rover Kentucky Three-Day event a month from now, the CCI4*-S division was also a qualifier for the $60,000 Adequan USEA Advanced Final that will take place at the USEA American Eventing Championships in August.

Winner from wire-to-wire in the 4*-S with a final score of 30.1 points was Erin Kellerhouse with long time partner Woodford Reserve, her 10-year-old Irish Sport Horse gelding.

Squeaking into the lead with a sub-30 dressage score, Kellerhouse was able to fend off second-pace finisher Helen Alliston riding Ebay. The pair added less than one show jumping time fault to their dressage score of 30.7 to finish with an overall 31.5 points in second place.

Third went to Emilee Libby with Jakobi, who also produced a double-clear cross-country round to finish on their dressage score of 33.7. Fourth and fifth went to Amber Levine with Cinzano and Rebecca Braitling and Caravaggio II respectively.

“That was one of the best tests we’ve had,” said Kellerhouse following dressage. “He is definitely getting stronger and happy with the work, and I am learning the little things I need to do to keep him that way. We still have a lot to improve on, which is exciting.”

Kellerhouse was one of the busiest riders having a total of six rides over the weekend. With four in Novice and one in Beginner Novice in addition to “Woody” in the 4*-S, she had her work cut out for her.

“There were no let-ups,” said Kellerhouse of Fredericks’ cross-country course. The angled skinny brushes at 5 A/B/C, the sharp turn to a corner made of two banks at 10, and the white rails double coming down the berm at 12 A/B were among the challenges Fredericks described as “serious angles and in-your-face fences.”

“I’m happy with the way it all ran,” said Fredericks. “I’m always anxious watching a course I’ve designed—more so than if I was riding it!”

From here, Kellerhouse and Woody will board a plane to Lexington for the CCI4*-S. Helen Alliston is pointing Ebay toward the CCI3*-L at Rebecca Farm and Emilee Libby will be making her return trip to the five-star level (her first in 14 years) with Jakobi.