Barbara Worth Oakford, The Competitor 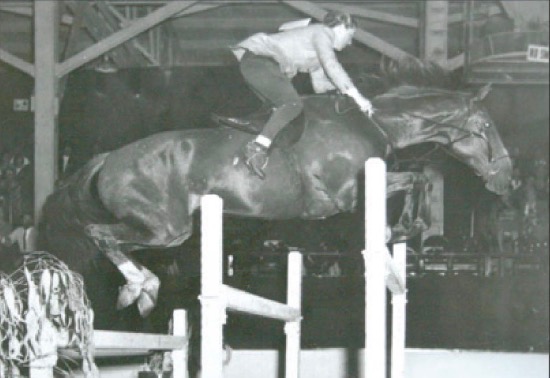 Barbara Worth Oakford dedicated her life to the world of horse shows, and especially to show jumpers.

She began riding in 1924. In 1927, at age 14, she opened her own hunter-jumper training business. She soon became an elite competitor, which she remained for over 40 years.

Oakford’s training barn was the cornerstone of West Coast horse shows for many years. During World War II, she and her clients traveled as extensively as gasoline rationing permitted, determined to keep horse shows from canceling.

During Oakford’s many years of competition, it was common for her to win the top three, four, or five awards in jumper classes. She was also a highly respected American Horse Shows Association (AHSA) registered judge.

Among the horses Oakford developed were several world-class jumpers pur­chased by John Galvin and loaned to the USET. Perhaps the most famous was Snowbound, ridden by Bill Steinkraus to the individual Gold Medal at the 1968 Olympic Games in Mexico City. Balbriggan, who won championships from coast to coast for 15 years, was another outstanding Oakford-trained horse.

In 1946, Oakford and other horse show industry leaders founded the Pacific Coast Horse Shows Association, of which she remained an Honorary Director into the 1990s. From 1959 to 1983, she captained the Barbara Worth Good Seat and Hands Medal competition, the first-ever jumper-type equitation class, whose year-end champi­onship winners include Mary Mairs (Chapot), Susan Hutchison, Hap Hansen, and Anne Kursinski.