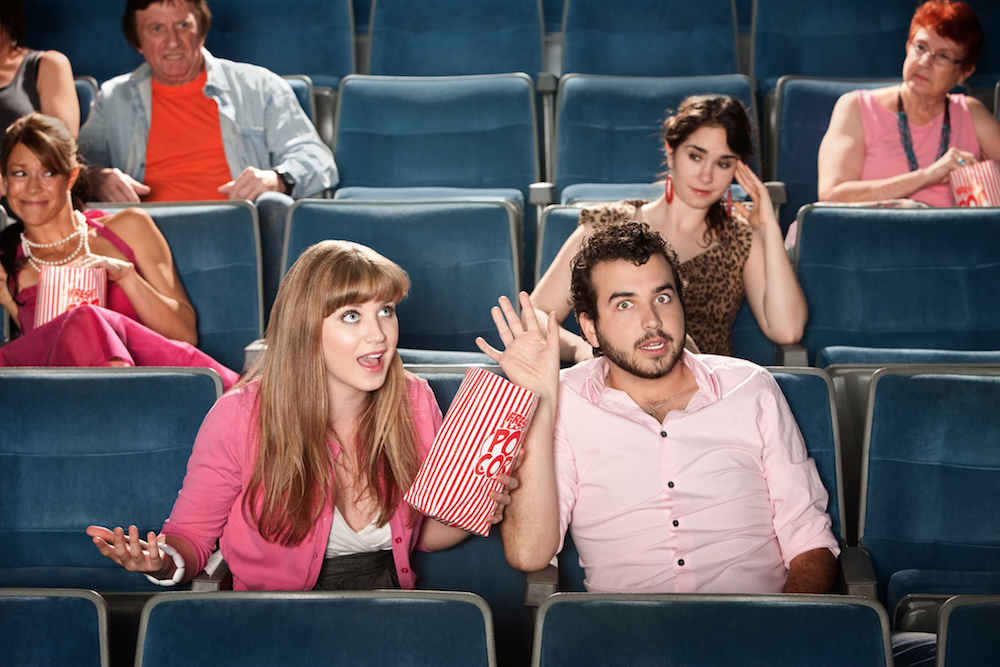 An amateur rider has received a lifetime ban from a movie theatre in Jacksonville, FL, for disrupting a matinee.

The screening was part of a retrospective of classic western films that were shown over the holiday weekend.

A moviegoer said that the film began like any other, but with the first appearance of an actor on horseback he started hearing grumbling coming from the middle rows.

“At first it was just mildly annoying. I could hear someone saying ‘wrong saddle’ and then ‘that’s a halter not a bridle!’”

Other moviegoers began shushing the commentary.

“That’s when I saw a lady stand up and say loudly ‘it’s clear none of YOU have been around horses,’” the eyewitness told Horse Network. “Some people began throwing popcorn at her, so she just got quiet and sat down again.”

According to various accounts, things settled down when the scene shifted from one involving horses to a conversation in a saloon. However, as soon as the actors got on their horses again, the woman said loudly “you’ve got to be kidding me, nobody mounts from the right side!”

At that moment a security guard entered the theatre and asked the woman to leave. “She got real defensive and said it wasn’t her fault there were so many horse-related inaccuracies in the movie,” said the witness.

The woman had to be forcibly removed from the theatre by a security guard. “She was yelling ‘heels down’ as he dragged her out,” added another witness. “I don’t even know what she was  talking about. I just came here to watch a movie.”

Rose Geel, 34, was charged with disorderly conduct and asked to never return to the movie theatre. She declined comment for this story, except to say that she is in the process of lodging a formal complaint with the director of the film.