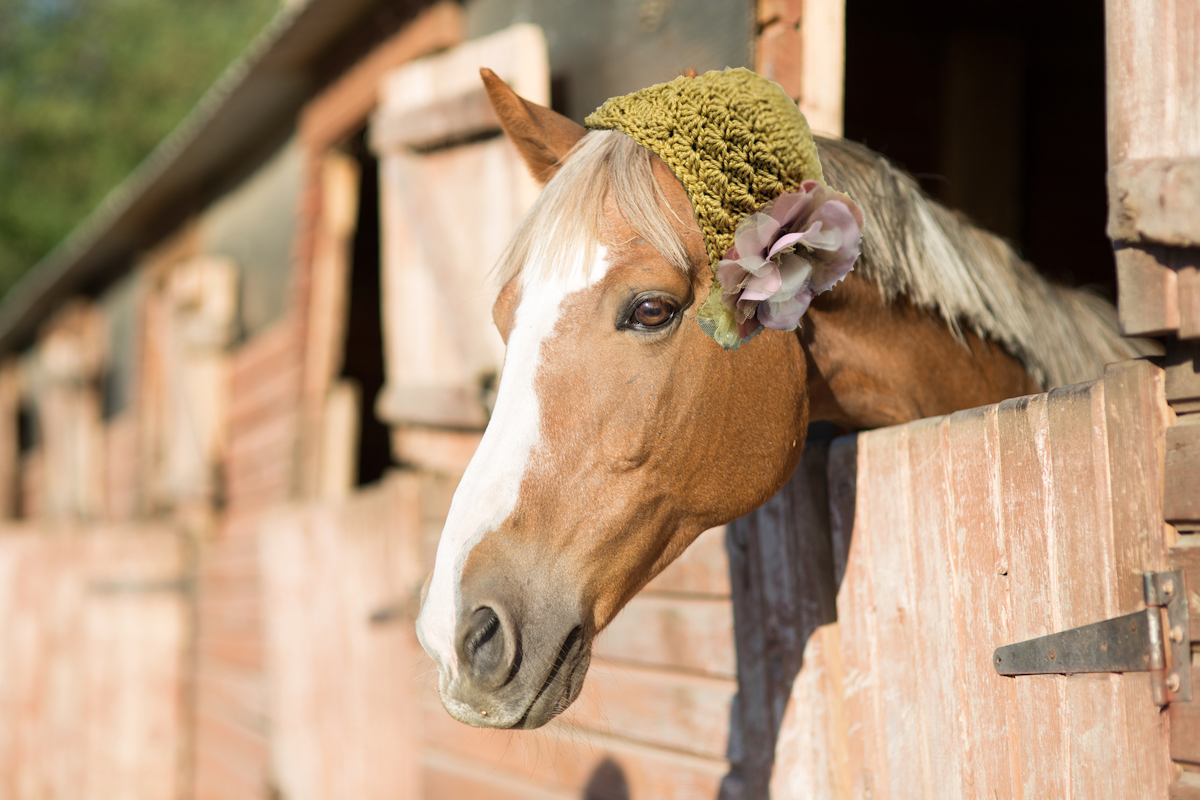 Richmond, Vermont—In a remarkable twist of fate, a Vermont woman has mistaken her pet horse for a human baby.

It began earlier this month, when an unidentified neighbor walking her dog in the area spotted Gloria Everett of Richmond behaving strangely in the aisle of her barn.

“I stopped to pick up one of Ralph’s little ‘contributions’ in front of Gloria’s farm, and when I looked up, she was in the aisle of her barn next to a white horse with a giant, pink bonnet on.

“She was humming the Baby Shark theme song and kept shaking a ring of keys at the horse to try and keep its attention. Thankfully, the horse just seemed to be ignoring her,” said the neighbor, who spoke on a condition of anonymity. “It wasn’t until a few minutes later that I noticed the diaper.”

Reports indicate that Everett had been dressing her five-year-old OTTB Gracie in homemade, organic cloth diapers and fair trade bonnets for months. Everett, already a mother of two human children, both in college, appears to have been struggling with her newly empty nest. That is, until she realized she still had one more youngster at home.

“I guess you could say that Gracie was always Mom’s ‘baby,’ so to speak, but we didn’t realize quite how far it had gone,” said Gloria’s son, Derek Everett, 18. “My sister Meredith left for school a few years ago, and I was the second to go. I think we all assumed Mom was coping, and I think she has… just maybe not in the way that we all expected.”

Derek said he returned home from college one weekend after receiving a concerned call from the neighbor. It was then that he understood the full extent of his mother’s bewilderment.

“Apparently, Mom had actually been renovating my downstairs bedroom for Gracie. She painted it pink and purple, and had bags of shavings stacked everywhere, and had even hung this giant, horseshoe mobile from the middle of the ceiling,” he said.

On the family computer, there was further reason for concern.

“We found out Mom had been going into parenting chat rooms and sounding off about this and that—things like, ‘Well, I know I’ve been out of the parenting game for a while, but my daughter seems very advanced about holding her head up.’ Or, ‘I didn’t even sleep train, but my DBG (dearest baby girl) is already making it through the night!’” he continued.

“It turns out, Mom had been throwing a lot of shade at other moms on the Internet. She had opinions about everything: chemical cleaners, using pacifiers, introducing solid food—er, grain. She was doing it on all these different parenting sites under the handle @MareMomma109.”

At press time, Derek Everett said his mother had agreed that Gracie should remain in her stall in the barn, not his bedroom, but was refusing to give up her collection of oversized bonnets.

New, extra-judgey comments were still appearing in parenting chat rooms under the handle @MareMomma109 as recently as yesterday afternoon.