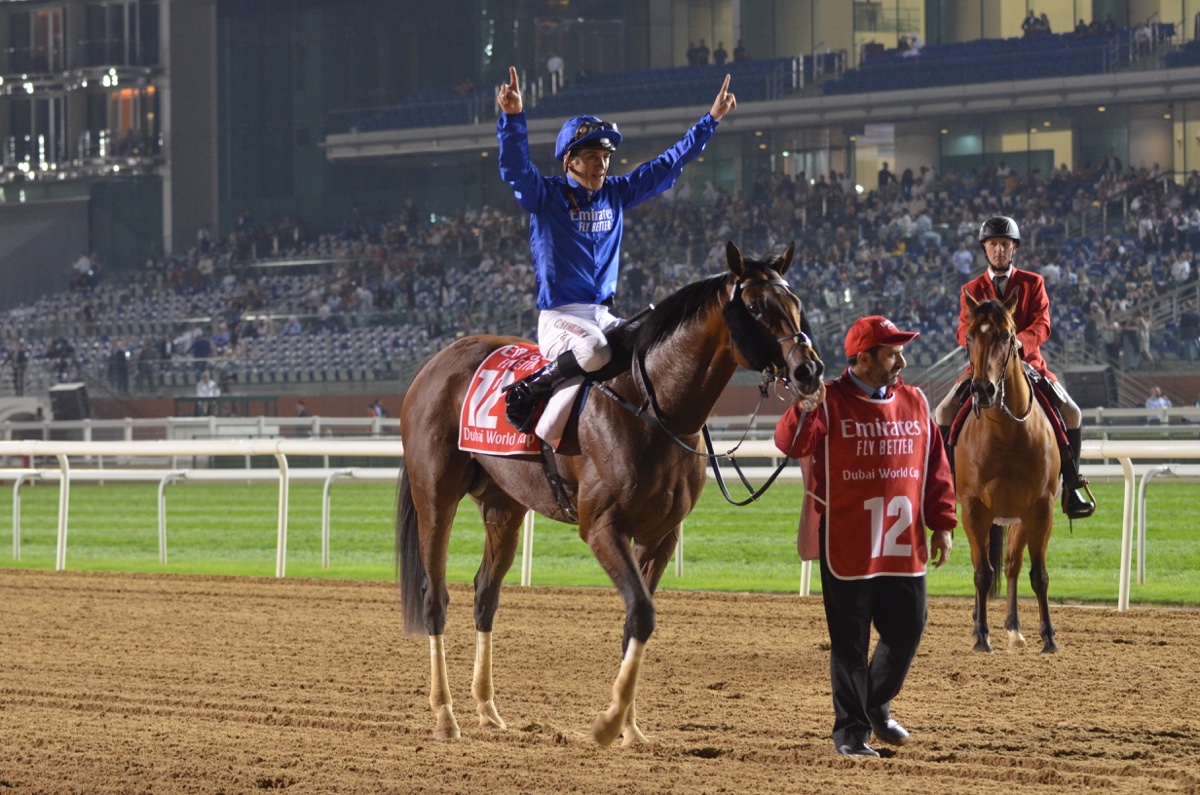 “He is such a brave horse,” marveled Suroor. “I was not sure we had won, but we had the best jockey in the world and he knows Thunder Snow so well.”

“Last year, we won by open lengths,” recalled Soumillon. “Today we had to fight very hard.”

The trainer indicated a return to racing in America is his preference for Thunder Snow, perhaps this summer at Saratoga, with the eventual goal the Breeders’ Cup Classic at Santa Anita Nov. 4.

The five-year-old son of Helmet took home the winner’s trophy for the eighth time in 23 starts and has now collected $16,011,850 in earnings. 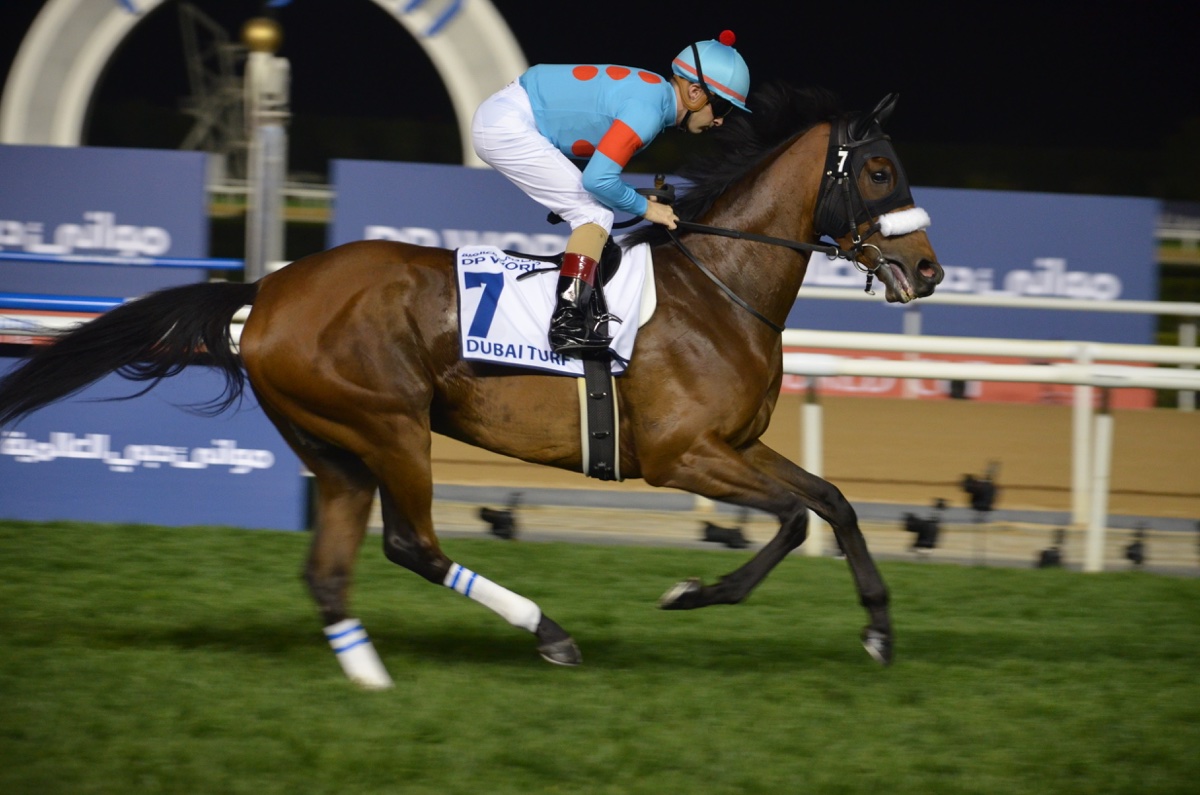 In the evening’s other most-anticipated race, Japanese superstar filly Almond Eye left the comfort of her home country, but turned in her usual stellar performance to win the $6 million Dubai Turf.

It was fifth consecutive Group 1 victory for the four-year-old daughter of Lord Kanaloa, winner of the Japan filly Triple Crown and the Japan Cup. Her connections will take her next to Europe, targeting Paris and a Prix de l’Arc de Triomphe showdown with two-time Arc-winning filly Enable.