Who Will Win the Longines FEI Jumping World Cup™ Columbus? We Have Some Ideas…

Home > Blog > Show Jumping > Who Will Win the Longines FEI Jumping World Cup™ Columbus? We Have Some Ideas… 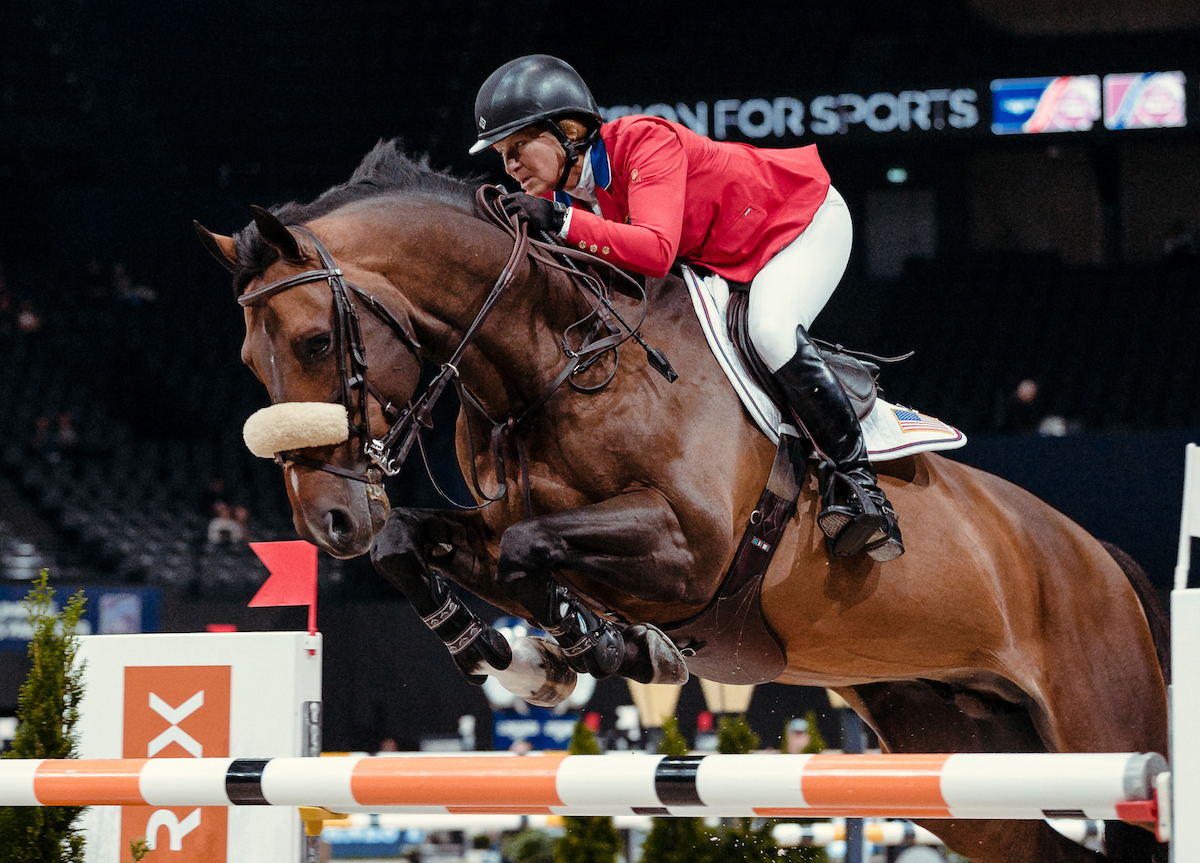 Show jumping is a sport that’s equal part art and athleticism. But that doesn’t mean there isn’t room for a bit of science in the mix.

This week the North American Eastern League is in Columbus, Ohio at Brave Horse Equestrian Center. Yesterday, we were treated to a great piece of show jumping, as the qualifying class featuring 58 starters contested an interesting course designed by Alan Wade of Ireland. Ten horse-rider combinations advanced to the jump-off, and Victer Finn DH Z piloted by Mexico’s Eugenio Garza ultimately won the class. The start list for Sunday’s World Cup Qualifier class is strong and it should be a great few hours of show jumping! As always, I have some thoughts on who the main contenders are for the week’s feature class!

The World Cup on Sunday is Beezie Madden’s (USA) class to lose. With this duo, you have one of the sport’s all time best riders and a horse that has done it all and is currently in great form. They put in two effortless performances on Friday to finish on a double clear score and second. The reigning World Cup Final Champions, we know that this pair can jump anything a course designer will build on Sunday. As long as nothing unforeseeable happens, this pair should put in a double clear performance with an extremely competitive time in the jump off.

Strengths: When Breitling is on form, you are pairing a top horse with an outstanding rider, and they become nearly impossible to beat. We saw this at the World Cup Final in the spring, when the pair were so strong in each round to take the win. This partnership has been together for over five years and has travelled the globe jumping some of the world’s biggest tracks. Breitling has put in more clear rounds than most other top FEI horses over his career, and is very calculated with his jumping to answer each question on course. Madden is a fantastic rider who puts Breitling in the best positions to jump clean. When this pair enter the ring sit back and enjoy—you are getting a free clinic on how to ride a Grand Prix course.

Weaknesses: The only blotch on the competition history for the pair is the well-documented struggles in Europe this summer. During their time competing at Rotterdam and Aachen they simply never achieved their top form. Over seven courses Madden and Breitling were unable to secure a clear round. However, since returning to North America the pair were double clear for Team USA in the Spruce Meadows Nations Cup and, of course, looked very strong here in Ohio on Friday. With their European summer woes behind them, look for this pair to keep their North American success going and to clinch the win with a dominating performance on Sunday.

Aristoteles V and Jonathan McCrea (USA) are coming off a major win in the Saugerties Grand Prix last month. At one of the top Grand Prixes of the North American circuit, the pair beat a star-studded field to win as the only double-clear competitors. A single time fault kept the duo out of the jump-off on Friday, however, the performance did showcase Aristoteles’ raw power and that he is jumping well here at Split Rock. Through a number of massive jumping efforts I anticipate Aristoteles and McCrea will easily advance to the jump-off on Sunday.

Strengths: Aristoteles and McCrea have been competing at the FEI level together for over five years now. They have jumped some of the world’s biggest tracks so we know they have the power to jump anything that will be built for Sunday’s World Cup. When on form, Aristoteles and McCrea make their rounds look effortless and give the impression that the jumps could be 15 cm higher and still not a problem. McCrea is experienced and a top rider, and he has the knowledge to design a plan to successfully tackle any course in the world. The competition history for this pair has been impressive this summer. They’ve have only had one four fault performance since June, and have won the last two Grand Prixes they entered.

Weaknesses: The main challenge for Aristoteles and McCrea on Sunday will be the time allowed. Aristoteles is a bit of a slower mover, which means he does not cover the course as quickly as most other FEI horses. So it will be McCrea’s job to have a plan to get the big stallion around the course in a timely manner—either through some tight turns or getting on the gallop between jumps. As long as the time allowed doesn’t catch the pair, they should easily progress to the jump-off!

I think Ali Wolff is one of the most exciting up and coming riders for team USA. This week she brings a new partner, the eight-year-old Exotik Sitte, to challenge the World Cup at Split Rock. A native of New Albany, Ohio, this can be considered a hometown competition for her and I am sure she will be looking to put in a strong performance in front of family and friends. An impressive double clear performance earned them fourth place in the qualifying class, and they look to be on excellent form moving into the feature class.

Strengths: I think this is a very exciting horse for the future. Exotik and Wolff made the class on Friday look easy, cruising to their double clear performance. The eight-year old gelding is scopey and powerful, and Wolff seemed to have great rideability on course yesterday. Wolff was able to move up or balance in front of jumps at will, which was a big reason for Friday’s success. I think Wolff has great feel as a rider and instinctively knows what cues a horse needs at specific times to facilitate the best possible jumping efforts. The pair have only been competing together since the start of the year, but their results continue to get better and better!

Weaknesses: This duo’s main weakness is inexperience. As mentioned above, this is a relatively new partnership and they simply have not had the opportunity to jump multiple courses as compared to my first two picks. This means that the course designer may build something on Sunday that “catches” the pair and causes an error. However, I am hoping that this is not the case, and that Exotik and Wolff are able to put in a strong performance on Sunday and compete for some prize money in the jump-off!

One of the most exciting pairings to watch in Sunday’s class will be Catinka 25 and Vanessa Mannix. I know Mannix is excited about the nine-year-old mare—for good reason—as the pair have matched extremely well in their short time together and have already put in a number of strong performances, including top five finishes in their last two FEI classes together. Additionally, Mannix had a strong performance in the World Cup Vancouver earlier this year on Valentino D’Elte, and I am sure she is looking to continue her strong World Cup season this week. Catinka and Mannix had a single rail at the triple combination in the class on Friday that took them out of the prize money, but I think they will refocus for Sunday’s class and put in a clear first round.

Strengths: The mare has elite speed and is always exciting in the jump-off. Catinka’s speed is also advantageous in the first round, as time faults are generally a non-issue for the pair. Careful and electric off the ground, Catinka is continuing to evolve and develop into a top FEI horse for Mannix. Catinka suits Mannix well as she is very comfortable riding quick agile horses. She is accurate and gives Catinka the opportunity use her explosiveness to clear each jump. A number of clear rounds over the summer highlight their competition record, and I am expecting big things from this pair in the future!

Weaknesses: The partnership is still relatively young and Catinka is not the most experienced horse in the class. Most of the pair’s results have come at the 1.45m level, so how the mare will respond over bigger and more technical jumps is somewhat unknown. However, Mannix is in a program that has proven to be successful, and I am sure Catinka will rise to the occasion and put in a strong result on Sunday!