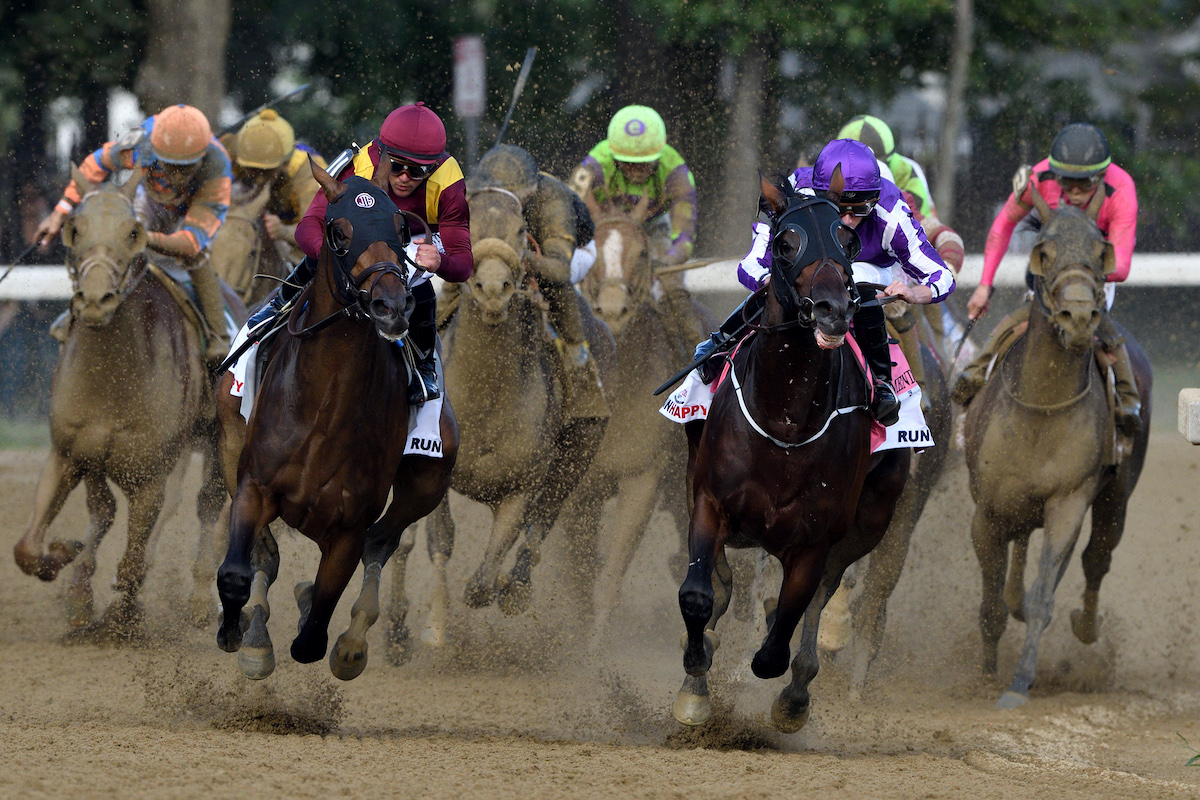 With his four-length Travers Stakes win over Mendelssohn Saturday, Catholic Boy reaffirmed Saratoga’s reputation as The Graveyard of Champions.

The More Than Ready ridgling, made more than ready by young trainer Jonathan Thomas, went off at 7-1 odds and, after keeping pace with fast-breaking Mendelssohn taking the lead early, took off at the top of the stretch in what was a two-horse race to finish in 2:01.94.

It was the sixth Travers win for jockey Javier Castellano, adding to his existing record total. 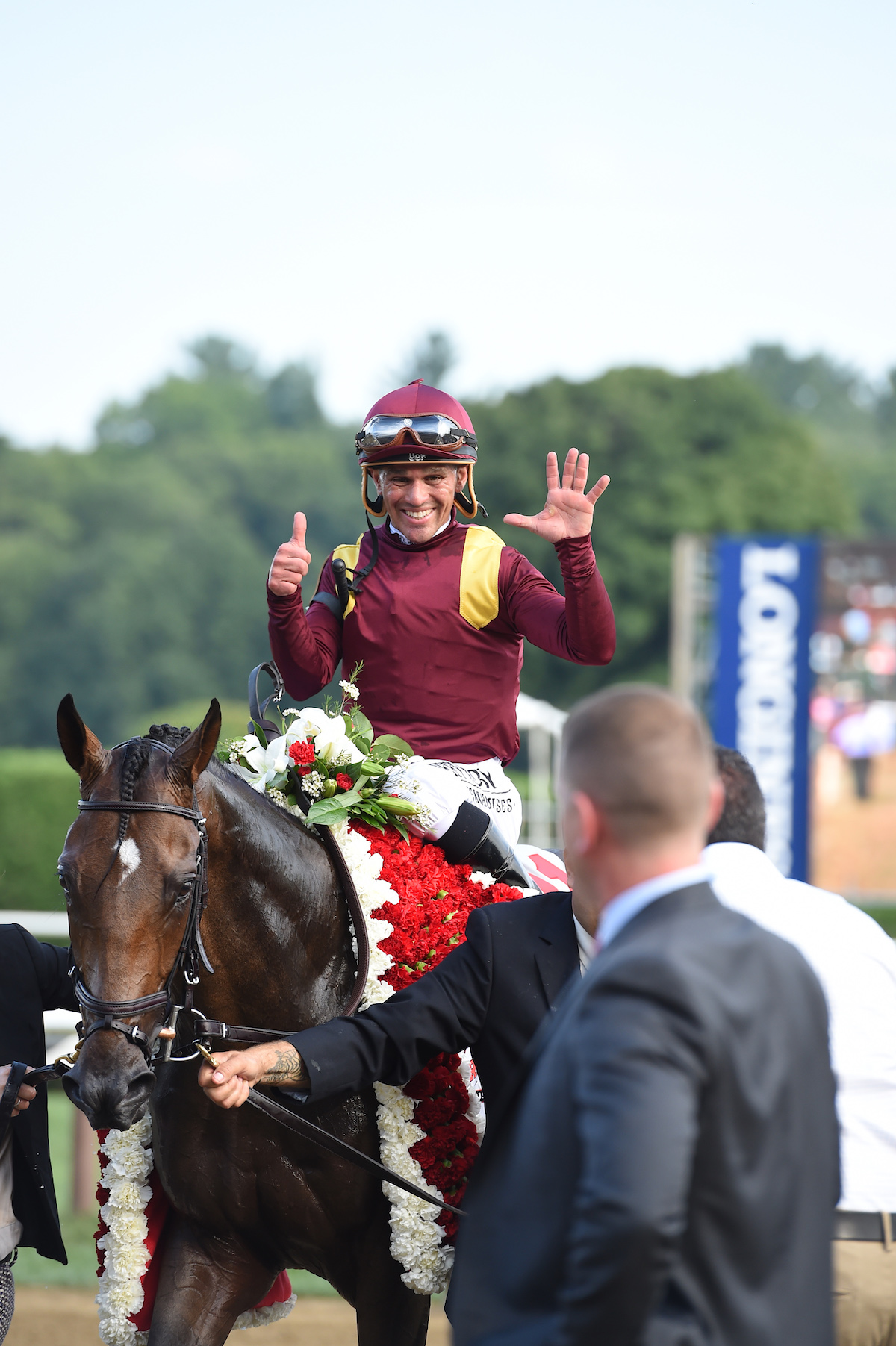 It was also a redemption of sorts for Mendelssohn after two disappointing finishes in the Kentucky Derby (G1) and the Dwyer Stakes (G3).

Speaking to The Racing Post after his last-place, mud-splattered finish in the Derby, trainer Aidan O’Brien marveled: “It’s life or death in America when the gates open. You cannot miss it. It becomes so mad, it’s everyone for themselves. It was a different world, very aggressive. It was the most brutal thing I’ve ever seen anywhere in the world.”

Trainer O’Brien and jockey Ryan Moore chose life for the Travers, changing tactics for the race, pushing Mendelssohn to the front out of the gate. The Scat Daddy colt maintained the lead, with Catholic Boy never more than a length behind, until the leader tired at the top of the stretch and settled for an easy runner-up finish.

People rarely mention the regally bred Mendelssohn without noting his $3 million 2016 Keeneland Yearling Sale purchase price or the fact he is half-brother to Champion mare Beholder (Leslie’s Lady). He’s beginning to look the price and part as the three-year-old season enters a crucial Fall.

He emerged sound from the Travers said assistant trainer T.J. Comerford on Sunday.

“The race couldn’t have taken much out of him. He had dinner after the race last night and his breakfast this morning, so he is showing signs he is in a good place.”

He’ll return home to Ballydoyle Stables in Ireland to rest and train up to his expected run in the Nov. 3 Breeders’ Cup Classic. 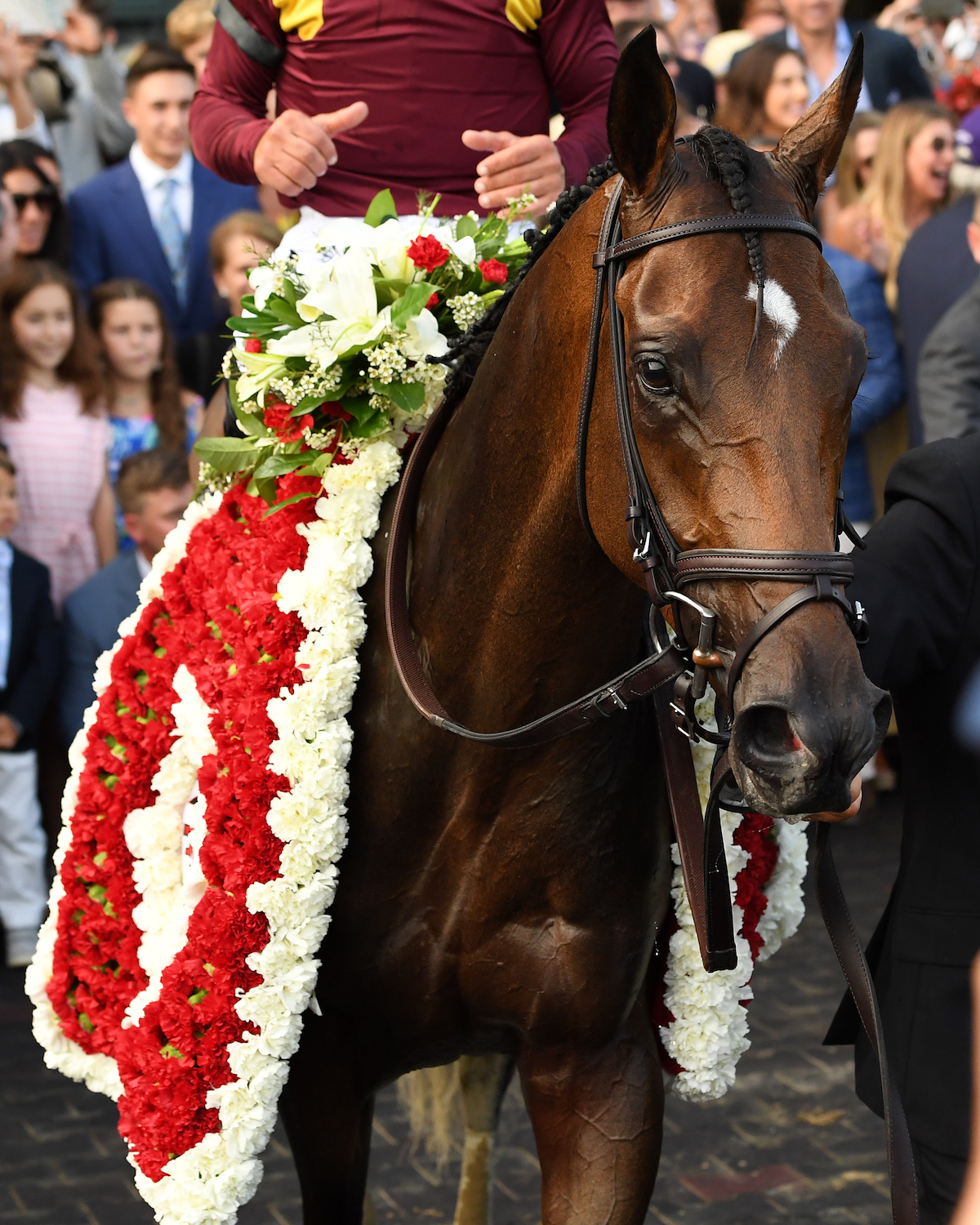 The result scrambles what was already a confusing year for three-year-old Eclipse Award honors. Justify is the Triple Crown winner and there is little doubt he will be chosen Champion Three-Year-Old Male. But the undefeated colt accomplished his feat in only six races over just 119 days before being retired. That early retirement left the door open for Kentucky Derby runner-up Good Magic to continue running through the Breeders’ Cup Classic to make his case for Horse of the Year (HOY). That door slammed shut Saturday.

Catholic Boy now counts five graded wins in nine starts, three on turf and two on dirt. He’s won two G1 races at the classic 1 1/4-mile distance, the Belmont Invitational Derby on grass and the Travers on dirt, in the same year.

With the HOY door closed on Good Magic, a window has opened for Catholic Boy.

That will depend upon how he fares throughout the rest of an as-yet undetermined campaign. With a versatility on different surfaces at different distances reminiscent of the 2011 Kentucky Derby and 2013 Dubai World Cup winner Animal Kingdom, Catholic Boy could make his next start in either the Sept. 29 1 1/2-mile Joel Hirsch Turf Classic or the 1 1/4-mile dirt Jockey Club Gold Cup running the same day at Belmont Park. He could end the year in either the Breeders’ Cup Turf or the Breeders’ Cup Classic.

For majority owner Robert LaPenta, the choice seems clear. “Dirt is where the money is,” he was quoted as saying when asked about Catholic Boy’s future. Also the glory. 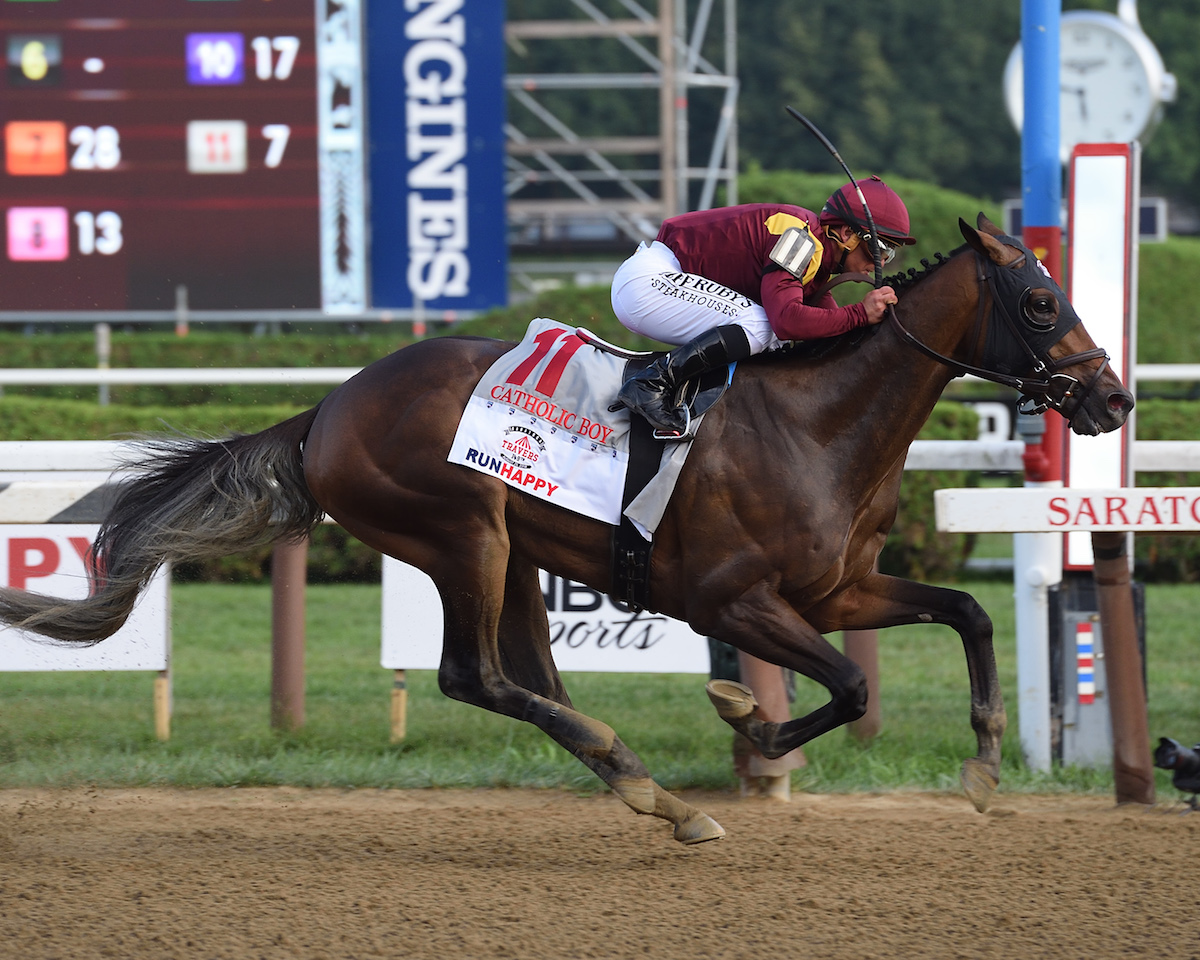 Trainer Thomas’ star is certainly on the rise. Until last year, he had a small stable of under 20 horses under his charge, but has done a masterful job with Catholic Boy and is regarded by many as the next top American trainer.

Part-owner Sol Kumin seemed less concerned about the future than basking in a year replete with glory. In addition to his connection with Catholic Boy, Kumin was also part-owner of Justify, Audible and My Boy Jack. He was seen crying after both the Belmont and Travers wins.

“The Travers was a bucket list race for me,” said the emotional Kumin following the win. “The highs are high and the lows are low. You bounce around.”

When the Eclipse Awards are announced Jan. 24 at Gulfstream Park, Sol Kumin may be crying and bouncing up and down while holding the two major Eclipse Award statues for two different horses.

NOTE: Four horses on the Travers undercard punched their automatic expense-paid ticket to Breeders’ Cup races Saturday at Saratoga as part of the Breeders’ Cup “Win-and-You’re In” program: Abel Tasman (the Personal Ensign to the BC Distaff), Marley’s Freedom (the Ballerina to the BC Filly & Mare Sprint), Whitmore (the Forego to the BC Sprint), and Glorious Empire (the Sword Dancer to the Longine’s BC Turf). The Travers is not part of the program.