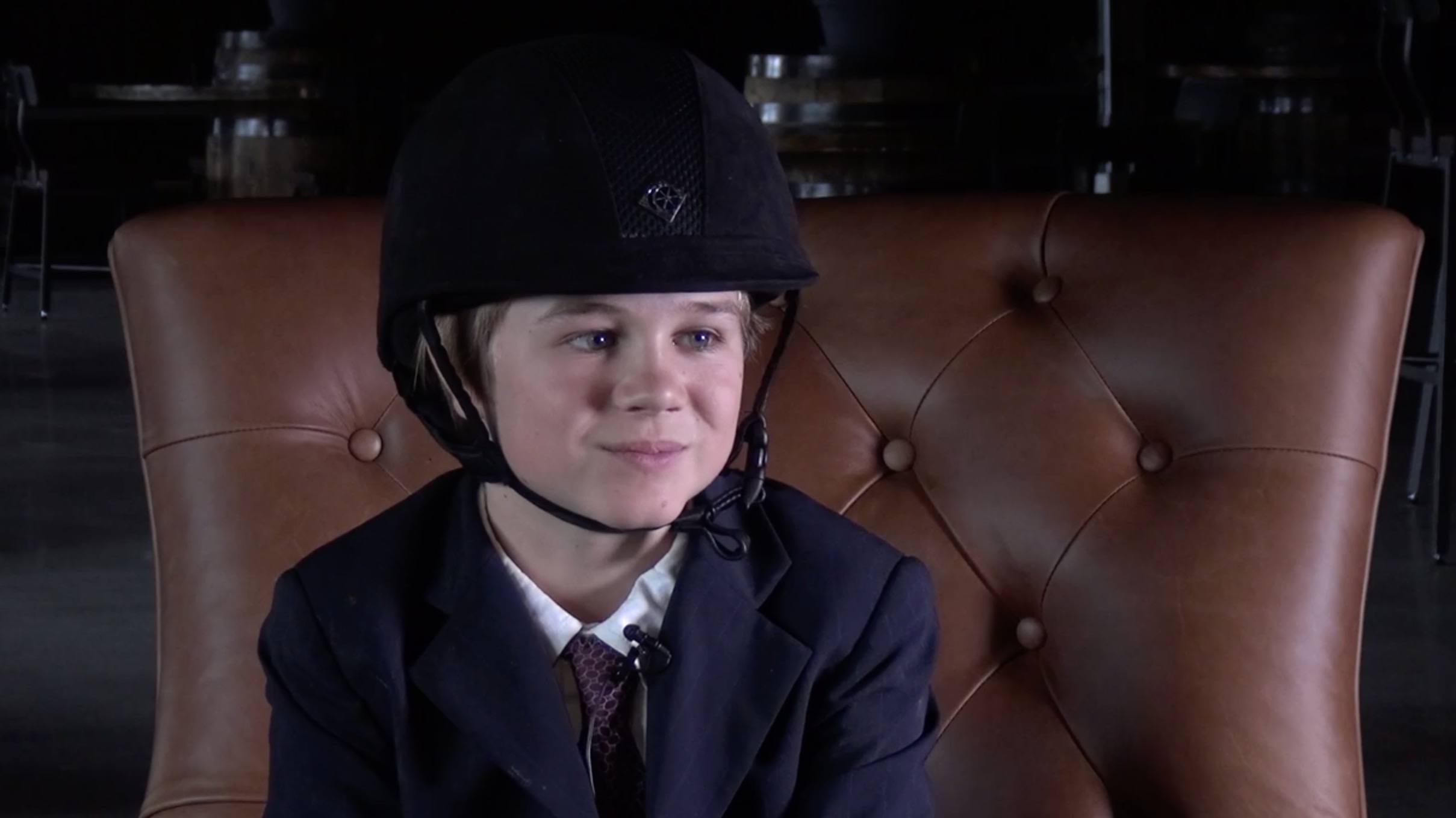 If the title character of Dreamworks’ The Boss Baby was modelled after an actual human child, Cooper Beisel would be a likely muse.

The oldest offspring of hunter/jumper trainer David Beisel and his wife Paige, Cooper appears more comfortable in a sport coat and tie at age 12 than most grown men and has the self-assured politeness of good grooming. He’s the kind of kid that sets adults at ease and that you half expect to hand out personalized business cards or dabble in finance for fun.

We caught up with young Beisel at the World Equestrian Center in Wilmington, Ohio to talk horses, qualifying for Pony Finals and his ambitions in business.

Horse Network: Start at the beginning, Cooper. When did you first sit on a horse?

Cooper Beisel: I started when I was six months because my mom bought me a Miniature Pony. His name is Silver and we still have him to this day. I still ride him sometimes. He’s really fun.

HN: Obviously, you grew up around horses. Did you always love riding?

Beisel: I tried basketball and I couldn’t do it. I couldn’t tribble the ball. I always got a foul. I tried baseball. I was okay at it, but it was a little hard for me, I’m not a very good runner. I can run but not for long distances. Then I tried football and it’s just way too rough for me. I tried soccer and I didn’t like all the running and kicking the ball because I’m horrible at kicking balls.

So that’s why horses are for me.

HN: It was a process of sport elimination! I think a lot of riders can relate to that. Tell us about your pony.

Beisel: My pony’s name is Coconut. Her barn name is Coconut, too. She’s a grey. I think she’s seven or eight. We show in the Small Green Pony Division. Her personality is a little sassy, a little kicky and she’s friendly to other people.

Beisel: She’s tried to kick other ponies a few times.

HN: Ah, you two qualified for Pony Finals based on your results at the World Equestrian Center, is that correct?

Beisel: Yes. Last October, I got qualified for Pony Finals, which is in Kentucky. I was thrilled. This year, I qualified for a second time on my same pony. It doesn’t matter because we were already in, but it was one of my goals for the year.

[Editor’s note: Beisel set out for a top 30 finish at the 2017 Pony Finals. He and Coconut finished 25th overall in the Small Green Pony Division.] 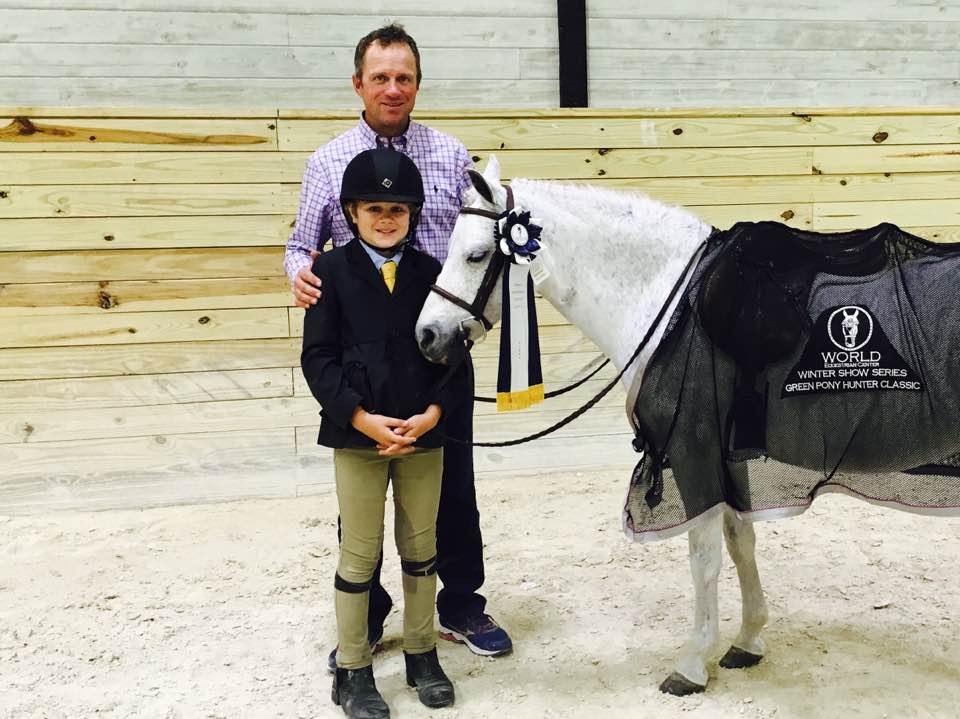 HN: Your parents must be very proud! What’s it like having your dad as your trainer?

Beisel: He’s not classified as my dad when he trains me. He’s my trainer.

He is a good trainer. He’s not hard on you. He doesn’t make you do things you can’t but he always makes you challenge yourself a little bit. It’s like that for all of his students.

HN: George Morris says it’s the job of a trainer to set the exercise a little past your comfort zone and that’s how you grow as a rider.

HN: You travel to a lot of shows with your family. What’s it like growing up as a horse show kid?

Beisel: It’s hard sometimes because you miss a lot of school and you have to catch up in work. But it’s also fun because you get to learn so many things and meet so many new people. 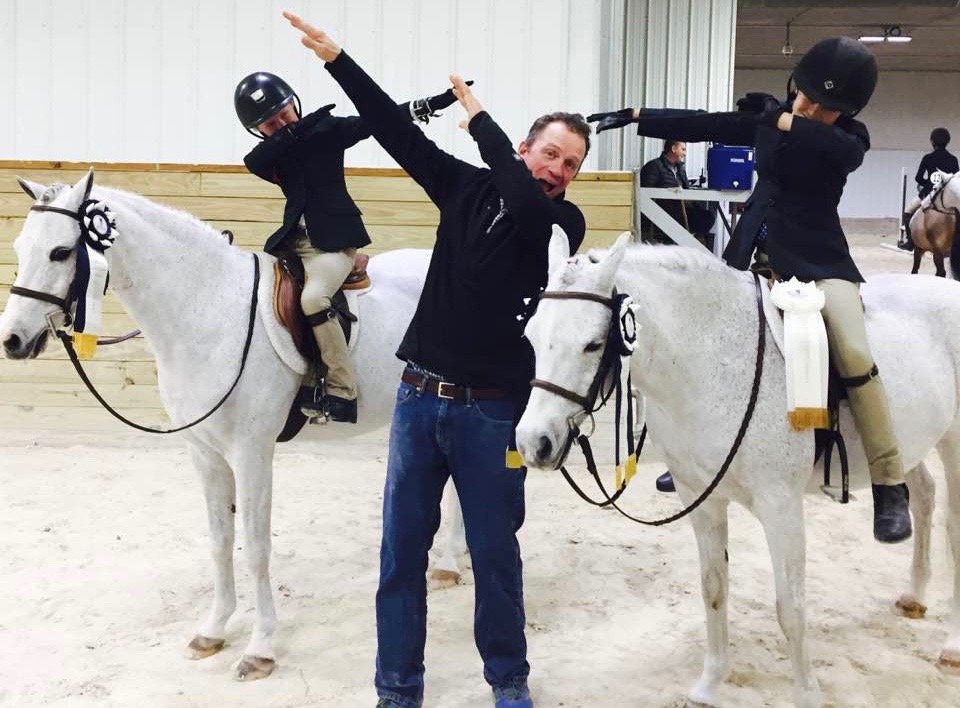 Beisel: Yeah. Everybody in school is like, “Who’s John?” for example. “Who’s Jerry?” They don’t know anything about it or have a clue about what it is.

HN: You’ve spent a lot of time here in Wilmington. What do you like about the World Equestrian Center?

Beisel: This winter, I was Ocala, Florida for a little bit, but I love it at the World Equestrian Center more because it’s inside and there’s sometimes stuff flying up in the air in Ocala. Here, it’s a really good facility. It’s always not too hot, not too cold, and if it’s ever a little bit too hot, they change it right away. 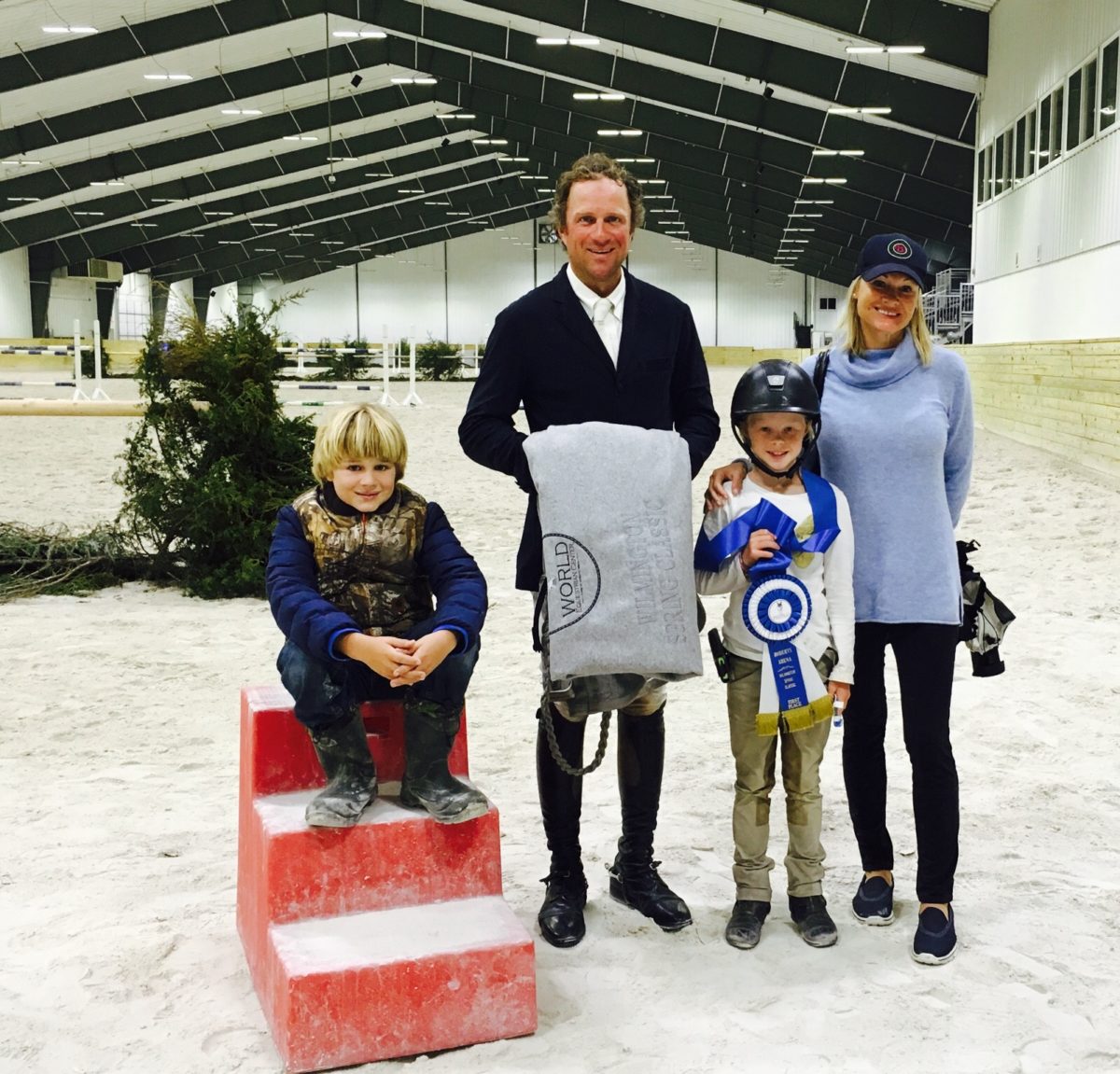 HN: Cooper, have you had media training?

Beisel: I have not.

HN: You’re very poised. You might have to intern at Horse Network one day.

Beisel: I want to be a stockbroker when I grow up.

HN: I could see that. Why stocks exactly?

Beisel: Because it’s fun. And I’m really good at business.

HN: Well, best of luck to you and Coconut in the World Equestrian Center Fall Series! Seriously though, call us when you finish school.