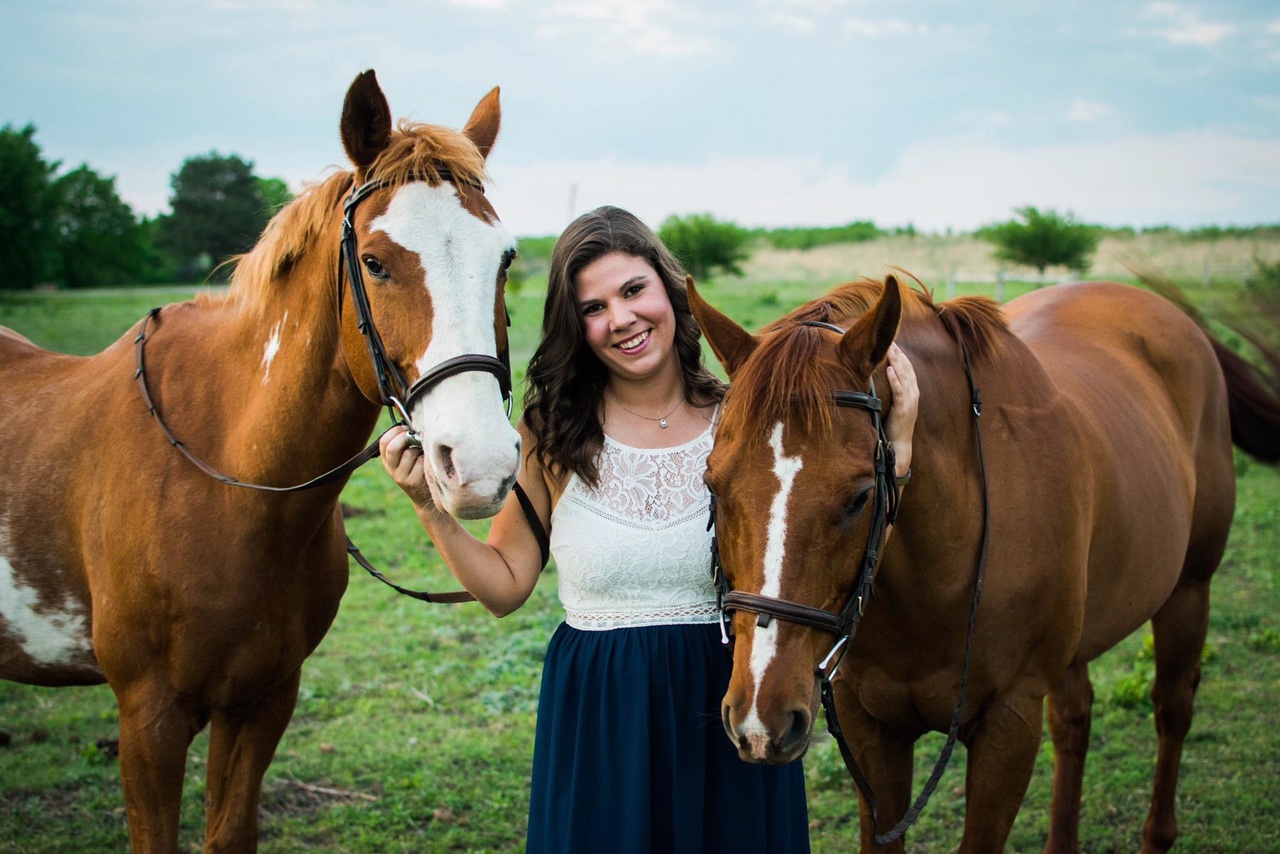 A few months ago, I came across a blogger’s article on the rat race that Young Riders and Pony Club create.

I read her description of the feeling of complete and utter defeat, and I remembered. I remembered the feeling of nausea before going into the ring, just praying to make it through the course without being eliminated for refusals.

I remembered avoiding eye contact as we walked out of the arena, and remembered the feeling of everyone talking about us because, at 12, I thought surely I was the main topic of conversation.

My first horse, the love of my life, did not share my desire to compete, so we rerouted to mounted games for a few years. But there was one round during our third Pony Club Rally, where we went clear. I finally got a taste of the success that other riders felt. I got to count the jumps as they flew passed us and hear people clapping as we left that arena. The next day, we were eliminated again, but I remembered that feeling.

When he retired and I got my second horse, not long after my brother got his first, I thought, this is it, I can finally be competitive. He was six-years-old and thought the best way to stop was to run into fences, turning was a suggestion and jump poles were bowling pins. The first night I rode him at our home barn, I cried and asked my dad if we could end the trial there.

After that, I pulled it together and decided I would make it work. He wasn’t the fanciest, in fact he was a small, gangly young paint, but he was free because his owner saw potential in what I could do with him. So I started the process of learning with him.

Again, there were refusals and tears and a trainer that asked me why I was bothering, leaving me to rely on videos, books, and the occasional Pony Club lesson to guide us. It took a while, but we turned into a team. In one year, we went from being eliminated at our first starter to being in the ribbons at our first beginner novice.

I was proud of what we’d done, but I was watching girls younger than me entering their first training and preliminary level events and felt inferior. I placed the blame a lot of places, my lack of a consistent trainer, my horse, my own abilities and my family’s lack of our own trailer. But regardless of those gut-knotting feelings, I refused to sell any of my horses.

After my brother phased out, people asked why I didn’t sell one or even all three and get the OTTB I seemed to believe, and still do, would be the key to moving up through the levels. That’s what everybody else had, and I wanted so badly to be accepted and on an equal playing field with them.

But then I’d go to the barn and look at my boys, the trusting expressions built up over our years together, between each other in their own mini herd, and myself, and I just couldn’t. 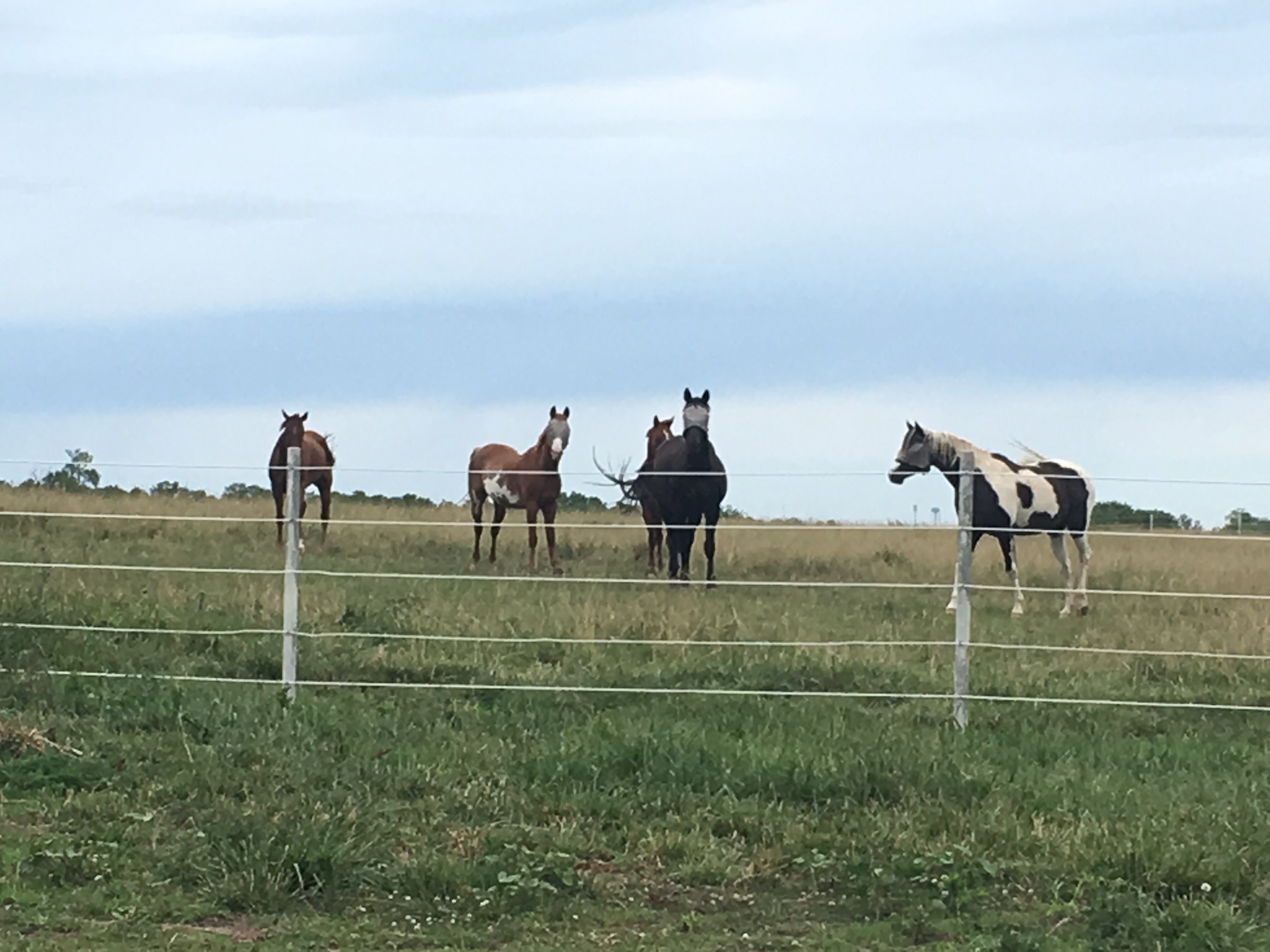 So, Roper and I have stayed at beginner novice. Tommy, my brother’s horse, became mine when he gave up riding. They’ve been back and forth to college for three years, at different barns with their only constant being each other. On the weeks I couldn’t go out because I was studying, I always knew I’d still have sane partners to work with in a few days. While I see others posting about soundness issues and newly discovered complications in their latest acquired prospect, I thank the stars for my sound boys.

Most of the time, I pretend I don’t care what other people were doing, but I still watch and feel the jealousy. The difference is that, now I look at the things I have accomplished on my own level of competition, how far I’ve brought my own horses and the ones I have helped others work with along the way. I compare videos of those early days to now, and am amazed at how much my riding has improved. I can look at those posts and know that I am not there because of the choices I made, the lives and relationships I’ve developed in my efforts to keep my sweet boys from becoming byproducts of the rat race and my own ambitions. 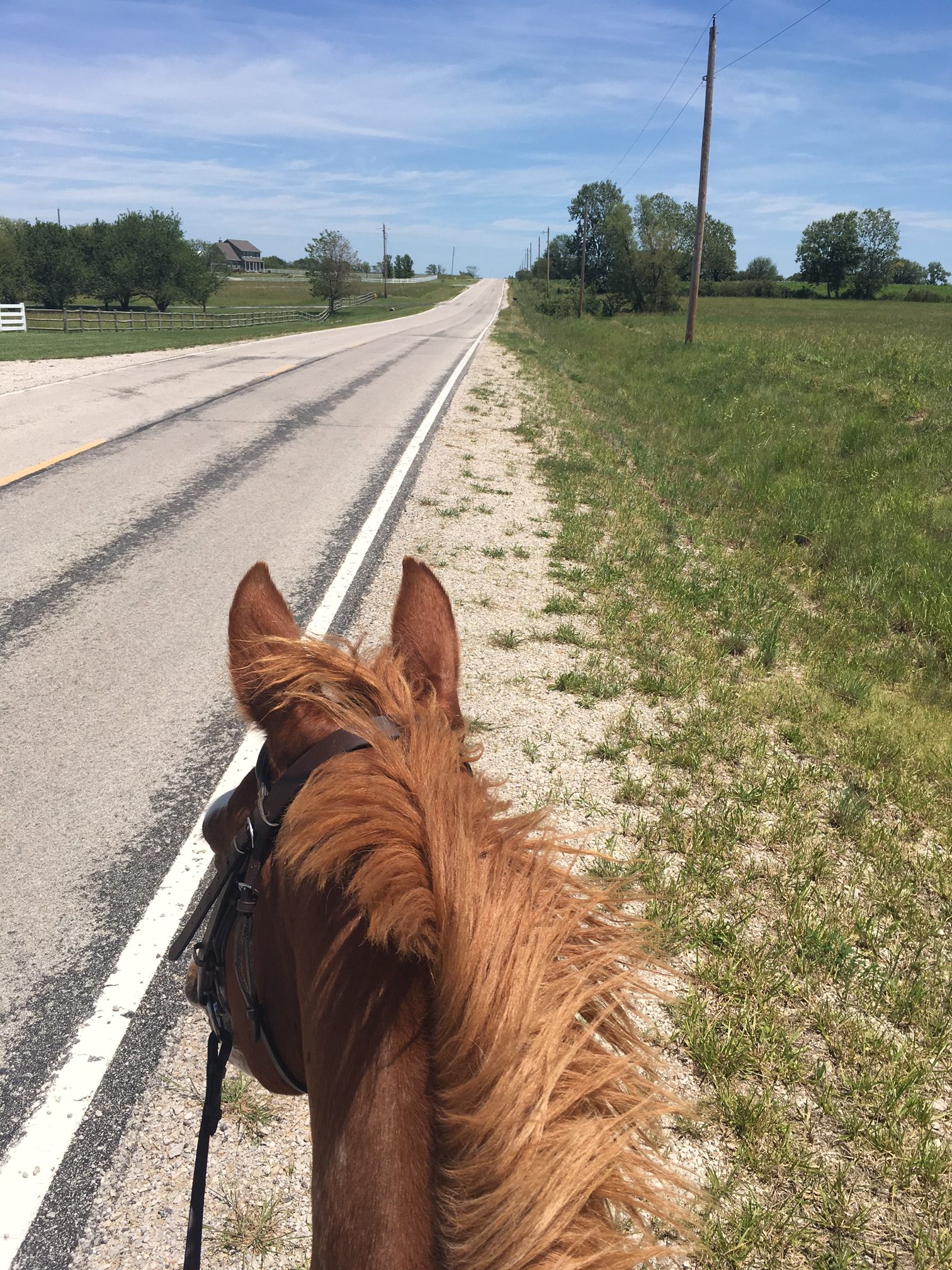 A lot has changed in the past few months. I graduated from college, landed a job at my dream company, and with the help of my incredible trainer, found the OTTB I’d been dreaming about, or so I thought. That story became complicated fast, and I ended up with an amazing, inquisitive, smart, athletic, hardworking, and unrideable horse.

But like my other three, he has added so much to my horse life, so much that I might have missed out on had I not fallen out of the rat race early and learned other ways to get contentment out of this complex equine world we’ve all chosen to live in.

The search has begun for my next partner, one who I’m hoping will be able to reach for some of my long, self-suppressed goals, but until that happens, and even if it doesn’t, I’m okay. I didn’t burn out, I didn’t cast aside my partners, I keep trying to get better, and I still get the sense of giddy excitement at the smell of grass, leather, and arena footing as I did at ten-years-old when this journey started.

Kaitie Marolf is a graduate of Kansas State University who just began her career in health communications and is pursuing a MS from University of Kansas. Her equine-related interests include her three horses, eventing, mounted games, PC, and volunteering with therapeutic riding programs. 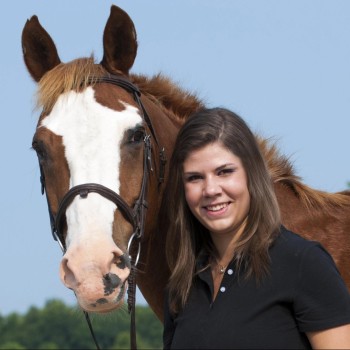