The Horse I Can’t Quit 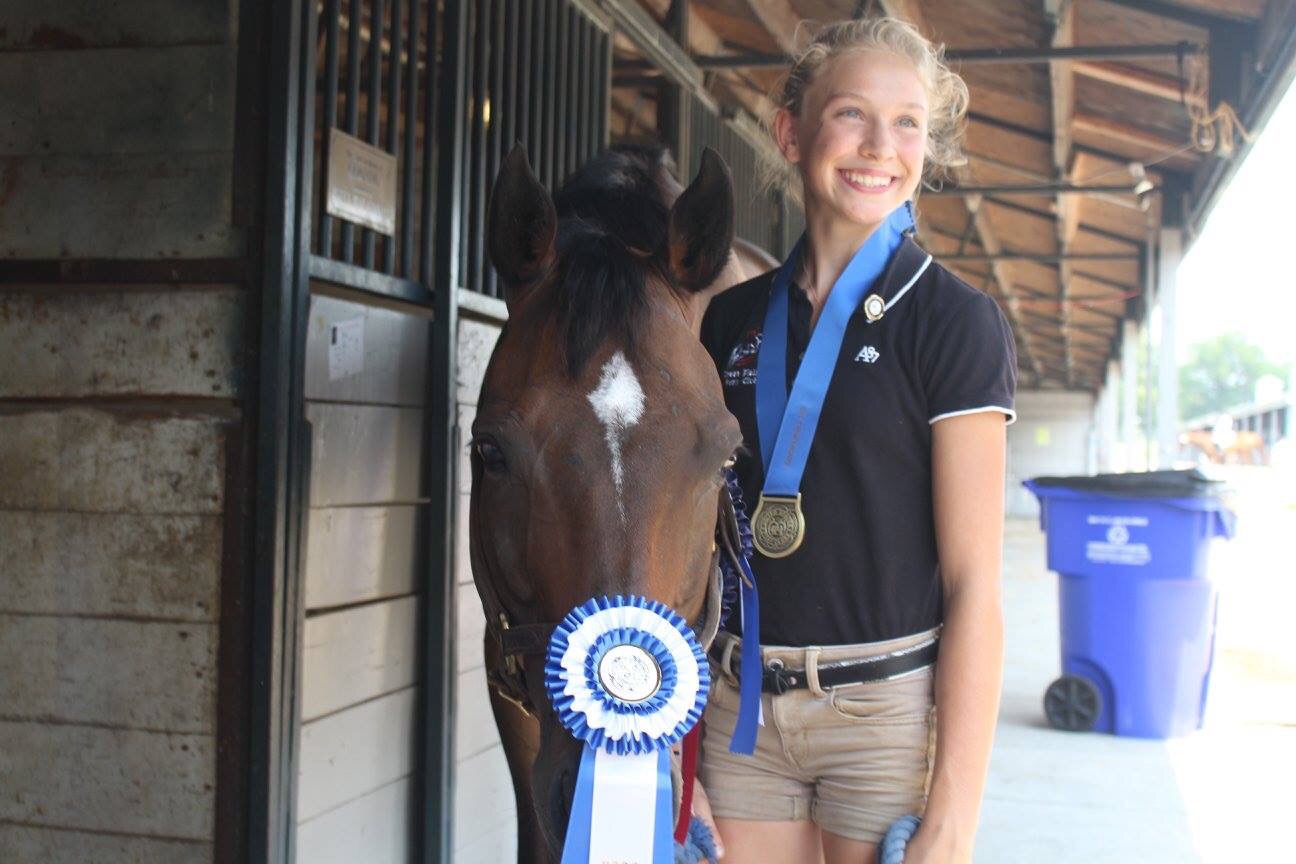 Five years ago I took on an off-the-track-thoroughbred with the idea that he would be an easy flip. Some quick cash. A safety net for my savings account.

Four and a half years ago I decided Mak was too much fun to sell right away. We would take some time to play. He was such a joy to be around.

Last summer, financially strapped and having difficulties with another unsellable horse, I made one of the toughest decisions of my life and loaded him on a trailer to Virginia. I cried myself to sleep that night after drinking an entire bottle of wine, but rationalized with myself that he had found an amazing home with a great kid and all would be fine.

Nineteen days later I realized I had made the biggest mistake of my horse life. The perfect home wasn’t so perfect, and the girl wasn’t the best match. He was unhappy and letting them know. This horse I had always believed to be amateur and kid friendly was pronounced crazy. Herd bound. Tough.

So after a few more tears were shed, Luke and I drove the 11 hours to Virginia and brought Mak home. We unloaded him back into his field that night and I stared out into the paddock with turbulent emotion.

Maybe I didn’t know my horse that well.

Maybe he wasn’t as easy as I, an experienced horseman, thought. Maybe I had epically misjudged both him and my gut. And maybe, just maybe, I had committed a huge disservice to him.

Although still financially strapped and wondering how I would ever juggle the two horses, I put him back on the market. People came and went, but nothing felt quite right. So I made excuses to some, saying he just wouldn’t be a good fit. I told others that their budget, home, or lifestyle wouldn’t work. I ignored any email west of the Mississippi, and anyone who inquired about a young rider mount.

Then fall came and the market went dry, so I turned him out into his field.

In the spring I pulled him back out and began to hack. We went to a few little jumper shows and bopped around, and then out of seemingly nowhere I finally made the decision that I was done.

The sale had nearly done me in, and the aftermath was devastating. But my horse was telling me that our journey wasn’t over. And so, in March, his ad came down and his entries went up.

I set goals for the year that previously I didn’t think were possible. I never thought Mak enjoyed himself as an eventer so I had listed him as a hunter. And yet, with just a single XC school this spring, I realized how wrong I was. His ears were pricked, his stride was strong, and his eyes were happy, and I just knew that he was back; that we were back. 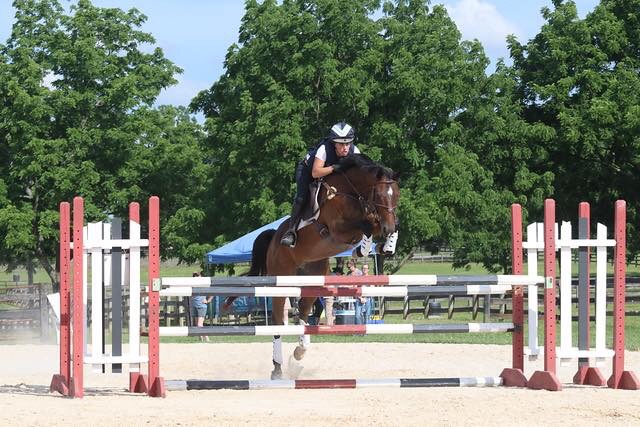 I had no idea his happiness and stability were about to be put to the test.

A few weeks ago my friend Dan called me. One of his clients was bringing his family to Lexington for the United States Pony Club Championships and didn’t want to haul his daughter’s mount in from Wyoming. Dan asked if I knew of a horse that a young teen would be safe on at 3′. I hesitated. My first thought was I had just the horse, but his past experiences led me to pause.

Was Mak safe for a kid? Last summer would say “no.”

Was Mak as amateur friendly as I thought, and a true kick ride? Last summer would indicate he had a stop in him.

Was Mak well mannered enough to survive a Pony Club rally where I couldn’t micromanage his every moment? Last summer would scream “no!”

Yet, I sat down and came to the realization that last summer wasn’t a true indicator of his brain, or his ability. It was a single moment in time, with a bad match, and a bit of a meltdown. He hadn’t been happy, and he made it known.

But he was happy now, and thus, I said yes.

Emma Reed arrived on Sunday night and immediately came from the airport to meet him. We tacked up, threw her up on him, and went into a 48 hour boot camp before the rally started. She had her first walk, her first trot, and her first canter just days before the competition. We popped her over jumps, and with each one you could see her smile grow. It was a great fit, and obviously the fit that was lacking just a year ago.

And he was perfect. 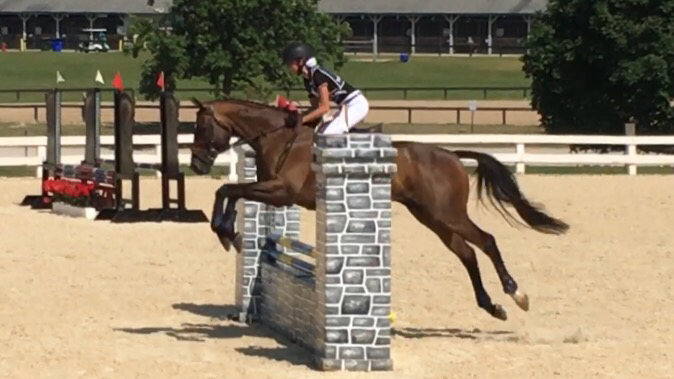 Emma went into the riding portion of her tetrathlon competition (running, swimming, shooting, riding) and threw down a foot perfect ride on a horse she had just met. Mak took the jumps beautifully in stride, but more importantly, he handled the auxiliary aspects of the ride well.

Emma had to dismount Mak, put down a split rail, walk him over it, and remount; all of which he took in stride. She had to jump a bank out of the arena and gallop up a steep hill to open and close a gate, which Mak definitely didn’t understand, but dutifully performed regardless. And, she had to care for him as her own, which we all witnessed her do. 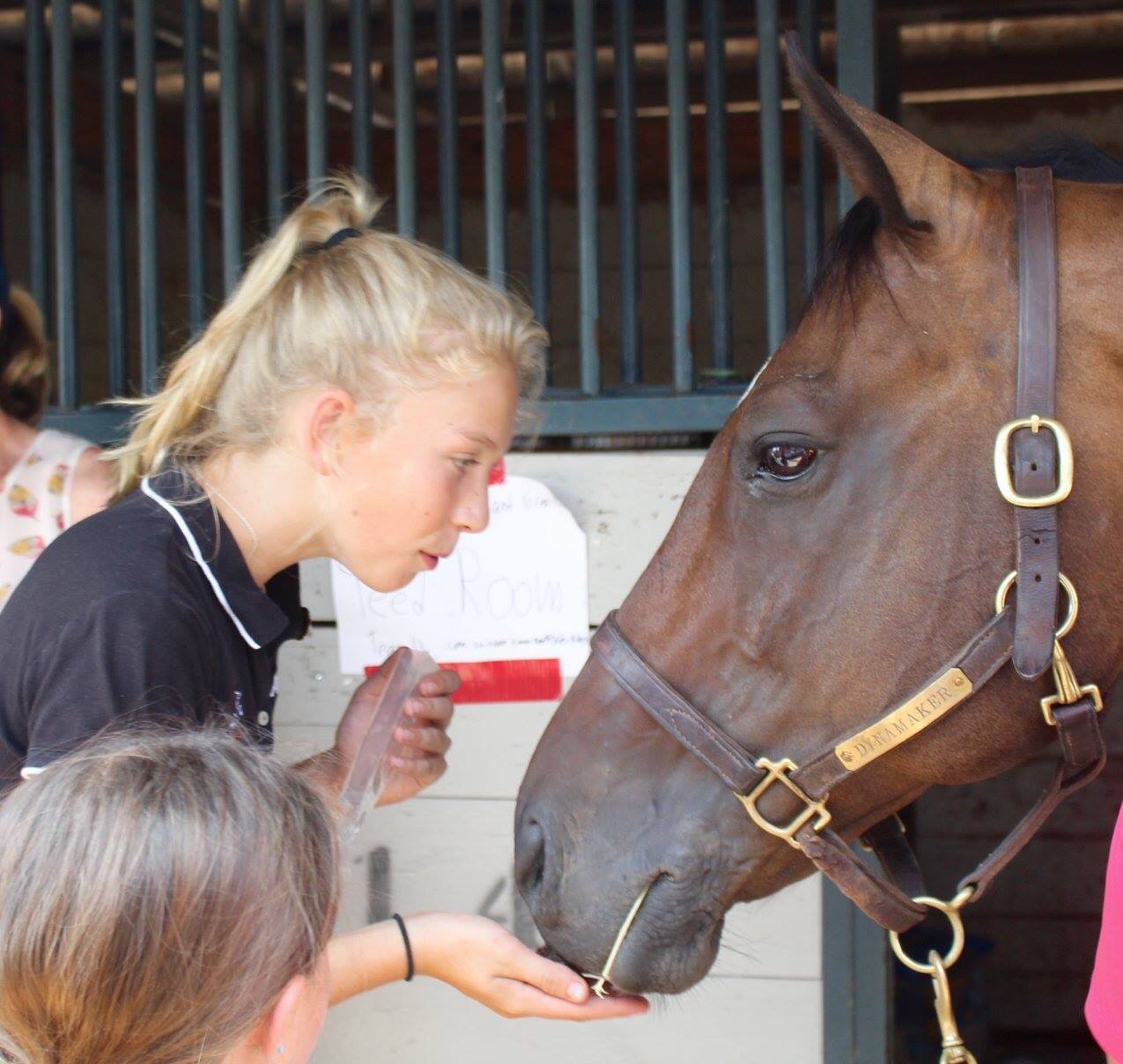 Not only did Emma do all that, but she also swam like a fish, shot like a sniper, and ran like a Usain Bolt. At the end of the week we all got to watch as she accepted her blue ribbon proudly, having won her division at the USPC Championships–a goal so few get to accomplish. And my pony was right there next to her the entire time.

After Emma left the ring I received a few inquiries about Mak’s status. Mothers who wanted me to let their kids try him, or trainers who saw the safety and sanity which he exhibited. I told them all “No thanks. I’ve already been there, done that.”

I know from experience that I can guarantee nothing. If I go bankrupt I will find him a perfect home before I let any aspect of his care suffer. But I also know that I will sacrifice just about anything before I let that happen again. Because Mak deserves it.

I have learned that I just can’t quit him.

He was brought into my life for a reason, and he has lived up to that reason quite often. He is brave enough for me to enter my first ever combined test at the preliminary level in just a few weeks. He is safe enough to hand off to a young teen who he has never met for a weeklong competition. And, he is happy enough to keep coming back for more.

And that is worth the trials and tribulations that we have encountered. He is with me now, and besides the loan outs and short leases to allow others to realize their dreams and boost their confidence, I don’t see that changing any time soon. 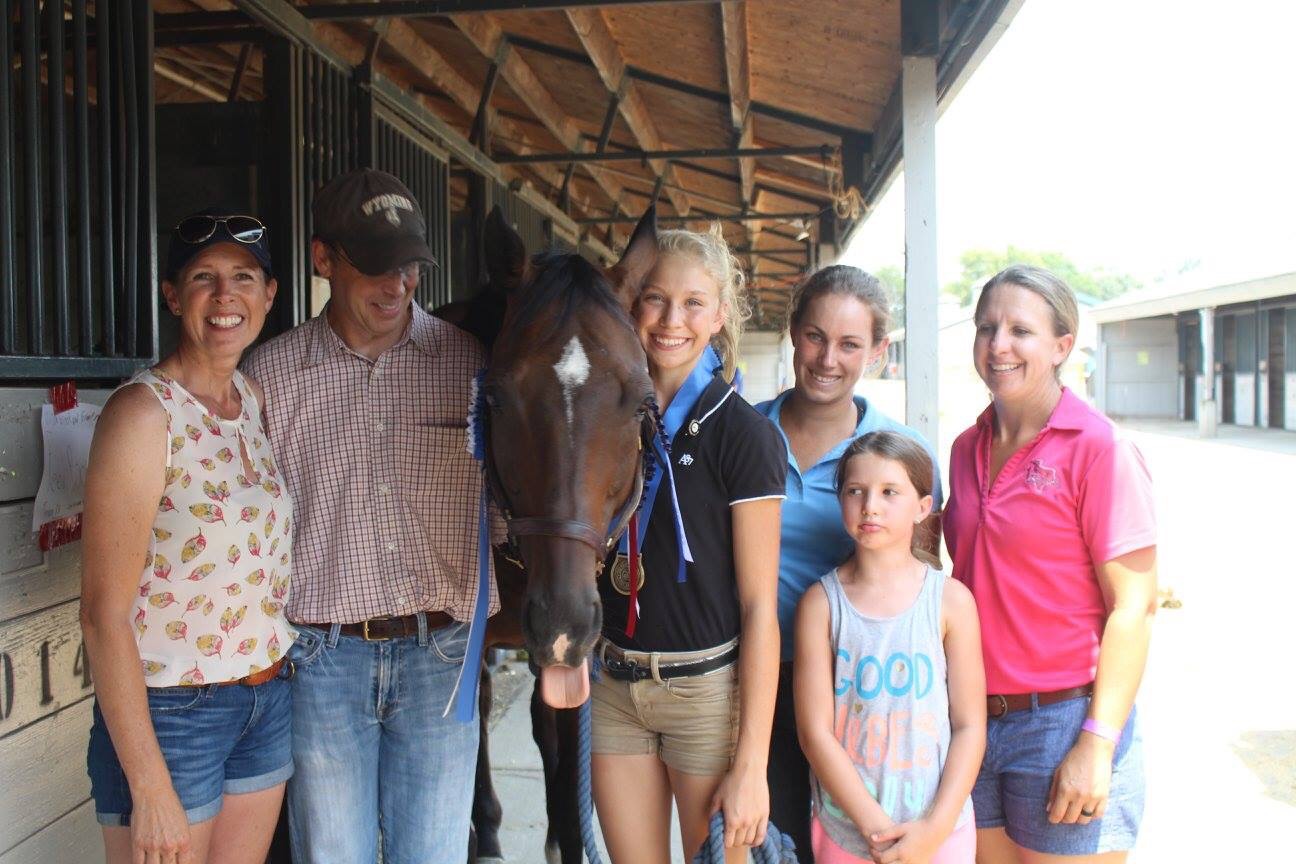