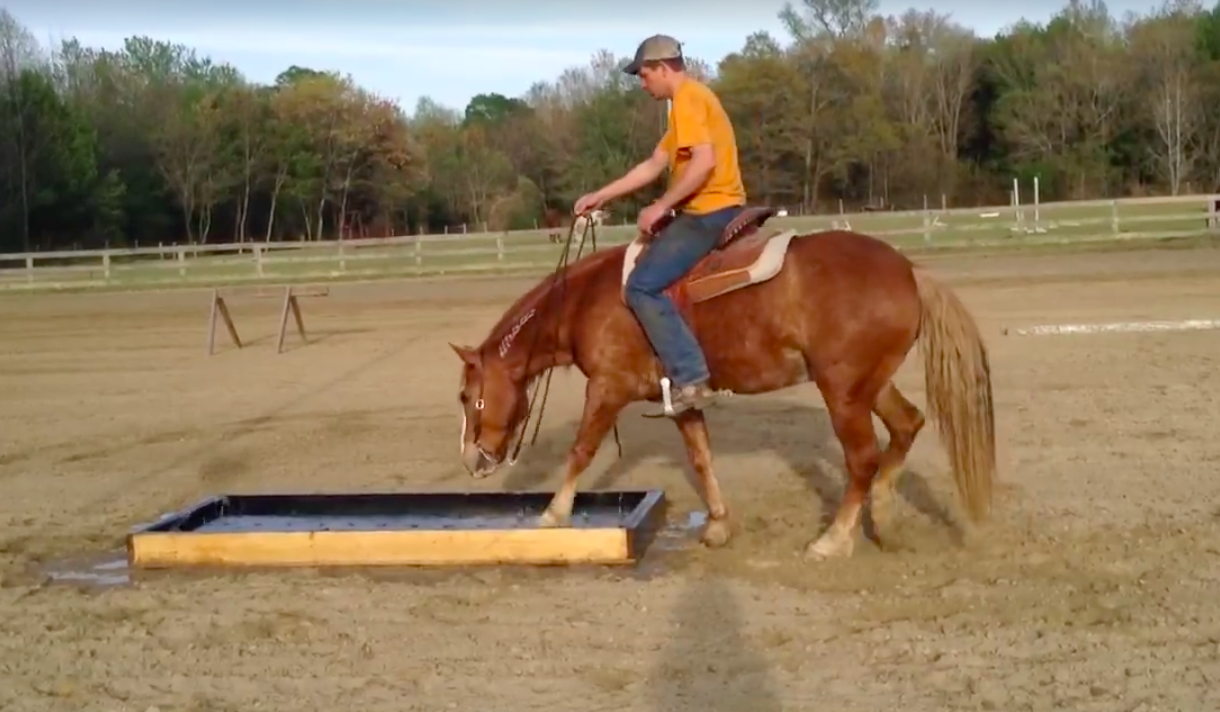 If there’s one thing you’ll probably take away from this video of trainer Jason Hiser and his horse, Delgado, it’s the obvious sense of trust between the two. It’s the kind of horsemanship that would be impressive in any situation, but for Jason and Delgado, there’s more to this story than meets the eye.

Now seven years old, Delgado is a BLM Mustang from Adobe Town, Wyoming. In May, 2013, the Hiser family adopted him as an untouched four-year-old at an auction in Mufreesboro, Tennessee. Jason planned to back and train Delgado in 120 days in order to compete in the Mustang Million (now known as the Extreme Mustang Makeover) competition in Fort Worth, Texas in September. At the close of the day, the family of four—Jason, his wife Carol, and their children Casey and J.W.—loaded up Delgado and two other mustangs they’d purchased at auction and set off toward their home in Benson, North Carolina. Not long after, disaster struck.

While driving through the Black Mountains, a rainstorm caused a passing car to hydroplane and careen into the Hisers’ truck, forcing it and the horse trailer off the road and over the side of Old Fort Mountain, where they slid 100 feet before coming to rest at the base of two trees. Miraculously, though their pickup was totaled, the family escaped with only minor scratches, as did their three new mustangs, who were tranquilized by veterinarians at the scene before being hauled back up the mountain by tow truck to safety. 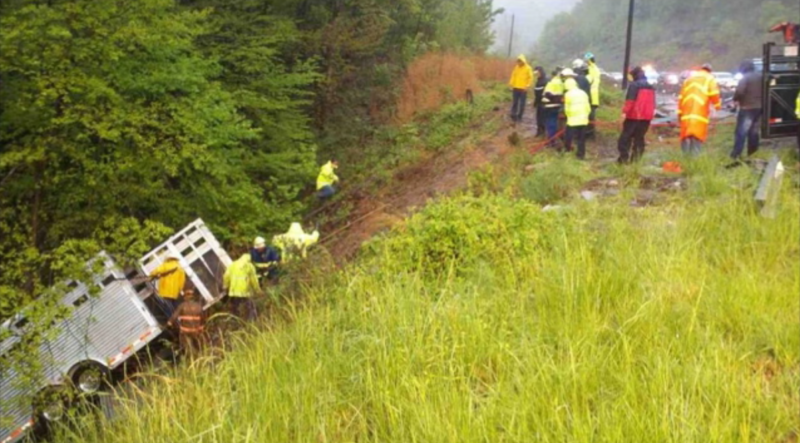 Despite the rocky start to their new lives, back at the Hiser’s farm, Delgado and his compatriots thrived under the family’s care. Faith, the smallest of the three horses, was trained by Jason and Carol’s daughter, Casey, who went on to win champion of her age division (8-12 year olds) in the Mustang Million and 16th overall out of 70 youth. Jason and Delgado placed 47th out of 190 in the Legends division.

“We are definitely a family of mustang trainers,” says Carol, who adds that this year, the Hisers took a break from the Extreme Mustang Makeover competition to continue to bring along and develop their horses. Casey has started to introduce her mustang to eventing (“Faith is very brave and is well suited for this discipline…she loves to jump!” says Carol), while Jason competes in obstacle challenges with Delgado, who is doing well in the top divisions. 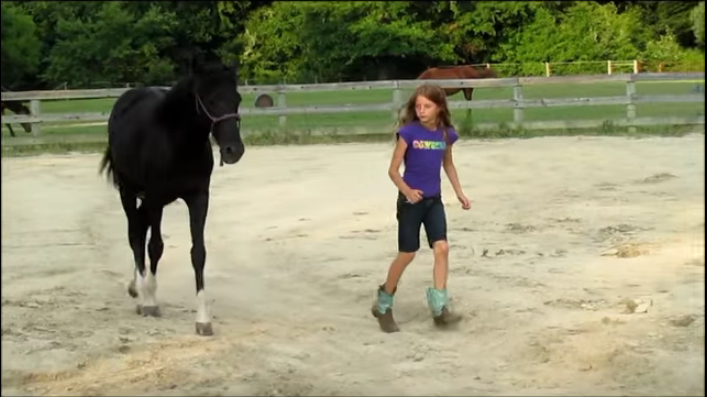 “He is a very nice, level-headed horse,” Carol says. “Jason compares him to a Dodge truck; very dependable and reliable. As a comparison, he describes his other mustang, Caballo, who he trained for the 2015 Fort Worth Extreme Mustang Makeover, as a Corvette—suped up with lots of bells and whistles. Delgado has total trust in Jason and is very brave when Jason rides him. I recently started riding him in obstacle challenges and realized that he is not as brave as he seems. He still does everything I ask, I can just tell sometimes he asks me, ‘Are you sure you want to do this?’ With Jason, he doesn’t even have to ask that question. I am working to earn that same trust. We have had kids of all ages and people of all abilities ride him.” 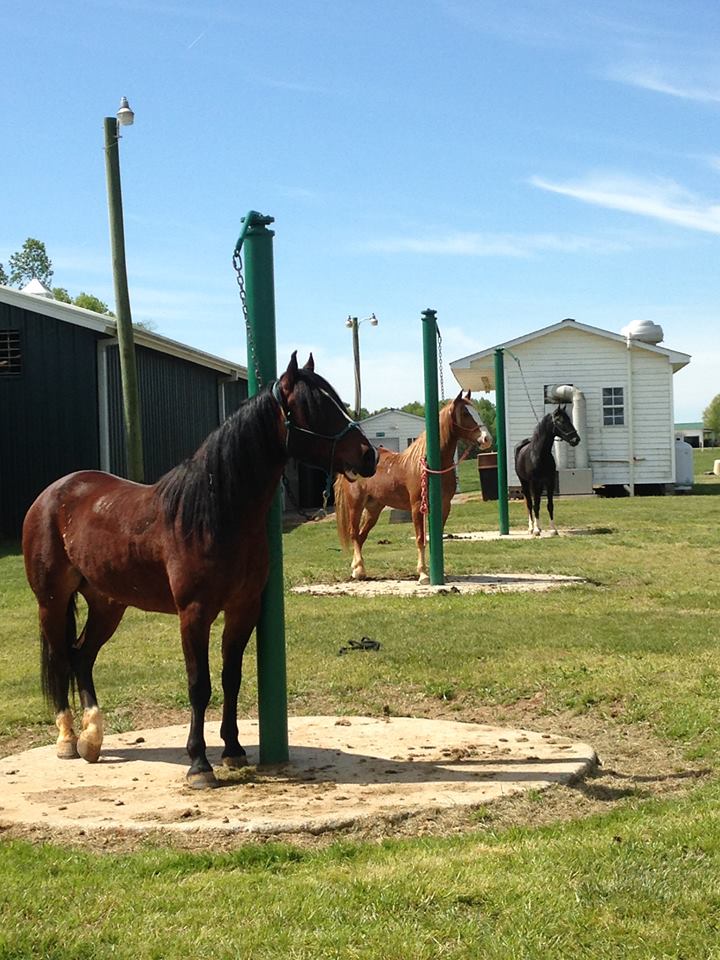 The Hiser family mustangs. From left: Caballo, Delgado and Faith (via Facebook.com/Carol Hiser).

Carol says that footage captured in her video below was the first time Jason had ever tried a Vegas-style water box with Delgado. He built the device himself using marine-grade plywood painted with waterproof sealer. The floating, inside board is also made of plywood, with 1-inch holes drilled into it. Jason uses scary obstacles like this as part of his training program, Carol explains, as “rest places” while he is doing other work with the horses. Over time, the horses learn to accept standing on or coping with scary obstacles since they know it’s a place where they’ll get a break from work.

“Delgado has never been a fan of manmade water boxes, even though he is perfectly fine with natural water obstacles. He never misses a chance to get a drink—a good mustang quality!” Carol says. “We knew this new water box might be an issue for him. Once he figured it out though, he has no problem with it. Now he steps right in.”

I can do this.