Is your horse lazy? Hot and high-strung? Does he get moody? Come out like a different animal every day?

Understanding our horses is hard work, and there are a multitude of factors that can contribute. But maybe there’s more at play than simply nature vs. nature. Maybe his celestial sign has something to do with it. Let’s find out! 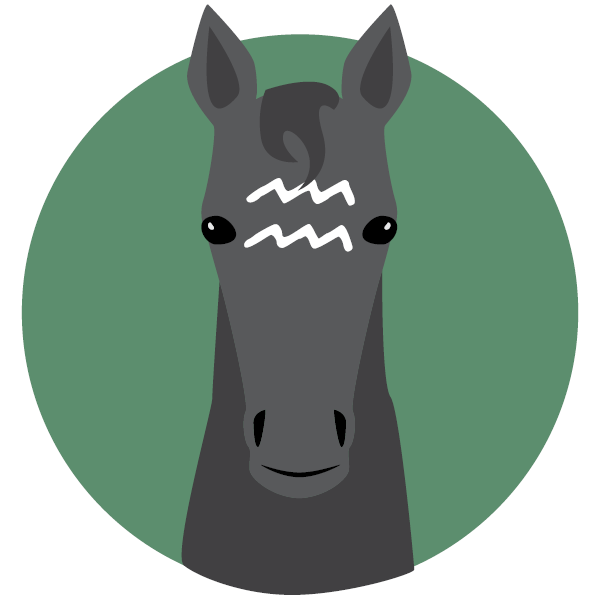 Trustworthy in the ring and does well in model classes. Prefers to have one rider. A trier who’s up for anything but enjoys being rewarded for his efforts. Likes rolling in the field and being muddy. Thoughtful. May procrastinate and ignore the aids intentionally. Enjoys spending time with people but may not get along with other horses. Occasionally unpredictable. A diamond in the rough that often exceeds expectations. 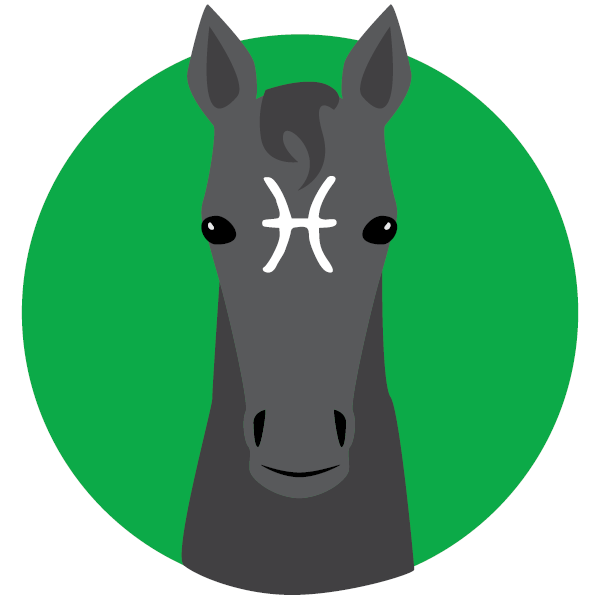 Gentle, kind, and intelligent. Likes to be the center of attention. Methodical when ridden, but will “talk back” on the lunge line. Can be a hard keeper. Loyal to their owners and fun to be around. Sensitive and thin-skinned. Affectionate. Always tries to do the right thing and worries if he does not understand. Very trusting of riders and can sometimes be taken advantage of as a result. Goofy, but in a good way. Easy to be around. A great horse but needs to bond with the right longtime rider. 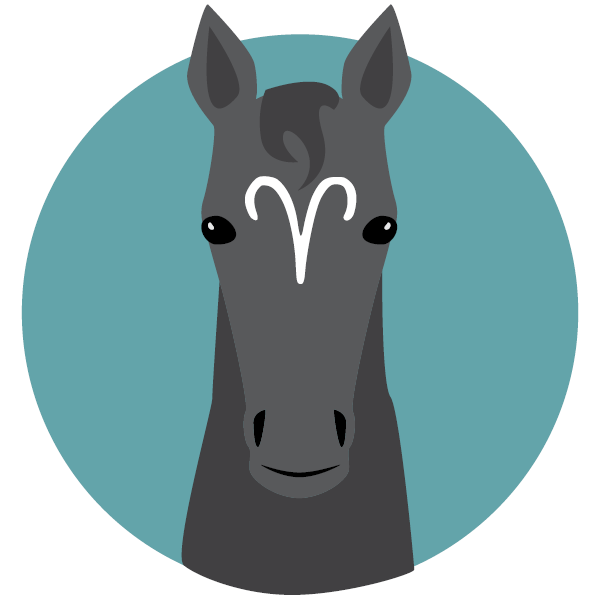 Dynamic and easy to fall in love with. Can be a different horse from day to day. Often physically impressive. Loves to bond with one person, and has devoted friendships with other horses. Can be very generous and giving toward the right owner. Talented and addictive to ride. Overreactive and always needs to be right. If you pick a fight with an Aries, be prepared to battle for hours. When you get him going well, an Aries can be the horse of a lifetime. 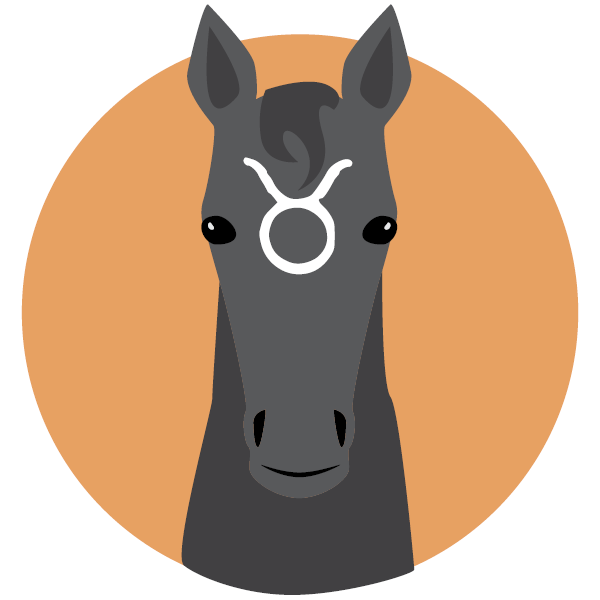 Enjoys being groomed and fussed over. Prefers to have one rider.  A horse that likes treats and attention, and can be annoying at times. Hot-blooded. Outgoing and loves new experiences. Will go the extra mile for his rider when the pressure is on. Can be stubborn, but cares about succeeding at his job. If he wants something (grain, turnout, to leave the ring) he can be self-centered, and will do anything to get it. Loves to nap in his stall. Generally attractive. Not a horse to take lightly. 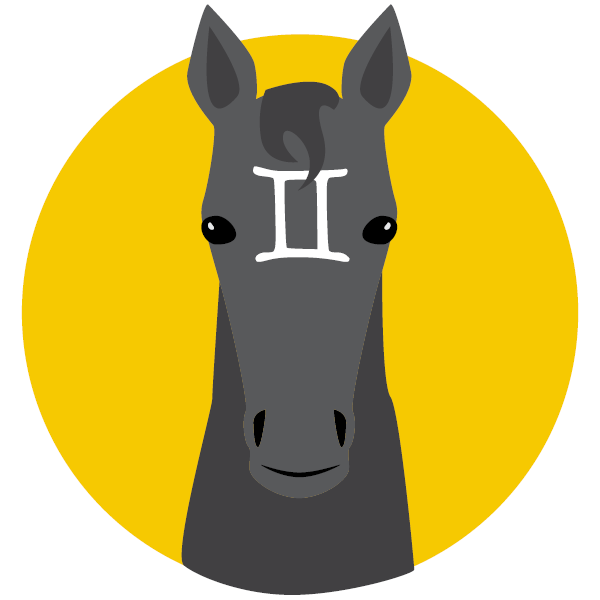 Good at listening, likes to be talked to. Can be very confusing to his rider. Usually well-behaved, but is capable of pulling a quick stop, buck, or spook every now and again for no apparent reason. Likes to be in charge. Easily offended but very forgiving. Forgetful when learning new things and requires patience to train. In the stable, he can be nosy and takes a long time to grow up. Bold personality, but generally happy and easy to get along with. Doesn’t mind multiple riders. 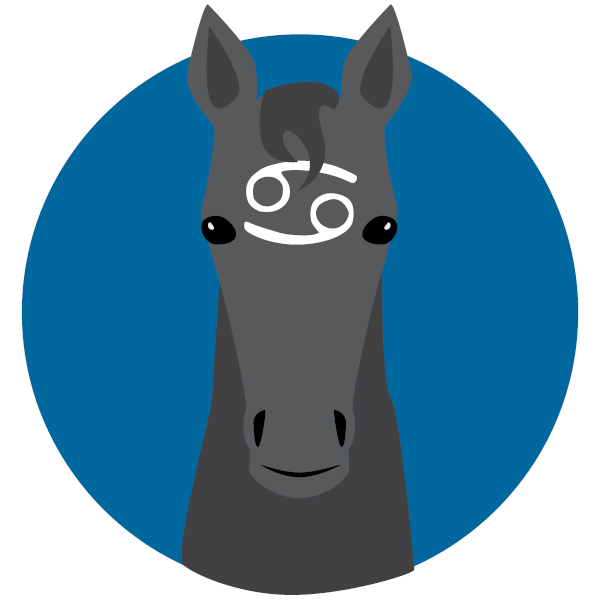 Makes a great kid’s horse and excels as a schoolmaster. Loves to stay at home and forms strong bonds with his owner and paddock mates. Very affectionate and sweet. Likes to think outside the box and can occasionally get into trouble as a result. May pick locks or come up with silly solutions to problems in the show ring. Playful and loves to be in the spotlight. Bonds deeply with owners and never forgets them. Prefers not to argue during rides, but will fight back if pressed. 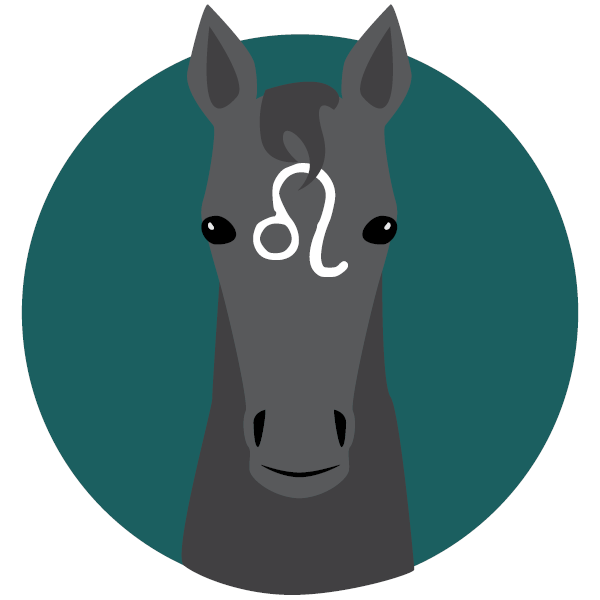 Confident, game, and fun to ride, Leos love attention and prefer to have the same rider for many years. Likes to take the lead, but often has a laid-back temperament and is easy to get along with. Can be grouchy and temperamental on rare occasions. A bad day at the horse show with a Leo will usually get worse before it gets better. Affectionate. Typically predictable, so he can make a good beginner horse. Excels at many disciplines. Hard to find and also hard to let go. 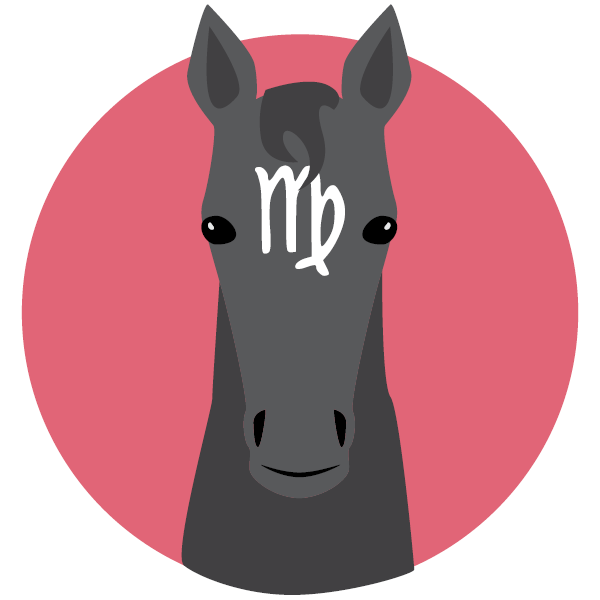 Picky and intelligent, Virgos like to be in charge of every scenario, including under saddle. Always wants the last word. Lovable, smart, and loyal. Easy to ride and easy to keep happy, as long as you do it his way. Naturally good as an equitation, western dressage, or eventing horse. Bold and unafraid to take chances. Thinks he knows more than his rider, and usually he does. Dedicated and methodical. Continues to work at a challenge until he gets it right. 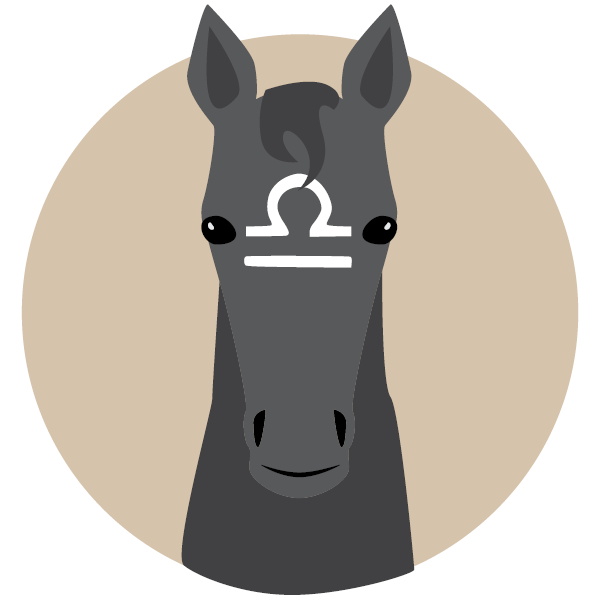 Kind, silly, and sweet, Libras like to be part of a team, whether in the paddock or the ring. Patient with a natural sense of fair play. Makes a wonderful lesson horse, but isn’t above making a pony camper cry every once and a while. Possesses the unique ability to wreak as much havoc as he can prevent. Charming. Faithful friends to the end, though capable of holding a grudge for years. Enjoys the finer things in life and loves being a show horse. 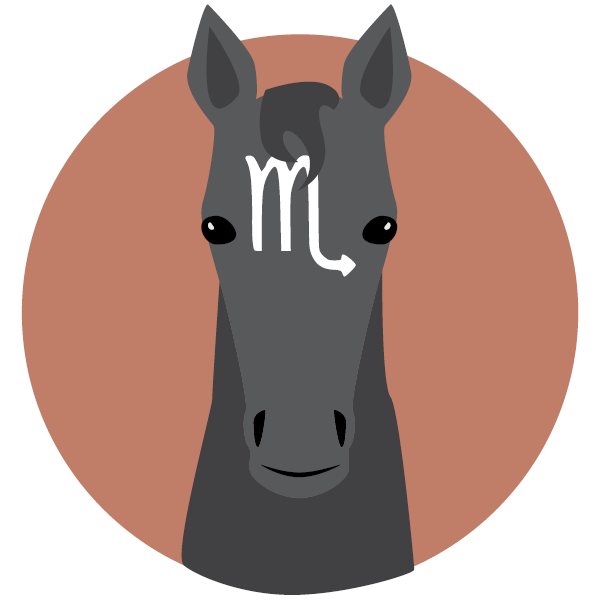 An all-around useful horse dedicated to doing his job. Energetic but predictable. Enjoys getting to know one rider over a long period of time, but is unafraid to start over with someone new. Brave. Naturally stubborn and enjoys having a job into old age, even at the expense of his health. Level-headed and unlikely to spook. Comes out the same every day. Mares are very protective over foals. A hard worker and a pleasure to ride and have in the barn.

SAGITTARIUS – The Thinker (November 22 to December 21) 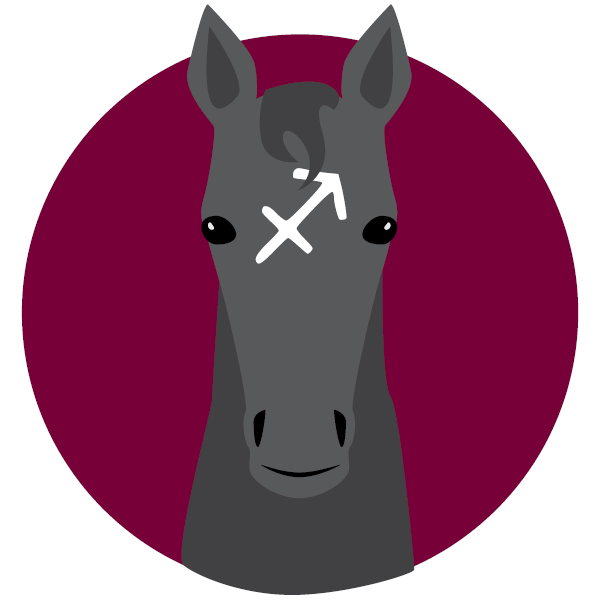 An intelligent horse who enjoys being in a long relationship with one rider. Athletic, steady, and game. Appreciates solo time in his stall or out in the field. Stoic. Does not suffer fools. Occasionally moody, during which times it’s best to put him away and start fresh another day. Enjoys trail rides and outdoor work. Prefers to think through spooky situations and training challenges first before acting. May love owner deeply, but not prone to show affection. 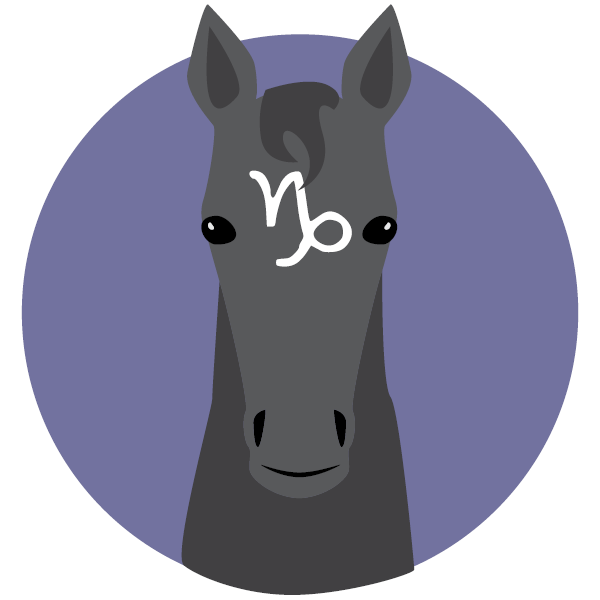 Hard work is the name of the game for a Capricorn. Enjoys his job and puts his all into it every day. Proud, ambitious, and determined. Ideal for busy lesson programs. Opinionated. Knows his job and does not appreciate those who would try and tell him how to do it differently. Loves to win, and is competitive by nature at horse shows. Great to learn on. Not prone to misbehave, buck, or spook. Possesses an innate sense of dignity. A treasure for any trainer.