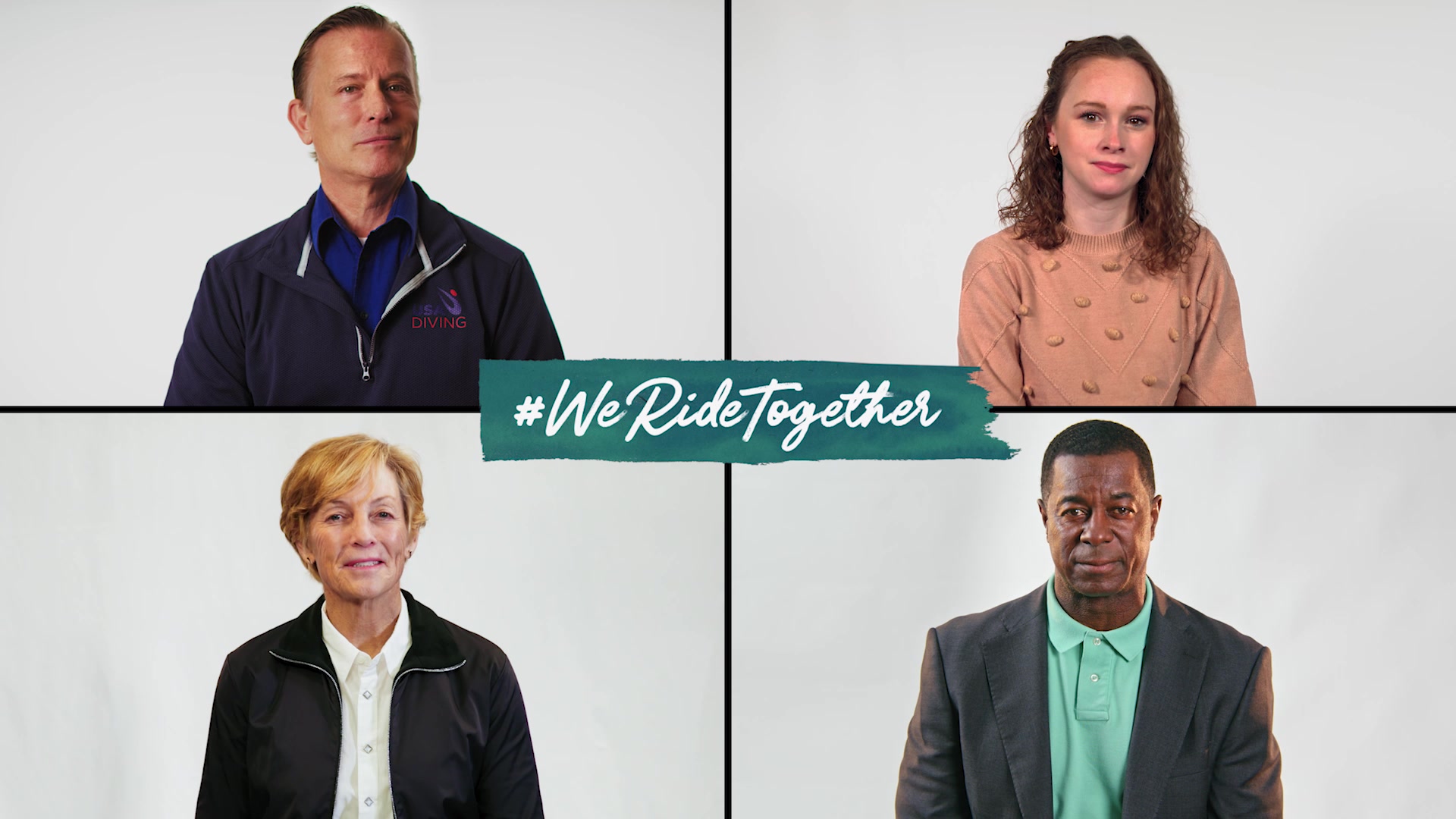 #WeRideTogether, a movement to empower, inform, and unite the equestrian community and beyond on sexual misconduct prevention, has partnered with The Army of Survivors, the only national organization advocating for and supporting child athlete survivors of sexual violence, to shine a light on the endemic issue of sexual abuse in all sports. At the center of the collaboration is a powerful, multi-part PSA showcasing survivor voices from a variety of sports, including Gymnastics, Football, Diving, and Equestrian.

The PSA is the fifth in the #WeRideTogether series of educational and eye-opening digital PSAs.

“Not Alone“ kicks off the collaborative PSA series and weaves together the raw and emotional accounts of abuse by gymnast and Larry Nassar survivor Grace French, World Class Diver John-Michael Lander, Pro Football star Dwight Hicks, and Olympic Show Jumping Silver Medalist Anne Kursinski. This multi-voice, multi-sport PSA series will also feature “My Story,” a nod to each of these victims’ journeys, as well as the first-person accounts from Nassar survivor and gymnast Danielle Moore, and Grand Prix Show Jumper Francie Steinwedell-Carvin.
Each narrative shares common themes: how normalized predatory behavior is for the victims, the overarching power imbalance between athlete and coach, and the overall lack of accountability by those in a position of power. Each story also underscores that grooming not only takes multiple forms but it also takes time.

“There is strength in asking for help, and we hope that #WeRideTogether gives people the strength and a safe place to come forward and be heard. By sharing the voices of athletes with different experiences from different sports, we are helping people to understand they are not alone,” said Carrie Kehring, #WeRideTogether founder.

#WeRideTogether is a true movement and cultural shift that demands increased accountability from trainers and coaches, gives survivors a safe platform to share their voices, and aims to diminish the stigma and fear of coming forward.

“It is our hope that through the #WeRideTogether movement, athlete survivors of sexual violence hear they aren’t alone,” said Julie Ann Rivers-Cochran, executive director of The Army of Survivors. “By sharing survivor stories, we are working toward our commitment to creating transparency, accountability and awareness surrounding sexual abuse in all sports, at all levels.”

To watch the full PSA series, learn more about how you can help, and share your story, visit weridetogether.today/aos.

ABOUT THE ARMY OF SURVIVORS