The 2016 WIHS Puissance: Do YOU Have What it Takes to Conquer the Wall?

Home > Blog > Show Jumping > The 2016 WIHS Puissance: Do YOU Have What it Takes to Conquer the Wall? 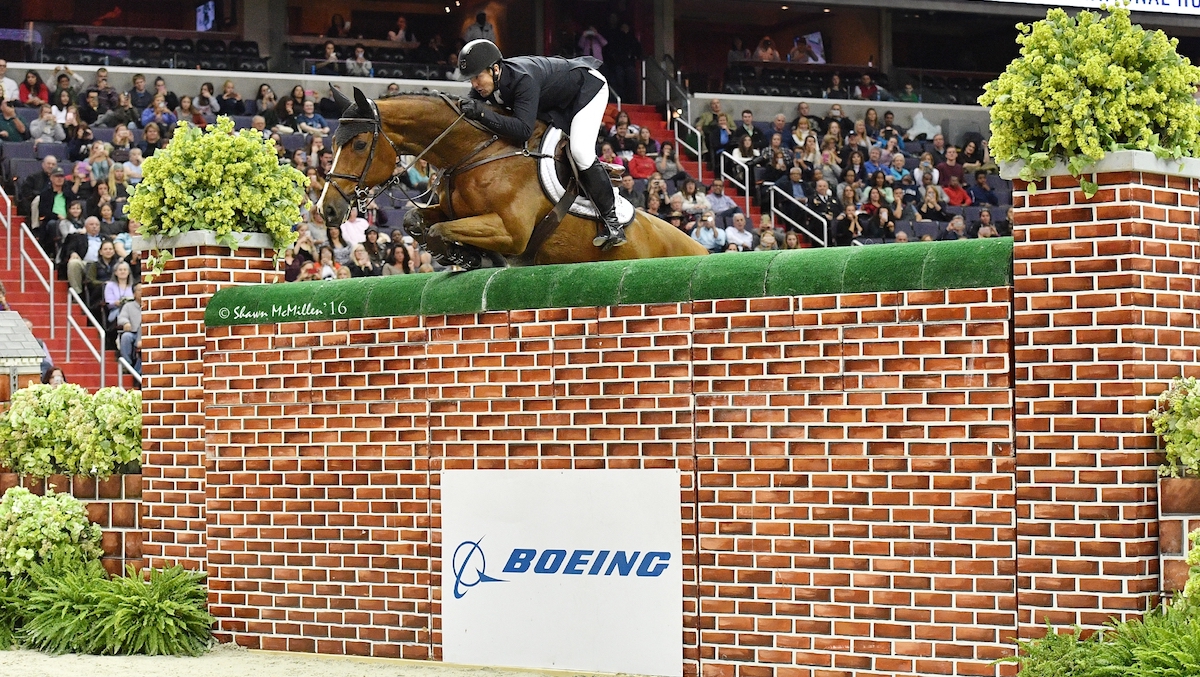 Catch all the highlights from last night’s Puissance at the Washington International Horse Show!

Named after the French word for ‘power,’ the Puissance is just that: a high-jump competition that tests a horse and rider’s scope, courage, and most of all, their trust in one other. (And no, that’s not a solid brick wall—the top portion is made of lightweight building blocks topped with felt and designed to break apart at the slightest rub.)

The end result is, in turns, both thrilling and nail-biting to watch. Or, as a friend and first timer told me after attending last night’s class at the Washington International Horse Show (WIHS), “Watching it makes me feel like a giggly school girl!”

The competition usually takes place over five rounds, with the giant wall raised incrementally at the close of each round at the decretion of the course designer. Riders must complete a short, three-jump course before tackling the wall in the first round, and then just a spread jump (in this case, a triple bar) before the wall in every subsequent round. A rail at any of the jumps on course results in disqualification.

Top prizes go to whoever can jump the highest, or, as is often the case, whoever can reach the coveted “7-Foot Club”: a highly exclusive group of horses and riders that includes Rodney Jenkins, course designer Anthony d’Ambrosio (who has held the record of 7’7″ for more than 25 years), and Margie Goldstein-Engle.

“Both Aaron and I have a good history in this class and we enjoy it and the crowd enjoys it,” said Ward, who has only shown his horse ZZ Top, a 15-year-old Zangersheide gelding, twice in the past. “As far as I know this is the biggest he has jumped. He is a wonderful horse—I have bought and sold him a couple of times now. He has been a great horse for many people and after this, he will probably go and be a great teacher for somebody else next year.”

For his part, Vale used last night’s competition as a warm-up for Finou 4, a ten-year-old Hanoverian gelding who will compete in tonight’s $130,000 Longines FEI World Cup™ Jumping Washington. “He is a very fresh, energetic horse, so my plan was to jump him tonight to hopefully take the edge off him and give him some focus for tomorrow. He has a lot of power and he is pretty limber, so I had an idea he could maybe jump a big fence pretty well.”

I think we can all safely say that he can.