Clinical Crisis: Why Are So Many Veterinarians Committing Suicide?

Home > Blog > Health > Clinical Crisis: Why Are So Many Veterinarians Committing Suicide? 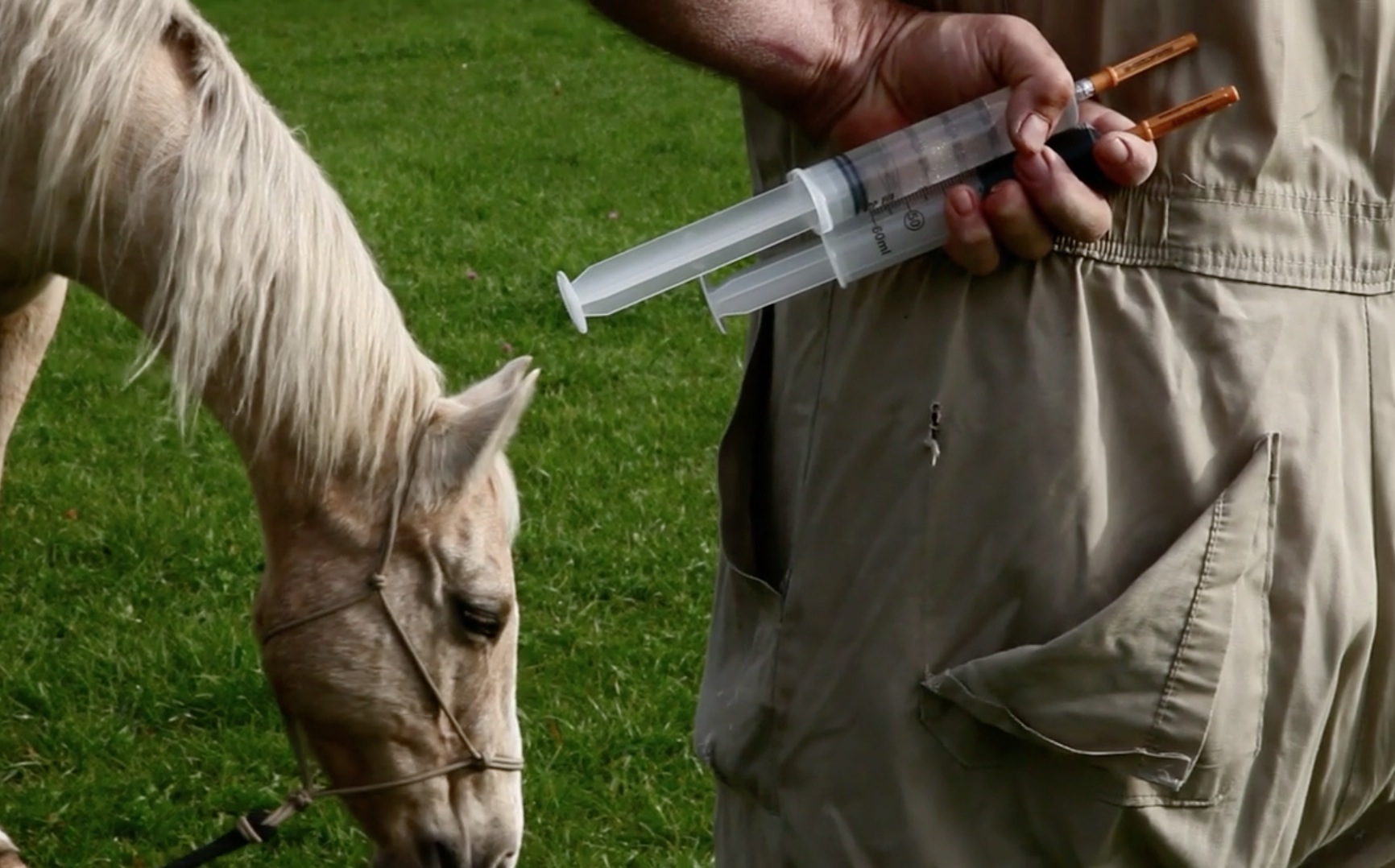 It was after midnight on New Year’s Eve when Dr. Carlin Jones stepped outside her mother’s house into the frigid Maine air. She sat on the deck. In her hands she cradled a syringe containing 2 cc of the horse tranquilizer xylazine—enough to make the average 1,000 lb. horse groggy and cause respiratory arrest in humans.

“I thought 2 ccs would be swift. I planned to hit my vein. I am often told I have great veins,” she says. “I remember it was freezing cold. Ridiculously cold. But I was going outside because I didn’t want to make a mess in my mother’s house.”

“I was very pleased with myself for being so proactive. I figured it was the least I could do, but that’s because in my mind, I was doing this to make my family’s lives easier,” she says.

That New Year’s Eve in 2010 was a culmination of a professionally and personally trying year for the 34-year-old Jones. After months of job related stress and unhappiness, the equine reproductive veterinarian had just been fired from a workplace she describes as toxic. She had also been dealing with serious health problems—an unexplained neurologic issue doctors suspected was Multiple Sclerosis.

“I was told if it was multiple sclerosis it was probably the primary progressive type that is pretty aggressive and I would be in a wheelchair within 10 years,” she says.

Jones sat with the vial of horse tranquilizer for several hours in the freezing cold. She sat there until the sun began to peek over the horizon, then walked back inside. “I was hypothermic,” she says.

“I came inside and sat on the couch for a while, and went to bed around 6 a.m. I woke up a few hours later and went about New Year’s Day like everything was fine.” 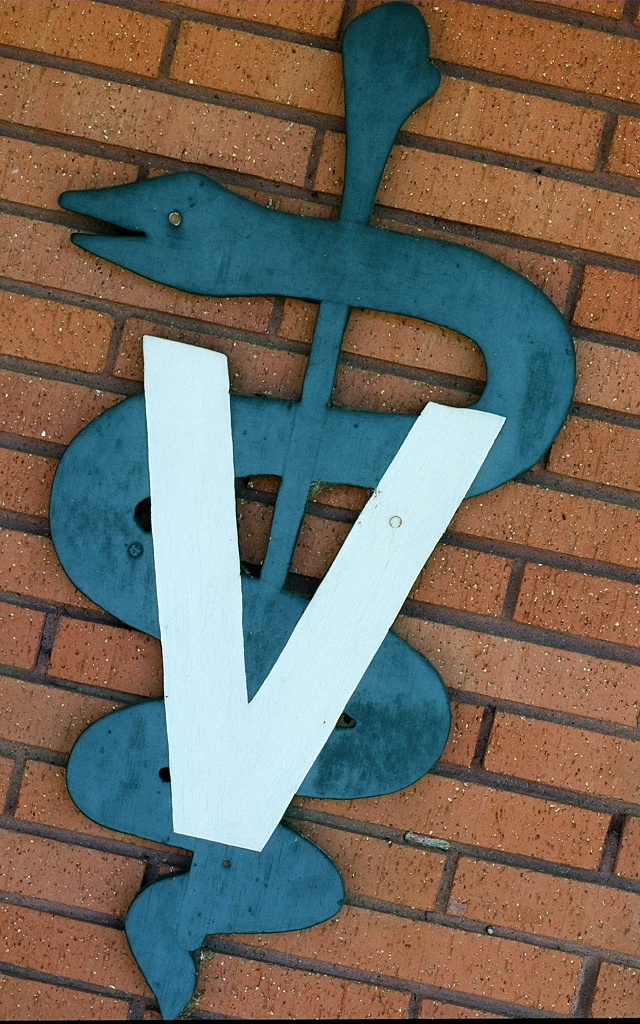 Jones’ story is not an unfamiliar one in the veterinary profession. In the last decade there has been an explosion of research into mental health and suicide within veterinary medicine. A 2008 U.K. study first raised alarm bells when it found veterinarians commit suicide at a rate of four times that of the general population and twice the rate of medical doctors and dentists.

Numerous high-profile suicides have shaken the veterinary community in the last few years. In 2014, Dog training pioneer Dr. Sophia Yin took her own life, as did New York City veterinarian Dr. Shirley Koshi, bringing the topics of job stress and mental health to the forefront of professional conferences.

“That’s what we’re taught—when the pain is too bad, euthanasia is the one thing left we can do.”

One of the first mental health surveys of U.S. veterinarians, conducted in 2014 by Dr. Randall J. Nett and Dr. Tracy Witte, found one in six veterinarians may have considered suicide, and one in 10 have experienced serious psychological distress.

Witte, a suicide researcher at Auburn University, first became interested in the topic in 2010 when she saw the alarming U.K. study showing the abnormally high suicide rate among veterinarians.

“I thought that was interesting, but as I dove into the literature, I noticed that there was a lot of gaps in knowledge,” she says.

Based on the data Witte has collected, work overload is one of the most commonly cited causes of psychological distress in veterinarians. Dr. David Bartram, author of the 2008 U.K. study, says his findings are similar. He cites work-life conflict, conflict with animal owners and staff management responsibilities as the major stressors veterinarians face.

“We’ve got a lot of vets saying they’re not interested in managing staff,” says Bartram. “They want to be vets but they are temperamentally ill-suited or don’t have the training or resources required [to manage an office].”

For Jones, her identity was wrapped up in being a veterinarian, so when work conflict arose it was that much harder psychologically to deal with. During her vet school years she had even resigned herself to the fact she might never have a partner or family.

“I wasn’t going to have kids or a family. Just work-work-work. I thought I was content with that direction, I was ok with doing nothing but working, but then I ended up meeting my husband and realizing that might not be the best course in life and there were other things than just work.”

“Sometimes my husband has said to me, ‘I’m jealous because I have a job, but you have a career, it’s part of you,’ and I say to him, ‘that’s not always a good thing.'”

The other contributor to suicide and psychological distress, according to research, is the exposure to euthanasia and access to drugs used in euthanasia, coupled with the knowledge of how to use them effectively.

“As veterinarians, we do view death as the end of pain,” agrees Jones. “That’s what we’re taught—when the pain is too bad, euthanasia is the one thing left we can do. So when we’re in that much psychological pain we’re going to look at it that way.”

What is being done

According to Dr. Bartram, professional veterinary bodies throughout the English speaking world are taking notice and beginning to talk about these issues.

“It still has a tremendously long way to go, but it has changed considerably. There’s hardly a veterinary conference in the English speaking world when wellness isn’t on the program somewhere. That’s a seachange,” he says.

Indeed, the stigma around talking about mental health and suicide and reaching out for help is lifting. In 2015, two veterinary students—Taylor Gaines and Amanda Carlson—started the blog Beasts Unburdened, offering support and tips for handling stress and looking after mental health. They even have a space on the site where students can share their experiences anonymously.

Gaines was moved to create the blog following the suicide of a second year Ohio State veterinary student. He wanted a place where students and veterinarians could share their experiences anonymously and lift some of the stigma and isolation associated with mental health issues and suicide.

Gaines says that veterinarians need to talk about these issues in “a real way.”

“Not just a vague ‘sometimes people feel sad’, but people need to step up and say ‘I have felt like I wanted to/have tried to kill myself. I am still here, here is why,'” he says.

“I can’t say I know exactly how it will get better, why it gets better, but it does and I’m incredibly grateful I didn’t do it.”

Last year, they informally surveyed veterinary students at the University of Wisconsin and Virginia-Maryland College about sleep and study habits. The average respondent reported sleeping 6.74 hours per night and studying 4.1 hours per day, not including class time. Participants reported on average working 37% more than they thought was reasonable.

At the veterinary school level Carlson says some schools have organized retreats for faculty to attend that focus on promoting wellness within the profession. “The momentum for these projects continues to pick up steam, but a lot of dismantling of the previously established stigma need time to be effective.”

For practicing vets, Witte says that state veterinary bodies are implementing wellness programs with support and hotlines veterinarians experiencing psychological distress can contact. Alabama, where Witte lives, has one of the oldest of such programs in the country. And there is a similar program in the U.K. with a 24 hour hotline that veterinarians can access if they are feeling psychological distress.

Gaines says that clients need to be aware of the stress and struggles associated with the veterinary profession as well. “I can tell you, vets are not in this for the money,” he says. “Ask them how their day is going. Tell them thank you and you appreciate them and what they do for you and your animals.”

For Dr. Bartram, something as simple as ensuring an hour lunch break in the work day can reap myriad rewards in the psychological health of veterinarians.

“Actually book a lunch hour and force everyone to take their lunch and sit together for half an hour. Something where you can chat to your colleagues informally can produce a great return on investment in terms of mental health,” he says.

Six years after coming so close to ending her life, Jones is in a much better place. Her neurologic issues have cleared up and she has found new employment at a clinic in New York State with the “greatest group of people.” 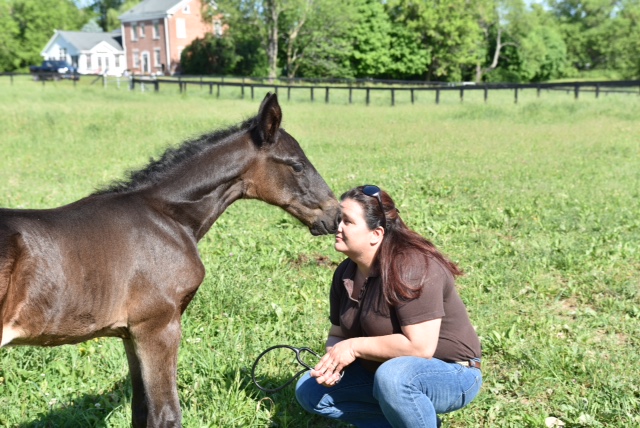 A healthier and happier Dr. Jones.

To keep herself mentally healthy, Jones periodically checks in with a counsellor and now ensures she sets aside time each week—no matter what her workload—to spend time with her husband and daughter. Learning to navigate that work life balance wasn’t something she was taught in veterinary school, it was something she had to stumble across herself.

It was just two weeks after her brush with suicide that she was offered her new job.

“The biggest thing I would want any person in that same position I was in to remember is that it does get better. I can’t say I know exactly how it will get better, why it gets better, but it does and I’m incredibly grateful I didn’t do it.”